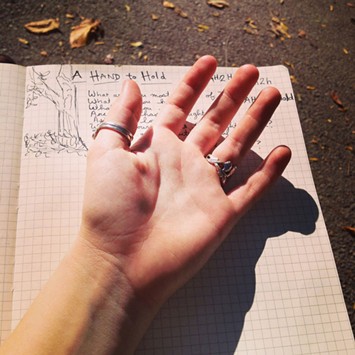 On April 24, Cheyenne Mountain Zoo welcomed some new residents: five African penguins, who will be a part of the zoo’s newest exhibit, Water’s Edge: Africa. Four penguins came from San Francisco, while one came from the Denver Zoo. “Although the Zoo is temporarily closed until further notice, construction on Water’s Edge: Africa continues,” said zoo staff in a press release.

The city of Colorado Springs kicked off the fifth season of 2C road construction April 22. About 225 lane miles are scheduled to be paved this year, which would bring the five-year program total to 1,069 lane miles.

The Rocky Mountain Region of the U.S. Forest Service has created a web page with updates and closure information for the 24 national forests and grasslands across Colorado, Kansas, Nebraska, South Dakota and Wyoming. Find it at tinyurl.com/y9d4jwhv.

El Paso County Deputy Robert Easter, 50, was arrested April 23 by the Colorado Springs Police Department and booked into jail on charges of second degree assault related to domestic violence. Easter is free on bond and has been placed on administrative leave.

Parolee Daniel Valentine, 42, of Fountain was arrested April 22 in connection with a Metro Vice, Narcotics, Intelligence (MVNI) investigation that recovered $762,000 worth of heroin, methamphetamine and cocaine. Four guns, two vehicles and $36,992 also were seized.

In consideration of employment and financial circumstances caused by COVID-19, the Colorado Department of Human Services is increasing eligibility periods for child care assistance. Visit colorado.gov/peak to apply or learn more.

Initial results of COVID-19 testing at the Sterling Correctional Facility showed 138 people in prison were positive for the coronavirus, out of 255 who were tested.

A local project has started up in hopes of encouraging connection during this time of social distancing. AHand2Hold asks participants to take a picture of their hand and submit it to the project, along with a piece of writing reflecting on a time they felt “held,” wisdom or knowledge they hold, or a person whose hands they wish they could hold. Writes Sophie Thunberg-Trémeau, project organizer: “Share and describe feelings of being held and any perspective that this experience may have offered you.” Visit ahand2holdproject.com to learn more, or submit your hand selfie to ToHoldAHand@gmail.com.