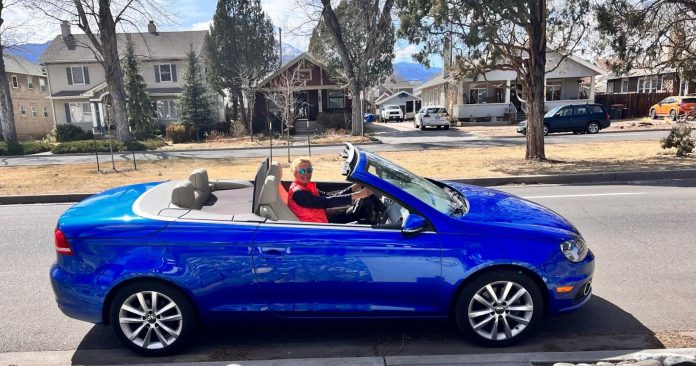 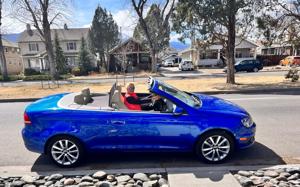 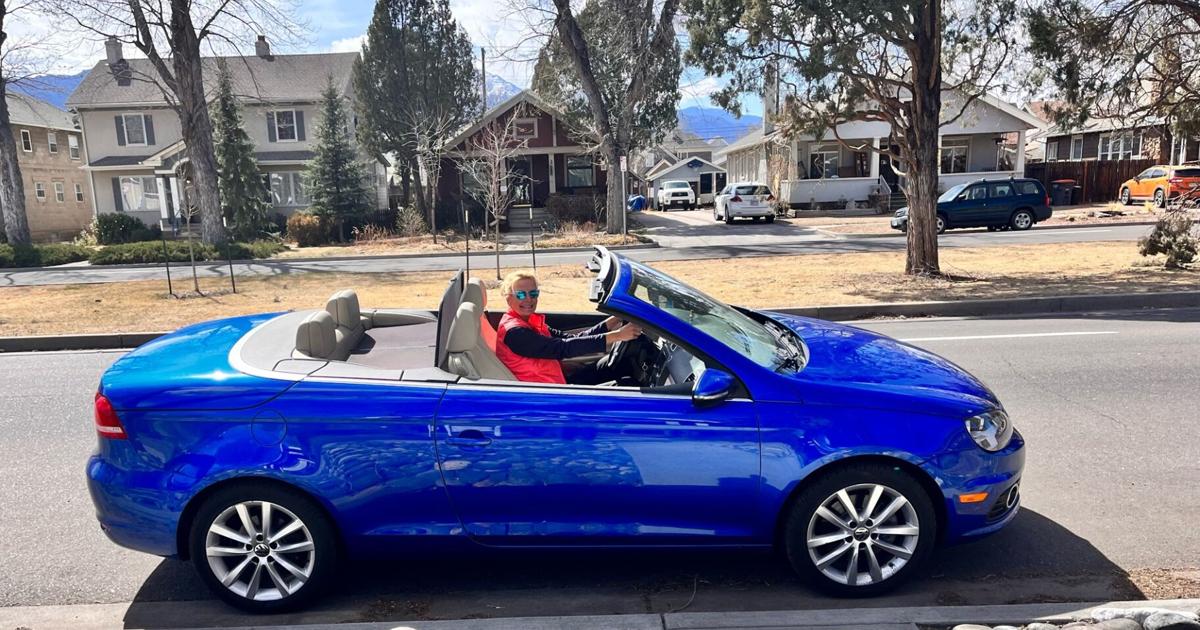 As the clock struck midnight and the calendar rolled over to 2020, I was excited about the year that lay ahead. It seemed such a perfect number, one of clarity of vision and nice round digits.

I had my dream job — traveling the world raising awareness and money for clean water projects in India and Africa — my son was about to graduate from college, and I had just joined the board of the nonprofit Asia Foundation with meetings planned for the Philippines and Australia.

My story is no different than every other person on the globe that faced disappointing and difficult scenarios, and I was luckier than so many. We did not face true financial hardships and being quarantined in Colorado with millions of acres of open space was certainly not difficult either.

Like many, I used the time of confinement for other creative outlets and started painting, exploring new menus, binge-watching outstanding television and road-tripping across America.

By February of this year, though, heading into the third year of the pandemic, and with vaccines and a booster under my belt, I felt it was time to get back into the workforce. I didn’t want to work in an office or store and have to wear a mask for eight hours a day. And with my mother now approaching 92, I couldn’t take a job that took me away from home for weeks at a time. I needed true flexibility.

I had my “aha!” moment during a bout of mild COVID in mid-February, while watching oodles of hours of TV. It was the show “Younger” that inspired my next step. Foster Sutton plays a 40-year-old woman who divorces her husband when he loses their savings via his gambling addiction. As a 40-year-old reentering the workforce in publishing, she has no appeal and no prospects. Her friend convinces her she looks much younger and she should alter her resume to say she is 26. When a cute 20-something-year-old hits on her at a bar, she is convinced that perhaps this scheme could work.

The show is seven seasons (and yes, I watched them all) of how she navigates a new landscape, with a new language, new economy and new styles and trends, but with the experience of a 40-year-old who happens to be a mother.

I decided that I, too, was going to explore the workforce of a younger person — one that combined both gig and shared economies. So I signed up to be an Uber Eats driver.

Uber Eats was started in 2014 as the food delivery offshoot of Uber, the ride-sharing service. I had a car and time. I picked Uber Eats versus Uber because my car is a two-door convertible that didn’t fit the driver profile. Plus, when I signed up, masks were still requisite for drivers and passengers and that didn’t sound as much fun.

To become a delivery driver, I filled out some basic forms and agreed to a background check. Once approved, I provided photos of car insurance and registration and was on my way. I decided I would do 100 deliveries in roughly a week, which I hoped would provide me a real sense of the enterprise. I downloaded the app, turned it on and off I went.

I picked a week with temperatures in the 70s so I could put the top down. I drove toward downtown and heard my first of what would become a recognizable “ping” that indicated I had a pickup. It was 11:30 a.m. and I was directed by my phone’s navigation app to head to Nevada Avenue and pick up food at a fast food restaurant to deliver to a TV producer at KKTV. Having worked for the CBS affiliate in Cleveland as a TV reporter, I felt this was a positive omen.

For the next week, I let the amazing algorithm that is Uber Technologies guide my journey. I was incredibly impressed. While I was driving, I would be beckoned to a pickup. I would walk into the restaurant and within seconds the delivery would either already be waiting for me or it would be “just up.” I would then alert the app that I was on my way to deliver to the person’s home or business.

The navigation system led my way and was always right about the timing. If there were two pickups in close range, I would pick both up and then deliver to their respective locations. I never had more than two orders in my car at the same time and only once did I arrive at a restaurant and the order was missing.

So, what does it cost and how does Uber and the driver make money? Uber Eats is not available in all restaurants because the price structure is not always beneficial. Uber takes 30% of the total food order. Then the customer pays the cost of delivery, which is based on miles and time. Additionally, customers provide tips.

Let’s break it down. I get a message that I will make $3.04 to go to McDonald’s and pick up a burger, fries and a milkshake and deliver it. I am told the entire enterprise will take me 22 minutes and I will have to drive 9.6 miles. It doesn’t sound that appealing, but once the customer adds a tip — often around $6-$13 — it adds up. And if you are doing the math, yes, it is expensive for the customer; a $7 order can up costing $20. But apparently the cost is worth it to the customer — to the tune of $4.8 billion of revenue in 2020, according to Wikipedia. Uber Eats could have also easily been called “I Want What I Want When I Want It No Matter The Cost.”

I was hoping to have more interaction with customers to understand their motivation for ordering, but unfortunately I didn’t have a chance to chat with that many. When I deliver an order, instructions usually are to simply leave it at the front door. I don’t knock or ring a bell; I simply place the food on the stoop and take a picture. Uber Eats notifies the the customer that their food is there.

When delivering to an office, it is obvious what the customer’s motivation is. But in delivering to homes, it is less clear. Perhaps they, too, are working yet remotely. Perhaps their children are sleeping or they don’t want to bother packing them up to go out and get lunch or dinner. Yet, the majority of my deliveries were single orders for a single customer.

My 100 deliveries brought me in intimate contact with a world I wasn’t very familiar with, the world of fast food. I was, quite frankly, stunned to be introduced to a restaurant off Academy called Fat Shack. Their tag line is “Late Night Done Right.” The staff wears T-shirts that say “I (Love) Fat Slobs.” The Fat Slob is a signature sandwich that has up to 2,170 calories. Most items on the menu are close to 2,500 calories ;when paired with a drink and fries, that number leaps up over 3,000. One young worker enthusiastically recommended their dessert specialty, which are Twinkie’s or Oreos dipped in funnel cake batter and then deep-fried.

Of all the restaurants I visited, McDonalds has squarely perfected the delivery model. All the food, including drinks, are packed in sturdy brown paper bags with handles and stickers sealing the bags to prevent the driver from stealing a fry. The stickers even reward the customer’s decision to have it delivered with messages like “Aren’t you glad your stayed in?” and “Going out is overrated.”

One McDonald’s manager I spoke to says they have a dedicated person just to pack and manage the delivery orders. He said 1 in every 6 meals they prepare is picked up by either Uber Eats, Door Dash or Postmates, another competitor that was purchased by Uber for $2.65 billion in stock. Other fast-food chains in the area confirmed their portion of total meals prepared for delivery was about 16%.

According to a New York Post article, Uber has had two consecutive profitable quarters, and according to the Irish Times has a valuation of $91 billion but has yet to be profitable. That may soon change. If you watched the Super Bowl, you may have seen the hilarious ads where famous actors and actresses open their Uber Eats packages and try to eat everything from soap to cat litter to lipstick. The question is posed, “If it was delivered with Uber Eats, can I ‘EATS’ it?” That is because more and more retail operations are now signing up for the delivery model.

I picked up several orders from 7-Eleven, and one of the managers told me that delivery was the only thing that saved their business during the pandemic. Several trips I made to 7-Eleven were to pick up as little as a single candy bar or a package of gummi worms. See earlier referenced “I Want What I Want When I Want It.”

So, finally, let’s talk numbers! I made 100 deliveries and made $850. I let the algorithm take me as far east as Falcon and north to Monument, with lots of deliveries to Fort Carson, which many drivers avoid due to special permits required, confusing addresses, long walks to barracks and random vehicle checks. I, however, enjoyed chatting with the young soldiers I met. And many of them were deploying to Poland shortly, so I did not mind bringing them a pint of ice cream.

I worked not only the busy lunch and dinner hours, but also the less busy time between 2-6 p.m. for research. I drove nearly 1,000 miles. If you consider the current fuel prices and the wear and tear on the vehicle, which can be deducted at the rate of 56 cents per mile, I netted just $300. Driving only at peak times with multiple deliveries and rejecting long distances, I grossed around $22 an hour.

When I signed up for Uber Eats, the company guaranteed me $1,600 if I made 200 trips. So obviously $8 per delivery is exactly the average.

I didn’t make a fortune, but I enjoyed my weeklong Uber Eats experiment and my return to the workforce. I had forgotten how important a purpose-driven life is (pun intended) and plan to sample other jobs as well and write about those experiences.

In my Uber Eats role, even just interacting with restaurant managers and other drivers was a sheer joy. As expected, there were lots of young drivers. But there were a few older ones, too. I chatted with one woman at a McDonald’s on Academy who told me she had been driving for a few months just to get out of the house. She works only long enough to make $50 a day and then stops.

“I am 60 years old,” she remarked. “I don’t want to drive at night and get into any dangerous situations.”

As I pulled out of the parking lot, I watched her drive off in a beautiful 5-series BMW to make somebody’s fast-food dreams come true.

About the writer: Jacqueline Lundquist has had a varied career, from hotel sales, marketing and advertising for Hilton and Hyatt hotels, to TV reporter, to chief serendipity officer at WaterHealth International, which works in over 500 sites in India and Africa bringing clean safe drinking water to millions of people. She also is a published author. Her husband, Richard Celeste, is a former ambassador to India and former president of Colorado College.