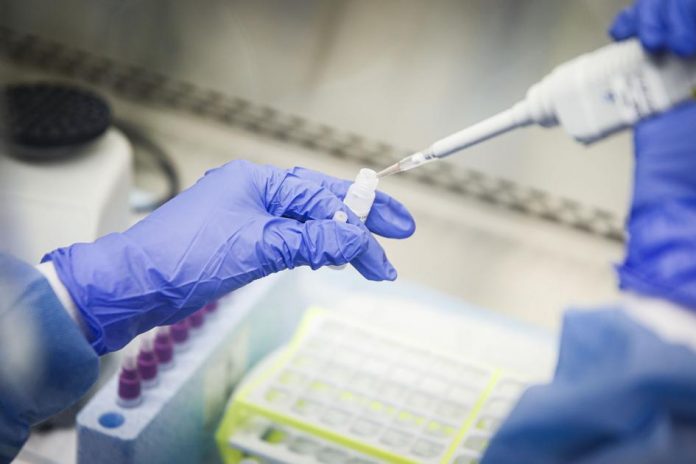 Sixteen more presumptive cases of coronavirus were reported in Colorado Wednesday as Gov. Jared Polis warned residents that the spread of the highly infectious virus “will get worse before it gets better.”

The new cases bring the state total to 33, including one previously identified in El Paso County. The total would make Colorado the fifth highest in the nation in coronavirus diagnoses, according to data on the U.S. Centers for Disease Control and Prevention’s website Wednesday afternoon. The CDC did not return The Gazette’s call seeking comment.

– March Madness will go on without fans.

Denver International Airport officials announced Wednesday that one of the previously announced cases is an airport employee who tested positive for the rapidly spreading illness and was isolated. The Denver Department of Public Health and Environment is tracing potentially exposed individuals, according to a news release from the city and county of Denver.

Additionally, several Denver first responders have been notified of exposure that occurred when they responded to a person who later tested positive, that release stated.

The state’s 16 new cases were in Pitkin, Eagle, Gunnison, Denver, Jefferson and Arapahoe counties, according to a Wednesday afternoon news release from the Colorado Department of Health and Environment.

Wednesday morning, Polis was interviewed on CNN about his declaring a 30-day state of emergency on Tuesday in a bid to slow the spread of the virus, as well as the opening Wednesday of a drive-up facility for testing at the state Department of Public Health and Environment’s Lowry campus in east Denver.

The lab is thought to be the first of its kind in the U.S., Polis said. More than 160 people were tested Wednesday.

“We’ve seen in the countries that have handled this well — Hong Kong, Taiwan — this needs bold, early action,” Polis told CNN. “The actions taken in those first few days and weeks are absolutely critical in preventing this from having the trajectory that it’s had in countries like Italy and even here in our own country in areas like Seattle.”

The state hopes to open up seven to nine additional drive-up testing facilities throughout the state, he said.

“The logistics of setting up a remote testing site are not that difficult,” he said. “The difficult part is our lack of ability to scale the testing.”

The state’s lab can only run about 200 tests a day, Polis said. He stressed the virus’s highly-infectious nature, capable of spreading to dozens of people from just one positive case.

At a news conference Wednesday, Polis called the state’s mountains a “hot spot” for the coronavirus, adding that the state has been encouraging resorts and communities to advise travelers over 60 to avoid mountain travel.

“The virus will be disproportionately hitting our resort and mountain communities first,” Polis said.

The governor added that containing the virus is “a test of our Colorado character.”

“First, of course, there are many difficult days ahead,” he said. “We need you to be a part of working with us to do everything we can at a state level to respond to this virus and reduce the trajectory of its spread.”

The suspicion of limited community spread in the state reflects the inability to identify the source of infection in some cases. It contrasts with limited person-to-person spread, such as that in the new Pitkin County cases.

In the case of limited community spread, actions such as school dismissals, event cancellations and allowing employees to work remotely can help slow the spread of the virus, health officials have said. If a community experiences ongoing spread, local and state officials, in coordination with federal officials, may make decisions to implement “interventions,” the release states, adding that interventions could differ by community.

The rules — which would be in effect for 30 days, or longer if the governor’s state of emergency is extended — mandate that employers in the leisure and hospitality, food services, child care, education, home health (if working with elderly, disabled, ill, or otherwise high-risk individuals), and nursing homes and community living industries provide up to four days of paid sick leave for employees being tested for the virus, according to a Wednesday release from the agency.

“People want to do right by their fellow Coloradans and stay home when they are ill. But they shouldn’t be forced between doing what’s best for our community or missing rent,” Polis said in the release. “I am asking the entire private sector of Colorado to voluntarily offer paid sick leave pending coronavirus testing results so that we can collectively do our part to contain the spread of the virus.”

The mandate is not in addition to sick leave an employer already provides and does not provide coverage for employees who test positive and require quarantine, resulting in wage loss, the release states.

Wage-replacement options, like unemployment pay, for those who test positive are currently under review, the release added.

On Wednesday, New Mexico Gov. Michelle Lujan Grisham, announced that three people had tested positive for the virus in that state, prompting her to declare a public health emergency and advise that all public events be postponed to limit the virus’ spread. The trio of cases are the state’s first.

“We are not panicked. We are prepared,” she said.

New Mexico is prohibiting out-of-state travel by its employees.

Expressing alarm about mounting infections and inadequate government responses, the World Health Organization declared Wednesday that the virus is now a pandemic, but added that it’s not too late for countries to act.

“We have called every day for countries to take urgent and aggressive action. We have rung the alarm bell loud and clear,” WHO chief Tedros Adhanom Ghebreyesus said.

The Gazette’s Liz Henderson and The Associated Press contributed to this report.