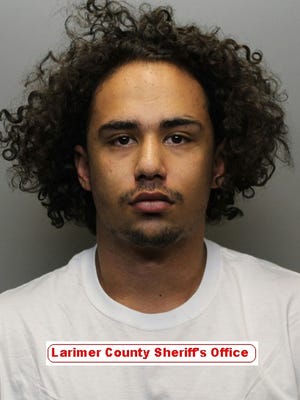 Editor’s note: This story contains references to domestic violence. Information about domestic violence warning signs and resources for those in crisis is available at the end of this story.

An 18-year-old woman has been identified as the person killed in a Fort Collins homicide over the weekend.

Danielle Hopton of Fort Collins died Sunday at UCHealth’s Medical Center of the Rockies, the Larimer County Coroner’s Office reported Wednesday. The coroner’s office ruled her death a homicide. Her cause of death will be released at a later time.

Fort Collins police officers found Hopton with life-threatening injuries in a parking lot in the 500 block of East Drake Road late Saturday night, according to a previous news release. Her injuries were consistent with an assault.

Investigators identified Stephen McNeil as the suspect. McNeil was arrested on suspicion of first-degree murder, a Class 1 felony; two counts of violation of bail conditions, a Class 6 felony; and violation of a criminal protection order, a Class 1 misdemeanor, according to Colorado court records as of Thursday afternoon.

Police initially said McNeil faced a domestic violence charge, but that charge no longer appears in court records. The case is still under investigation, and the 8th Judicial District Attorney’s Office is still deciding what formal charges it will file, office spokesperson Jodi Lacey said.

McNeil also faces two charges — second-degree assault, a Class 4 felony; and harassment, a Class 3 misdemeanor — in another open criminal case in Larimer County. According to court records, those charges stem from an incident on Dec. 19, 2020.

Police said McNeil and Hopton knew each other. They did not release additional information about the case.

A GoFundMe created for Hopton’s family had raised more than $21,000 as of Wednesday afternoon. The fundraising page describes Hopton as “a gorgeous, loving, kind and caring young woman,” a selfless person who enjoyed volunteering at the animal shelter.

Donations made in Hopton’s honor will be distributed to Larimer County Humane Society, Guide Dogs for the Blind and Crossroads Safehouse, according to the fundraising page.

In a Facebook post sharing the page on Wednesday morning, Larimer County Humane Society said Hopton volunteered at the shelter with her family from 2013 to 2017.

McNeil is next scheduled to appear in court Feb. 12.

Those with information about this incident who have not already spoken to police are asked to call Cpl. Tessa Jakobsson at 970-221-6575. Those who want to stay anonymous can contact Crime Stoppers of Larimer County at 970-221-6868 or www.stopcriminals.org.

Domestic violence is a pattern of abuse that can include physical, sexual, emotional, verbal and financial elements where the abuser’s conscious or unconscious goal is to gain or maintain control. There are not always physical signs of abuse.

Early warning signs of an abusive partner include:

Other available resources for people in crisis include:

Editor’s note: An earlier version of this story had an outdated phone number for Alternatives to Violence. The article has been updated to include the correct phone number.

Coloradoan Content Coach Sarah Kyle contributed to this report. Sady Swanson covers public safety, criminal justice, Larimer County government and more throughout Northern Colorado. You can send your story ideas to her at sswanson@coloradoan.com or on Twitter at @sadyswan. Support her work and that of other Coloradoan journalists by purchasing a digital subscription today.