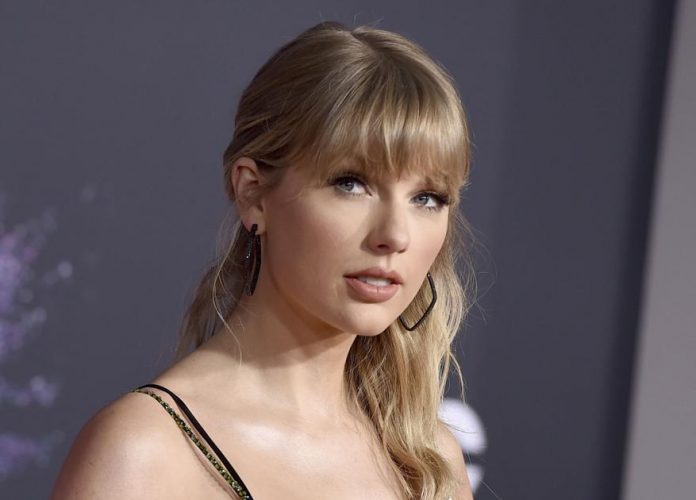 There’s a lot going on, so maybe the 63rd Grammy Awards slipped your mind. The big night for music is coming up soon. Like, very soon.

After being pushed back from its original date, the Grammys will air on CBS at 6 p.m. Sunday. The show will, of course, look a little different as everyone follows COVID-19 safety precautions.

But there will still be plenty of performances (both virtual and from the venue), acceptance speeches and jokes by host Trevor Noah. Ahead of all the fun, I picked my winners for five of the night’s biggest categories.

If you’re watching on Sunday, follow along with me on gazette.com. I’ll be live blogging the show.

Album of the year

• Should win: This one’s probably between Dua Lipa and Taylor Swift. Dua Lipa has proved herself after the 2019 Grammy for best new artist. She’s ruled the airwaves with hits like “Don’t Start Now” and “Levitating.” Swift’s surprise album, though, was instantly praised by music critics. It’s become known as the essential quarantine album, putting “Folklore” in the unique place of marking an unforgettable place in history. The folk/pop sound also marks a radical new era for Swift. It all feels like something the academy will want to remember.

• Will win: It helps that Swift’s previous two albums didn’t get much Grammy attention and “Folklore” will break that streak. And, if it does, Swift will make history as the first female artist to have three albums win album of the year.

Record of the year

• Should win: This could go a few ways, especially considering all the Grammy love Billie Eilish got in 2020. And if you consider the popularity of “Circles.” But it seems like a race between two songs: “Savage” and “Don’t Start Now.” This category celebrates the production and recording of a song, and both of these are the definition of high-powered works of art. Maybe I want Dua Lipa to win because watching all those “Don’t Start Now” TikTok dances really brightened some of my quarantine days.

• Will win: It’s hard to ignore two powerhouses on one powerhouse song. And the Beyoncé factor. That puts the ever-catchy “Savage” remix in the winner’s seat.

Song of the year

• Should win: If this category was called Most Impossible to Avoid Song, “Circles” would easily be the winner. Post Malone’s enjoyable No. 1 hit was, simply, everywhere. A runner-up would be J.P. Saxe’s “If The World Was Ending,” a gut-wrenching apocalyptic love song that deservedly had a big moment in 2020 and, eerily, came out around the same time the pandemic started. But this is a songwriting award, which means it’s impossible to ignore the sweater heard round the world. With “Cardigan,” Taylor Swift’s songwriting chops are on full display. The song has it all: Clever word plays, a haunting chorus and dreamy imagery. Plus, it leaves you wanting to feel like someone’s favorite cardigan.

• Will win: All that stuff I said about “Cardigan?” Still stands.

• Should win: This female- dominated category is also a close one. Let’s break it down to three very different and deserving woman rappers: Megan Thee Stallion, Doja Cat and Chika. And then there’s Phoebe Bridgers, who released her acclaimed second album, “Punisher,” in June and earned four nominations: best new artist, best alternative album, and best rock song and best rock performance for the melodic and impassioned single “Kyoto.” Plus, she has something that the other nominees don’t: Sad girl energy. Which hit home for a lot of her fans, and got her new fans, during the pandemic. If matching the mood of a year means something, Bridgers might take this one.

• Will win: Megan Thee Stallion’s rapid rise to fame is one definition of what best new artist means. The rapper has so much going for her. Talent. That takeover No. 1 hit with Cardi B. Her huge donations in the name of empowering women. That all puts her in the lead.

• Should win: This is another close category, My brain says “Fine Line” or “Don’t Start Now” are front-runners, but there’s also, yes, “Cardigan.” After Taylor Swift’s productive year in quarantine, she’s just waiting for a Grammy sweep. While “Cardigan” doesn’t scream pop music as much as some of Swift’s other work, this shows off her vocal range in a whole new way.

• Will win: We (er, the award show voters) need to give Harry Styles something. And “Watermelon Sugar” has that perfect pop appeal. Billie Eilish could be tough to resist for the voters, too.

• Should win: Looking at this list of female rock stars, I just want to close my eyes and listen to the angelic voice of Brittany Howard. I hear a “Stay High” win, but this is a loud and stacked category.

• Will win: What would the academy do if an iconic rock artist returned to making music after so many years away? Probably give her a Grammy. This is all Fiona Apple.

• Should win: Put on “Slow Down” for instant good vibes. This collaboration between the grandson of Bob Marley and Grammy darling H.E.R. might just have what it takes to beat Beyoncé.

• Will win: Or, maybe not. Beyoncé released this empowerment song on Juneteenth and wrote this about it on her website: “Being Black is your activism.” The song — and the statement it’s making — should be celebrated.

• Should win: You know how Beyoncé and Megan Thee Stallion were separately nominated a lot? And now they’re nominated together? That surely adds up to something.

• Will win: Queen B and Megan Thee Stallion will share the crown.

• Should win: How many hours has “10,000 Hours” played on country radio? Maybe too much to count. You can’t deny it’s a beautiful sing-a-long, but my heart feels something more for the moving tune “Some People Do.”

• Will win: Those hit-makers Dan + Shay have won this award the last two years. And history will probably repeat itself.