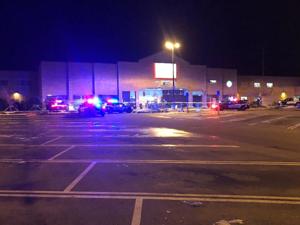 Two shootings in which three people were injured were reported overnight Saturday, according to Gazette news partner KKTV.

One man was injured in a shooting in Manitou Springs at a car wash along Manitou Avenue, a witness told KKTV.

Two men were arguing when one man pulled out a gun and shot the other, according to the witness. The witness says the victim was awake and talking when he was taken to the hospital.

CSPD working a shooting that occurred at Candleflower Park. Victims from shooting contacted at 3570 Hartsel Dr. (King Soopers) No additional information at this time. PIO not responding.

Two people were shot and transported to the hospital, police told KKTV.

One of the victims drove to a nearby King Soopers, located 3570 Hartsel Dr., where police found the victim, police told KKTV.

It is unclear if any arrests were made and the conditions of the three victims are unknown at the time of this writing. Read more from KKTV here.