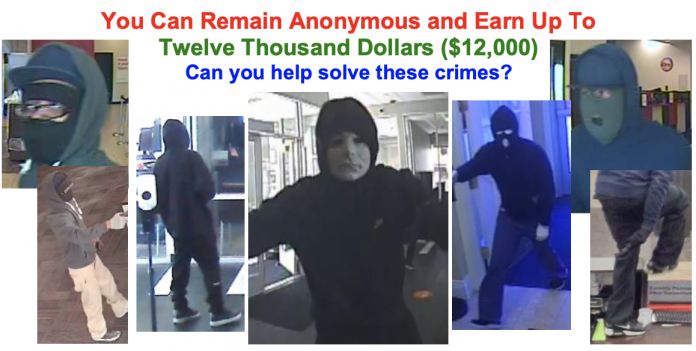 DENVER — Investigators are searching for three people they believe are involved in 10 bank robberies in the Denver metro area since Jan. 6.

According to the FBI Rocky Mountain Safe Streets Task Force, the people involved in the robbery held bank employees and customers at gunpoint in a “take-over” manner before taking off. The individuals are considered armed and dangerous, authorities say.

Descriptions of the suspected robbers are limited, but Metro Denver Crime Stoppers released the below photo compilation of the people involved.

The following is a list of the 10 banks that were robbed:

The FBI says to be aware of anyone who might have recently changed their spending habits or discussed coming into money suddenly.