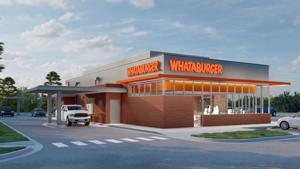 Here’s a look at five businesses that are expanding or arriving in the Colorado Springs area in 2022.

NEWCOMERS AND EXPANSIONS FOR 2022

• Chick-fil-A: The Atlanta-based chicken chain, with several Colorado Springs locations, plans to add its latest at Citadel Crossing, northeast of Academy Boulevard and Platte Avenue. A stand-alone retail building will be razed at the shopping center’s south end to make way for the restaurant, which might open by year’s end.

• Krispy Kreme Doughnuts: Not exactly a newcomer, Krispy Kreme has been gone from Colorado Springs since it closed in 2006 after just a four-year run. A California franchisee, however, is bringing back the brand and will open northwest of Powers Boulevard and South Carefree Circle, possibly in February.

• Whataburger: A franchisee for the Texas-based hamburger chain, whose appeal rivals that of In-N-Out Burger, expects to open the first Whataburger in the first quarter of 2022 at InterQuest Marketplace, east of Interstate 25 and InterQuest Parkway. Additional locations are planned east of Powers and Dublin boulevards; east of Powers and Constitution; and northwest of Interstate 25 and Garden of the Gods Road.

• Tattered Cover: For a half-century, Colorado’s largest independent bookstore has served the Denver area. Now, it plans to open at 112 N. Tejon St. in downtown Colorado Springs during the first quarter.