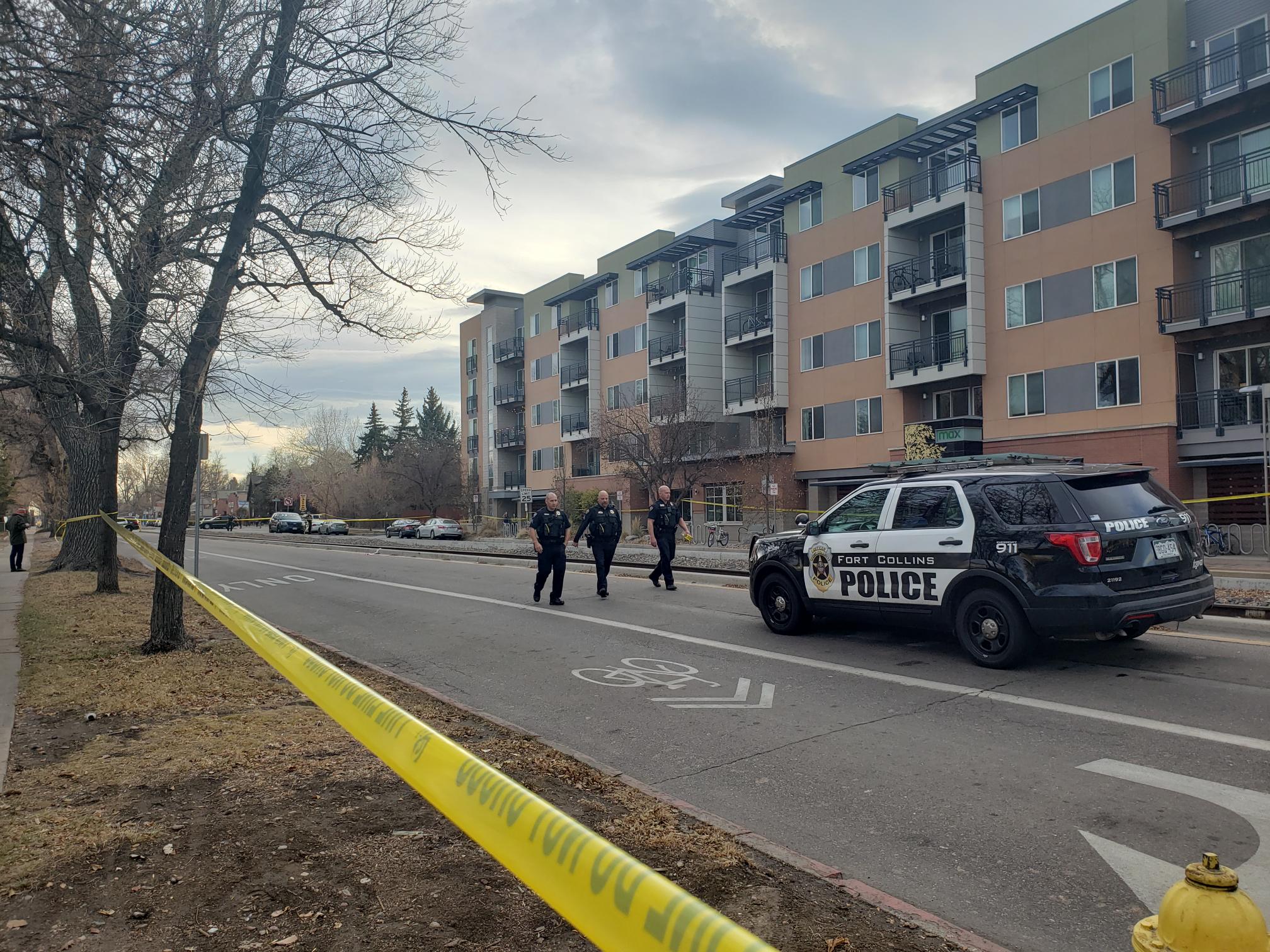 Numerous streets were closed after a pedestrian was struck by a train Friday afternoon in Old Town Fort Collins.

The crash was reported at 3:07 p.m. in front of Max Flats near the intersection of Mason and Mulberry streets. Witnesses reported the train left the area soon after, and an ambulance was seen leaving the area.

A 72-year-old female pedestrian attempted to cross over the train when it began to move, according to Fort Collins Police Services. The female was struck by the train, and transported to Medical Center of the Rockies with serious injuries.

A witness told the Coloradoan the train was stopped in Old Town for at least 10 minutes, during which time several people crossed the tracks between the train cars. The witness saw a person trying to cross in between cars just as the train began moving again.

Blood-streaked debris could be seen along the tracks.

Several intersections were blocked as a result of the crash and ensuing investigation, and Poudre School District notified parents that buses would be delayed by one hour.

By late afternoon, police were investigating at the BNSF Railway train, which was stopped on Vine Drive and Timberline Road.

Investigators do not believe speed was a factor.

Anyone with additional information is asked to contact FCPS officer en Koski at 970-416-2229.

Story continues below the gallery

Mulberry Street was closed from College Avenue to Howes Street for a period of time Friday afternoon but reopened by 3:45 p.m.

Mason Street was blocked from Mulberry to Myrtle Street, but reopened just before 6 p.m., according to police.

In addition, intersections in north Old Town and to the northeast were blocked by the train for a period of time, but police reported the train moved out about 4 p.m. Affected intersections were: Mason and Laporte Avenue, Mason and Maple Street, Mason and Cherry Street, College Avenue just north of Cherry, Vine Drive and Linden Street, and Vine and Lemay Avenue.

Police said they were trying to get the train into a trainyard, but it still might block crossings of the tracks along Vine at Lemay and at Timberline Road.

Fort Collins police advised the public to avoid the area and seek alternate routes during the evening commute.

At 2:26 p.m. Friday afternoon, a train was recorded heading northbound between Trilby and Harmony roads, according to the NoCo Train Alert system, which uses cameras to track trains and alert the public. It posted that the train was estimated to reach the Mulberry intersection about 2:37 p.m. and appeared to be a “double coal” train.

The Coloradoan reported in October that train delays have become longer in Fort Collins, in part due to an increase in extra-long trains rolling through the city.

And there has been at least one recent report of pedestrians trying to cross the tracks between stopped cars. On Sept. 21, a BNSF train stopped on the Colorado State University campus because of a mechanical issue just as football fans were heading to Canvas Stadium. The mechanical problem was fixed quickly, according to BNSF spokesperson Joe Sloan, but the train didn’t move because its crew noticed people crawling between cars to get past the train.

CSU police assisted in clearing people from the railroad right-of-way so the train could move on, Sloan stated.

Friday’s collision occurred in the same location as a February train crash that killed a 29-year-old Fort Collins man. That incident was later ruled a suicide by the Larimer County coroner.

This is a breaking news story and will be updated as more information is available.