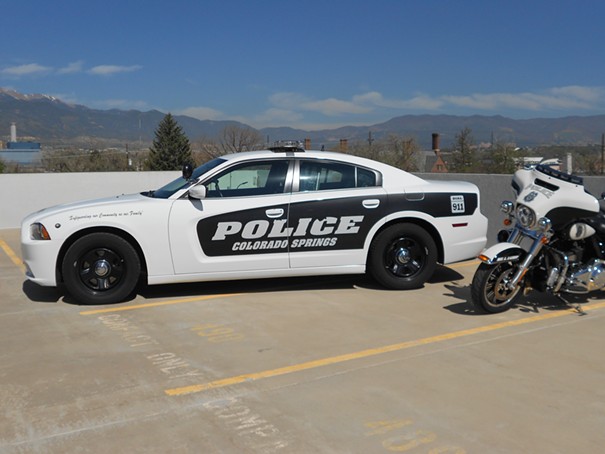 Recently, Colorado Publishing House and the Indy gave me the opportunity to sponsor a to Colorado Springs town hall visit by Attorney General Phil Weiser. While I naturally wanted to discuss cybersecurity, there was another topic that members of our community made sure received attention. Many still have heartburn from the police-involved shooting of De’Von Bailey. While I didn’t know this brother, his story is part of a narrative that I’m very familiar with.

For those of you familiar with my story, you know that I’m relatively new to the Colorado Springs community. My family and I moved here from our last military assignment in Key West, Florida. I’d like to share with you a little of my experiences from Key West as a business owner, community advocate and member of a Citizen Review Board (CRB).

Starting my business and getting involved in Key West opened doors for some amazing opportunities to serve its people. Over time, my sphere of influence included business owners, local politicians, law enforcement personnel (including Key West Police Chief Donnie Lee and Monroe County Sheriff Rick Ramsey) and others.

As I approached my final year in Key West I was asked to be involved with the CRB. This was a board appointed by the mayor and city commissioners. The following is a definition of this board from the city of Key West’s website:

“The Citizen Review Board (CRB) is an independent board with authority to review and/or investigate complaints involving Key West police officers and forward findings and/or recommendations to City management, Chief of Police, State Attorney, other state and federal law enforcement agencies and/or grand juries.”

The CRB would meet once a month and our meetings were broadcast live on local city TV, attended by the local press and community and archived for future viewing through the city’s government website. I had to interview for a seat on this board in front of the mayor and commissioners. I was chosen and served with honor and pride.

Taking on a position to hold the Key West Police Department accountable was something I didn’t take lightly. We had an executive director who would provide complaints for us to examine. We had police reports, bodycam videos, dashcam videos and anything else we needed to examine a complaint. Many times, people who file the complaints would be at city hall during our meetings.

It was hard for me to understand why some of my fellow board members had never done a “ride-along” with the officers. Some of them had never done the virtual situations training at the police department. I did a couple ride-along shifts with the Key West Police Department. A ride-along is when you sign up to accompany a police officer on their shift out in the streets. You go where they go and see what they see. You really get to see a different side of your community when riding with the police. I assumed that the officer they would assign me would have a high standard of excellence since I was on the board that held them accountable. I was correct in my assumption. He was a military veteran with 15+ years on the police force. He was kind when we went to check on homeless people who knew him by name. He was professional when we had to deal with domestic issues. We had to get a homeless man to leave someone’s property because he was sleeping in bushes behind their house. I didn’t even see him, but the officer did. The officer wasn’t rude or unkind and he handled the situation.

I’m a firm believer that, no matter the organization, there are people who will make the organization look bad. They need to be held accountable for those organizations to thrive. Law enforcement is no exception, especially when lives are at stake. If we don’t want another De’Von Bailey situation here in Colorado Springs, then the citizenry must get involved. Olympic City USA is an amazing place, a leader in many ways. But to continue building our legacy, we must also show that our citizen voices matter. We must create our own Citizen Review Board.

Rodney Gullatte Jr. owns Firma IT Solutions, a local small business. He can be reached at admin@firmaitss.com.