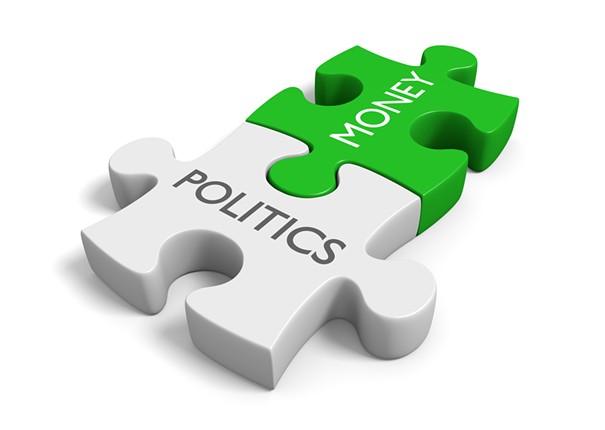 That isn’t much of a wage for any job, much less one of the most important roles in our city. Yet, that’s the yearly pay for our Colorado Springs City Council for a full-time commitment to our city.

Our city is on an exciting trajectory. We’re finding ourselves on many of the nation’s most desirable lists. New companies are moving to town and those that are here are growing. We are now a community of a half million residents, and we will keep growing over the coming decades. Governing a city of this size, this complexity and on this trajectory is a full time job. And it requires elected leadership that is fully representative of the richness and depth of the community. When a council member earns only $500 each month, the vast majority of our community is disqualified from serving.

As a former Army Green Beret and now in my roles as a nonprofit leader and educator, I have a front row seat to the incredible talent and brilliants minds who call Colorado Springs home. We have a sophisticated, professional middle class and a highly skilled talent pool. Not everyone is drawn to elected office, of course, but all of us have a friend, family member or colleague who we think would make an excellent elected leader. Could that person do the job for $6,250 a year?

As a community, we’re missing that talent. Blue collar workers, career professionals, working parents, and so many other bright minds and capable leaders cannot afford to serve on council at the current wage, simply because they have a mortgage to pay or kids to raise and require a living wage to put food on the table.

We have an opportunity to start a course correction. Elected office is a public service and should never be something that people do only for the pay. But, interested, capable and motivated community members should not be disqualified because they cannot afford to serve.

A wage that is in line with the average individual income of our City isn’t unreasonable. Nobody is getting rich off of that salary, but it is a livable wage. And, keeping council compensation pegged to that average income would have the added benefit of keeping our city council in touch with the reality of the average resident of Colorado Springs. It could create new levels of accountability. We can make this apply only after council elections, so voters can choose whose leadership they are willing to pay for.

There is precedent for this kind of compensation. When our City Charter was first adopted, the wage set for councilmembers was $2,000 annually. That was in 1909. Adjusting for inflation, that’s $57,000 annually in 2019 dollars. At the time, the town’s population was just under 30,000. Even then, in those “simpler” days, the community understood the importance of city leaders receiving a living wage for their work.

The last time we touched city council compensation — when it was raised from $2,000 to $6,250 — was in the mid ’80s, when Colorado Springs was a city of less than 250,000 people and Powers Boulevard hadn’t yet been built. The $6,250 figure was equivalent to a part time fast food employee. Times have changed and we need to step up..

A city that is experiencing a transformation like Colorado Springs deserves robust representation. It deserves to know that the folks who are sitting on city council are representative of the economic and lived realities of our neighborhoods and of the community as a whole. It is simply not possible to have a council that represents the full depth of our community when a de facto requirement of council service is wealth.

Let’s leverage the full potential of our city. Let’s benefit from our best and brightest, our best innovators, our best leaders, and the people who know the everyday reality of living in Colorado Springs. Let’s ensure that the person we each know who would make a great city councilor, can serve. Let’s provide a living wage to Council so that we can attract and retain the leadership this community deserves.