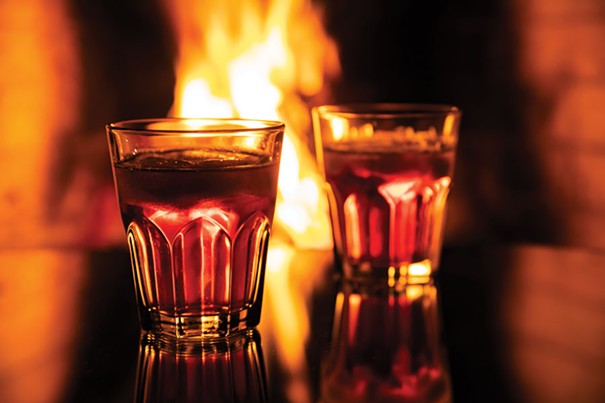 An author’s intent, as any first-year lit major will tell you, is of little or no importance; the true meaning of a creative work lies in its audience’s interpretation.

If you accept that premise, then it really doesn’t matter whether songwriter Frank Loesser envisioned “Baby, It’s Cold Outside” as an ode to romantic repartee or a prelude to date rape. In the 70 years since the holiday perennial was first recorded, the meaning of casually delivered lines like “I really can’t stay” and “Say, what’s in this drink?” has become increasingly contested. So much so that numerous major radio stations in the U.S. and Canada pulled the song from their playlists last year, which of course prompted an increase in sales and streaming.

Last month, the “Baby, It’s Cold Outside” controversy stepped into the spotlight once again with the release of John Legend and Kelly Clarkson’s remedial revamp. Where Loesser’s original featured back-and-forth banter in which a man uses bad weather as a pretext to persuade a woman to stay over, the updated version shifts the dialogue to include unambiguous lines like “It’s your body and your choice” and “I’ll call the car and tell them to hurry.”

While the new lyrics may fall short when it comes to craftsmanship — “I simply should go (Text me when you get home) / Oh, I’m supposed to say no (I guess that’s respectable)” — they do get the job done.

The two contemporary pop singers are not the first to take liberties with the song’s lyrics. Lydia Liza and Josiah Lemanski’s 2016 remake, which has gone on to rack up nearly a million YouTube views, identifies the mystery drink as Pomegranate La Croix. Another version finds Idina Menzel asking Michael Bublé to pour her “half a soda pop more.” Even journalists have gotten in on the act, with an Atlantic writer lobbying, seriously but unsuccessfully, for “Ooh, this drink is tasty” and “Champagne cocktails are my favorite.”

It might be tempting, at this point, to question Legend and Clarkson’s own intent. Was it to further a cause, to stay rich forever, or just to piss off third-tier celebrities like Sharon Osbourne, Piers Morgan and William Shatner?

In a Dec. 8 interview with The Guardian, Legend dismissed his chorus of critics, which includes Loesser’s daughter Susan and Dean Martin’s daughter Deana. “The song was supposed to be silly,” he told the interviewer. “I never disparaged the old version. And, by the way, the original writer, or his family, gets paid for my version, too.”

Meanwhile, the British have become embroiled in a Christmas song controversy of their own. Earlier this month, BBC Radio presenter Alex Dyke announced that he’s banning The Pogues and Kirsty MacColl duet “Fairytale of New York” from his show on account of it being an “offensive pile of downmarket chav bilge.” (For those who don’t speak the King’s English, “chav” is a pejorative term for lower-class youth, “bilge” is… oh, never mind.)

More specifically, Dyke isn’t fond of the song’s lyrics, which include Pogues frontman Shane MacGowan calling MacColl an “old slut on junk,” and MacColl calling him a “cheap, lousy faggot.”
“Is this what we want our kids singing in the back of the car?” he dramatically implored. “We can do better!” A BBC spokesperson subsequently reassured listeners that Dyke’s views were entirely his own, and should not be mistaken for those of his employer.

While the BBC no longer “officially” bans records, it hasn’t been shy about doing so in the past, from George Formby’s modest “With My Little Ukulele in My Hand” to Gang of Four’s sardonic “I Love a Man in a Uniform.”

A more recent example came in April 2013 with the death of Margaret Thatcher, which prompted an online campaign to get “Ding Dong! The Witch Is Dead” to the top of the UK singles chart. More than 50,000 copies were sold, landing the Wizard of Oz eulogy at No. 2, but the BBC politely left it out of their weekly singles countdown.

Which brings us, finally, to “I’ll Be Home for Christmas,” the 1943 Bing Crosby single that was banned from the British broadcasting empire’s airwaves during World War II.

“We have recently adopted a policy,” the BBC announced, “of excluding sickly sentimentality which, particularly when sung by certain vocalists, can become nauseating and not at all in keeping with what we feel to be the need of the public in this country.”

Fortunately for John Legend, Kelly Clarkson and company, that rule no longer applies.