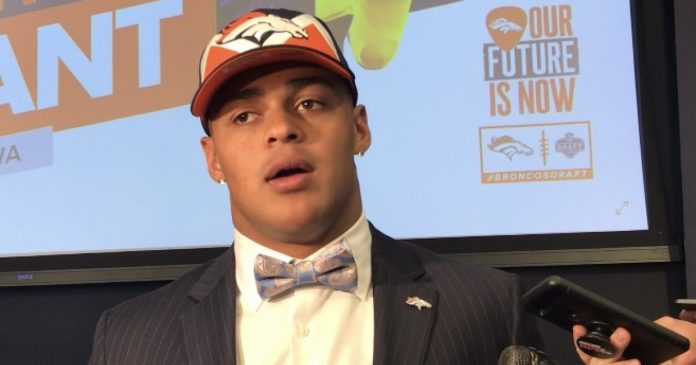 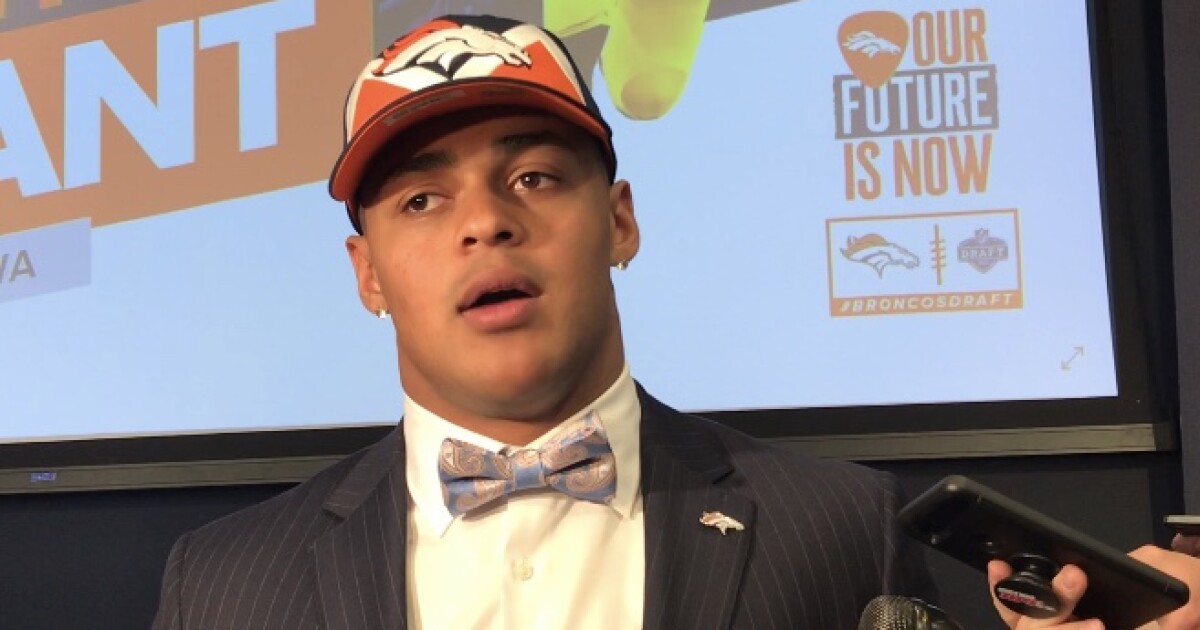 ENGLEWOOD — Let’s not pretend this is a modern home requiring only back splash tile in the kitchen, granite counter tops and a flowerbed. For the Broncos to rebound to relevance, this is a project. Athletes excel by accomplishing goals in increments. Pennies in a jar. Stacking bricks. It applies to the Broncos as a whole. They need to keep assembling strong draft classes. The 2018 group provided an impressive foundation with budding stars Bradley Chubb and Courtland Sutton and reliable backups Royce Freeman and Josey Jewell. With six games remaining, I provide my way-too-early-evaluation of the 2019 draft class:

First round pick TE Noah Fant, 20th overall
Fant started slowly, bottoming out with a three-drop performance against Kansas City. He made no excuses, telling me, “it was the worst game of my life.” Fant has rebounded, showing mental strength and better physical toughness. After 10 games, he has 27 catches for 360 yards and two touchdowns, leaving him on pace for 43 catches for 576 yards and three scores. He delivered a breakout game against the Browns. Fant’s overall numbers are about what I expected from the former Iowa star, save for a few more touchdowns. Fant ranks 13th among all tight ends in yards, and 16th in yards per catch. He is a weapon on crossing routes, but remains a work in progress on vertical patterns. He needs to take advantage of his size better in the red zone, boxing defenders and using his height. He also must eliminate stupid penalties. The promise is there, and Fant should continue to ascend as the team’s second and third target over the final six games.
Grade: B-

Second round, LG Dalton Risner, Kansas State, 41st overall
Risner grew up in Wigggins, Colo., as a huge Broncos fan. He had to pinch himself when they drafted him. All he has done is exceed expectations. He has started every game — he has missed one snap all season — and graded out well while playing through a nagging ankle injury. He brings a nastiness in the trenches that belies his gentle personality. I wouldn’t be surprised if the team considered using him at left tackle next year if the Broncos move on from Garett Bolles. Regardless, Risner has succeeded, and he has emerged as a core leader among the young players along with Phillip Lindsay, Sutton and Chubb.
Grade: A

Second round, QB Drew Lock, Missouri, 42nd overall
This pick can completely change the complexion of this draft. If Lock becomes the starter, then trading back from 10th overall to the 20th to pick up a second-round selection makes sense. Otherwise, it will be deemed a mistake passing on Steelers rookie linebacker Devin Bush, who is contending for Defensive Rookie of The Year honors. Lock missed two-plus months with a thumb injury, and is expected to be activated next week. Will he start? That is the question on the minds of many Broncos fans. If Denver is out of the playoffs, Lock needs to start the final two home games, at the very least. Broncos coach Vic Fangio said Friday that Lock has made progress and did not rule out playing him in the coming weeks. To say Lock could be become the Broncos future backup as a way of justifying the pick is silly. You don’t draft quarterbacks in the second round to serve as backups. The Broncos don’t have that luxury right now. You can find reserve QBs on the waiver wire — as they Broncos have shrewdly done with Brandon Allen and Kevin Hogan — or in free agency.
Grade: Incomplete

Third round, DT Dre’Mont Jones, Ohio State, 71st overall
Jones struggled to gain traction early, but has shown improvement. He notched his first sack last week. He joined a group with depth and experience — the emergence of Mike Purcell was also unexpected — so Jones was always going to be a rotational piece. He has played 29 percent of the snaps. His continued development is critical over the final six games, especially if the team is unable to re-sign Derek Wolfe in free agency.
Grade: C+

Fifth round, LB Justin Hollins, Oregon, 156th overall
Hollins has shown flashes of promise as an outside linebacker, and brings versatility. He has only played 117 snaps, 11.7 percent, on defense logging 11 tackles and one sack. Malik Reed, an undrafted free agent, moved into a starting role after Chubb’s season-ending knee injury against Tennessee, and has played 55 percent of the snaps, recording 20 tackles and one sack. Hollins has contributed on special teams (34 percent of snaps). If one of these two remains the backup next season, that represents a nice find at a low cost.
Grade: C+

Sixth round, WR Juwann Winfree, Colorado, 187th overall
Winfree finished strong in training camp to secure a roster spot. He was a bubble guy, so it’s not surprising he has not made an impact. It is surprising that he’s only been active for three games, especially when the trade of Emmanuel Sanders created a spot. With Tim Patrick back from injury, Winfree is unlikely to get many reps. If this season teaches him anything, it’s the importance of becoming invaluable on special teams while trying to carve out a role offensively.
Grade: Incomplete