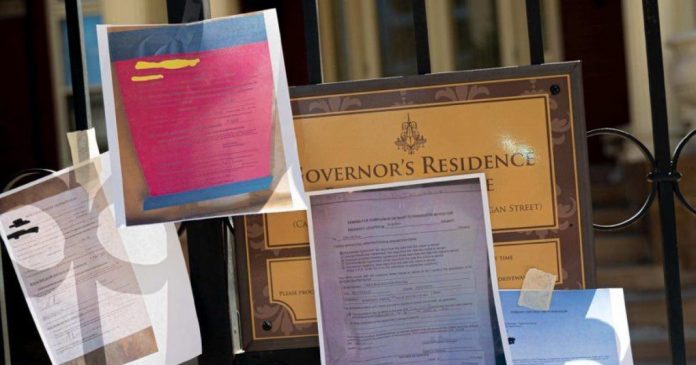 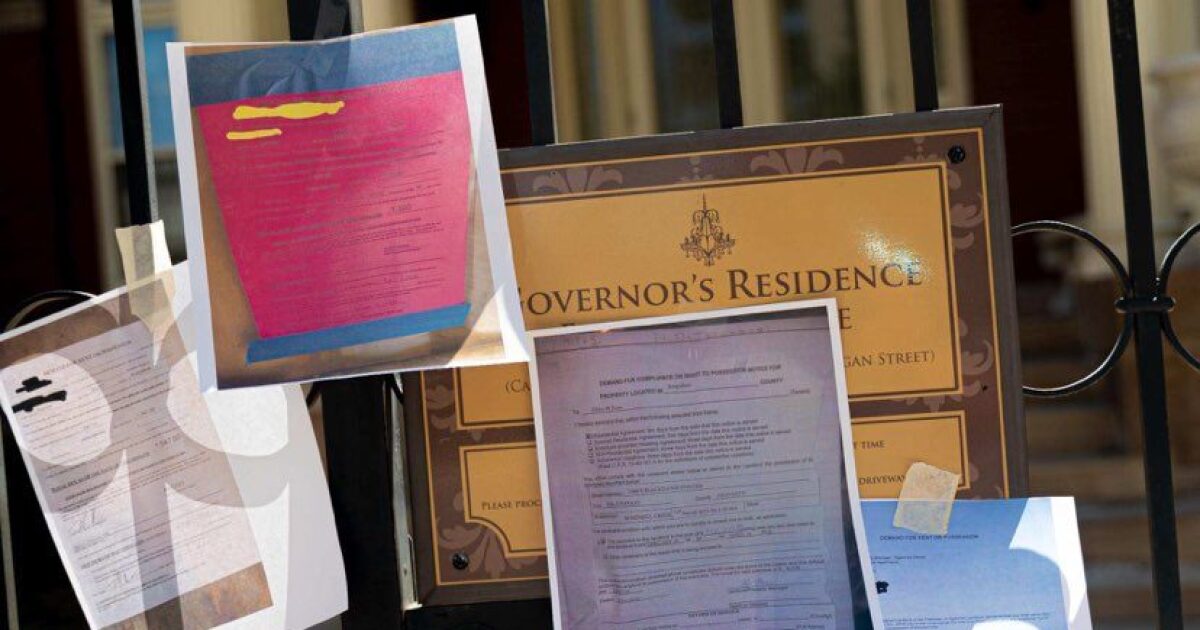 A little over a month after Colorado Governor Jared Polis asked landlords to voluntarily comply with options to help struggling tenants make ends-meet, a tenant advocacy group now says the suggestions have not helped.

“They’re still getting eviction notices,” said Mariah Wood, a leader with Denver’s Democratic Socialists of America organization. This week, the group taped dozens of eviction notes to the Governor’s Mansion in Denver, attempting to show his call for action has not been heard.

“Landlords are scaring their tenants,” Wood added. “At the end of this crisis, even with the eviction stay, people are going to lose their homes. We’re going to see an unprecedented humanitarian crisis.”

Last month, during one of his regular news briefings, Governor Polis said, “If people are going to stay in their homes, they are going to be able to have a home. We’re encouraging the private sector to help as well, in providing relief from evictions, foreclosures and utility shut offs.”

The Governor asked landlords to waive late fees and delay moves to evict tenants who were struggling financially as a result of the COVID-9 crisis and the mounting unemployment claims.

“Look, the Governor has been saying that people aren’t going to lose their homes,” Wood added. “It did not mean that people will be all right.”

Denver7 reached out to Arapahoe County Sheriff Tyler Brown to help tenants understand if law enforcement was actively evicting tenants. Sheriff Brown said his deputies are not currently evicting tenants, addingit is a very low priority for his deputies. He also said he agrees with Governor Polis’ call for law enforcement to not actively prioritize evictions at this time.

“There is no need to force them out of their residences to somewhere where they are not able to isolate themselves,” said Sheriff Brown. He pointed out the evictions will not help but instead contribute to the COVID-19 crisis.

By evicting, “we are actually creating more of a problem by forcing people out of their homes,” Sheriff Brown said.

The renter’s activist group shared several concerns and complaints regarding the Pembrooke On The Green apartment complex in Aurora. When Denver7 visited the office during the day, employees would not answer questions regarding the complex’s eviction or late payment policies. Later in the evening, Denver7 received the following statement:

“We are NOT currently processing any evictions for nonpayment of rent. We are sending notices to our tenants who are owing rent in order to set up payment plans or find a solution for them to get caught up. We are happy to work with them on payment plans and we have lots of resources to help them, but they need to contact us.

On Tuesday evening, a spokesperson from the Governor’s Office released this statement:

“The Governor initially took some of the strongest steps of any Governor in the nation on using his legal authority to help renters in this crisis, and he is evaluating how to do even more. The Governor has issued an executive order directing DOLA to work with property owners and landlords to avoid removing or executing eviction procedures against tenants or mobile homeowners without cause or as a result of late or nonpayment of rent, and directed law enforcement to not evict during this time. He has also worked closely with utilities to prevent shutoffs for late or non-payment, and made $3 million available through DOLA for rent support for hardworking people struggling to keep up with their bills. The Governor plans on extending his executive order and is reviewing potential further action n the coming days and has been strongly encouraging landlords and financial institutions not to proceed with evictions, and will continue doing so as Colorado moves into Safer at Home, doing what he can within his power to prevent evictions from happening including not allowing state resources to be used for that purpose.”