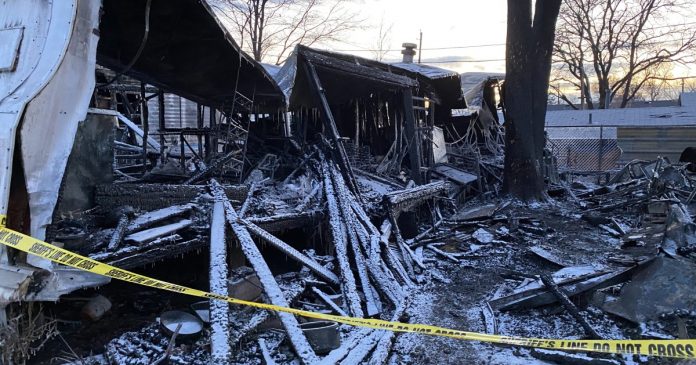 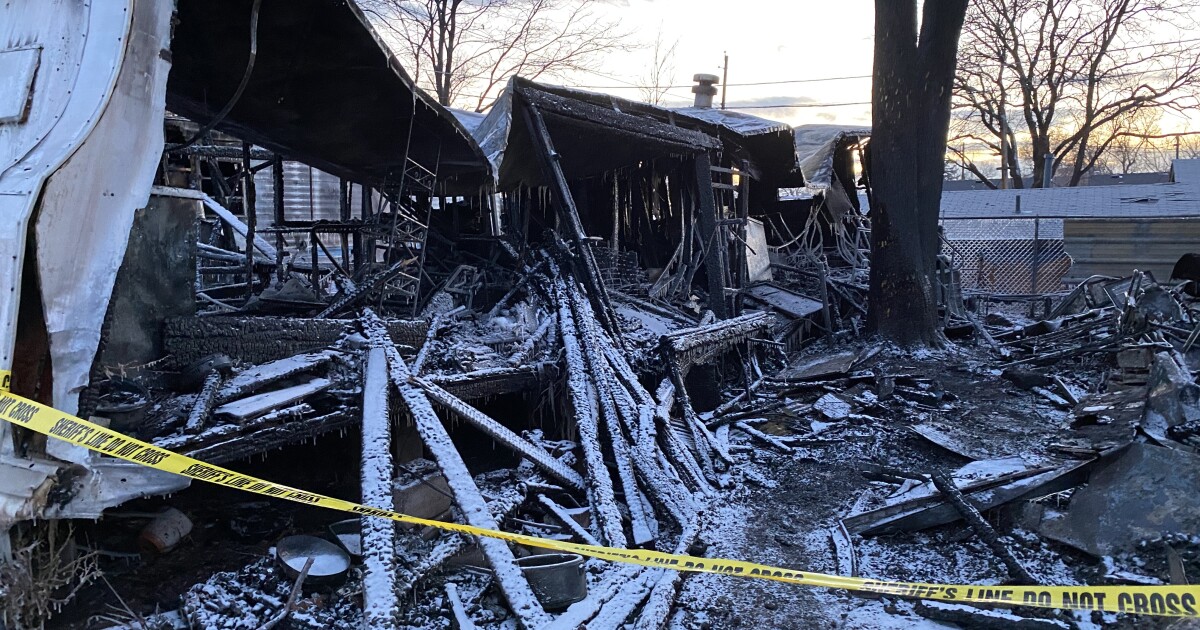 Deputy Elijah Roman was on his way to another call early Sunday morning when he spotted the flames and realized he was the closest to the call.

“When I showed up is when I saw the trailers on fire,” he said.

He saw at least three trailers on fire, and the firefighters were still on their way. He knew he had to act fast.

Despite being trained not to go into a burning building, Deputy Roman knew this was a life-or-death situation.

“Sometimes there’s just times where you have to do it anyway,” he said.

He first rescued an older man on a wheelchair from the middle trailer’s front porch. Then, he went inside as the fire grew larger and larger.

“The fire is just kind of coming up over my left side and then up over on to the hallway,” Deputy Roman recalled.

It’s there where he found a woman in need of help.

“I just picked her up and turned around, and that’s when the flames are kind of coming over the roof at that time in the hallway,” he said. “Ran out as fast as I could.”

The whole trailer was on fire a minute later. His partner soon arrived and helped rescue others from the nearby trailers.

The property manager, Jerry Early, says the fire started in the middle trailer and quickly spread to the two neighboring trailers, destroying all three in just 20 minutes.

He said the fire marshal’s office told him an improperly placed heat tape caused the fire.

“What they did was they wrapped it around the pipe all the way down. And somewhere along the way, they got it wrapped over itself. And when that happened, it burned,” Early said.

Medics took both residents in the middle trailer to the hospital, where they were recovering and “doing well,” according to Early,” as of Monday afternoon.

Deputy Roman and his partner also went to the hospital to get treated for smoke inhalation, and they’re both doing OK.