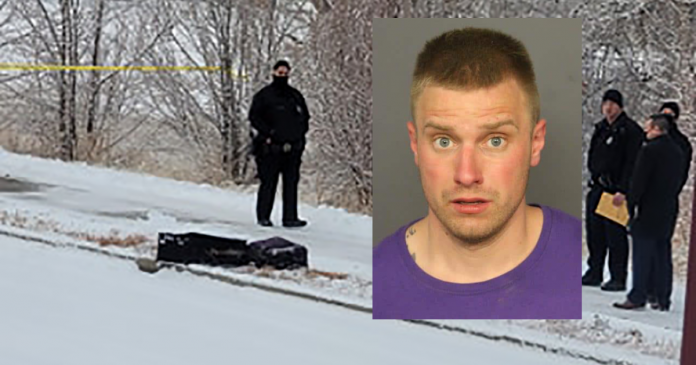 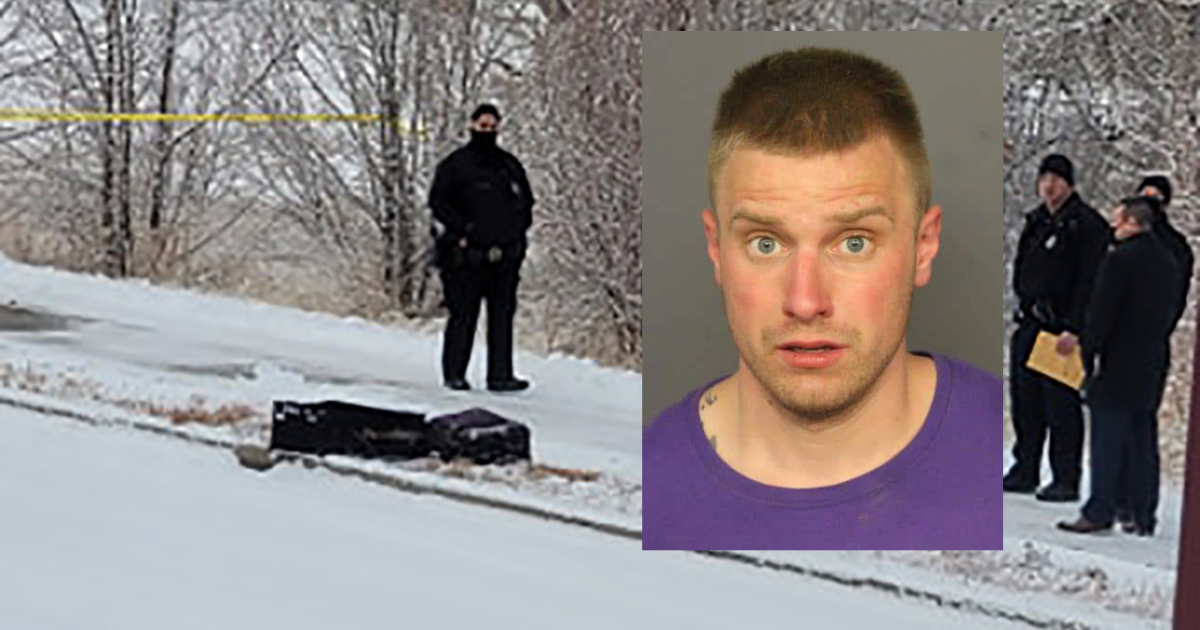 DENVER — The man arrested in connection with a homicide involving human remains discovered in suitcases was first linked to the case by baggage claim stickers, according to an arrest affidavit obtained by Denver7.

Benjamin Satterthwaite, 28, was charged Tuesday with the murder of 33-year old Joshua Lockard, whose dismembered remains were found in two suitcases in the 1700 block of S. Java Way in Denver by city employees on Dec. 29.

As investigators were processing the scene, police noticed a United Airlines baggage claim sticker on one of the purple suitcases with the name “Satterthwaite” and “Den.” This information eventually led authorities to the suspect who was arrested Jan. 8.

Satterthwaite was taken to Swedish Medical Center where police obtained fingerprints. Meanwhile, investigators obtained a search warrant, and inside the suspect’s home, collected evidence which included a suitcase that matched the one found at the scene, and — through the use of luminol — an excessive amount of blood on a couch, in the bathroom and in the bathtub, court records state.

Police wrote in the affidavit that they also recovered a bloody saw blade from the apartment, which surveillance video allegedly shows Satterthwaite purchasing from a Walmart on Dec. 27.

The victim, Joshua Lockard, was last seen on Dec. 26. Police talked to a friend of Lockard who told them they dropped him off at Alameda High School around noon after giving the victim a ride to cash a check. Witnesses told police that Lockard struggled with a meth addiction and was recently kicked out of a rehab facility.

The Denver Office of the Medical Examiner said that the cause and manner of Lockard’s death is pending investigation.

A possible motive for the killing was not provided in the heavily-redacted affidavit. However, it appears the suspect and the victim knew each other and Lockard had stayed at Satterthwaite’s South Federal apartment at some point.

Satterthwaite faces one count of murder in the first degree and one count of tampering with a deceased human body.