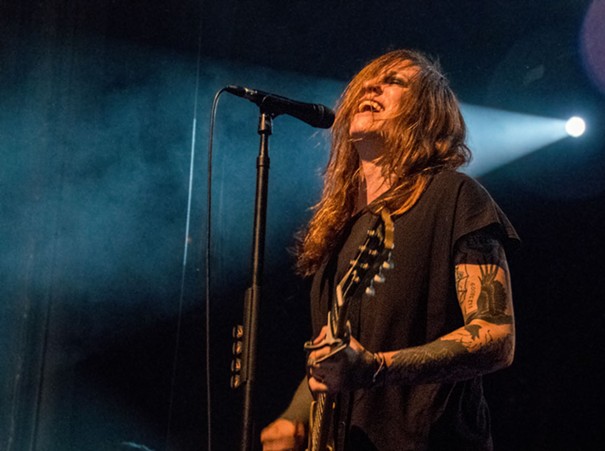 For many, Against Me! are best-known for Laura Jane Grace being the first high-profile rock bandleader to come out as transgender. But while she continues to make headlines for political acts like burning her birth certificate onstage in Charlotte, North Carolina (to protest that city’s anti-LGBTQ bathroom bill), it’s the alt-punk band’s music that’s been the main attraction for longtime fans over the course of nearly two decades.

A few reviewers characterized the group’s most recent album Shape Shift With Me as somewhat predictable, but when it comes to satisfying Against Me!’s devoted followers at this New Year’s Eve show, that might well be a plus.