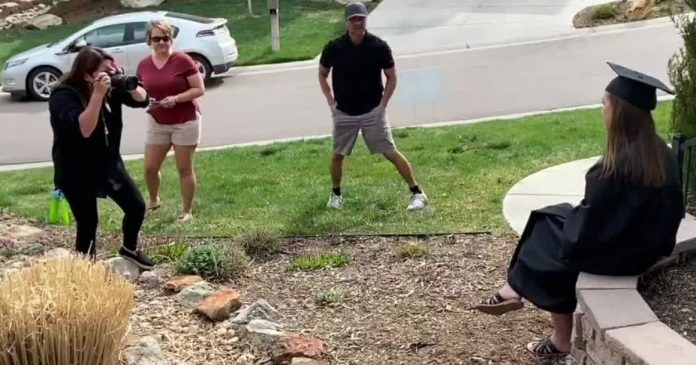 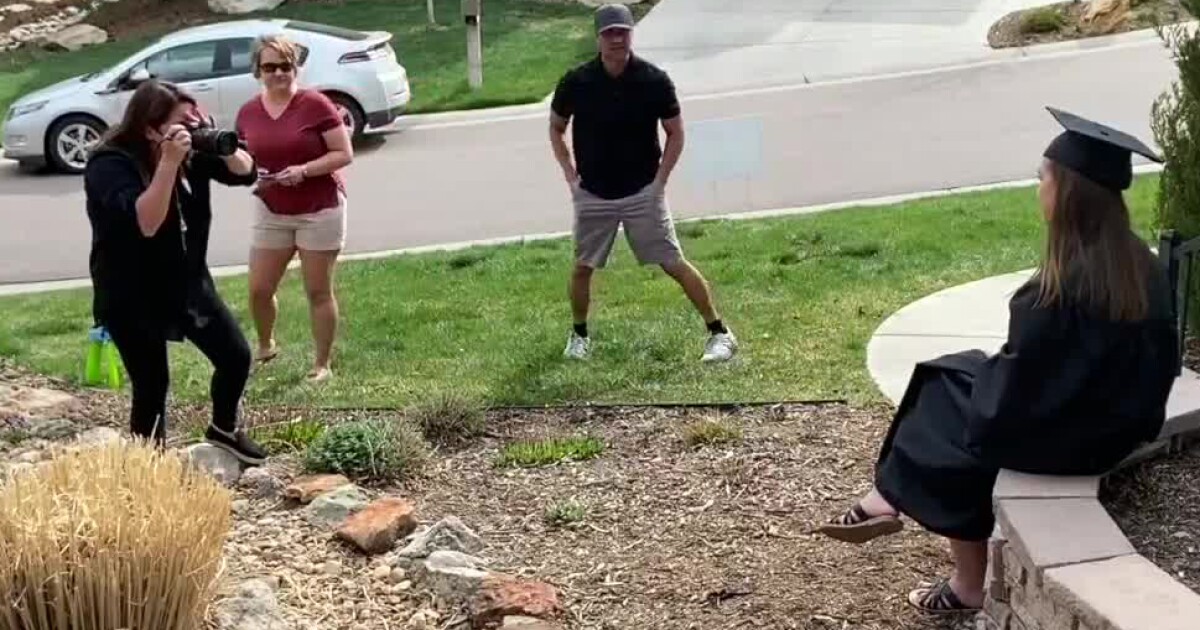 CASTLE ROCK, Colo. — When there is turmoil in life, some people are at their best when working together for the greater good.

Donna Coto, a Castle Rock photographer, was struggling like everybody else, but wanted to use her talents to help.

“Everybody wants to do something and we were all stuck at home,” she said.

Coto saw a trending idea on social media called The Front Porch Photo Project. The project welcomes local photographers to take pictures of families on their front porch as a way to help them document this historic time, all while staying a safe distance away.

“It clicked with me, but I didn’t step on it, I didn’t run with it,” Coto said. “I didn’t want to do anything with that until I started seeing that they were doing it for different nonprofits and charities.”

Enter Patrick Johnson. He’s the publisher of the Colorado Dining Guide and the idea man behind the Douglas and El Paso Counties’ efforts to Feed the Frontline Heroes.

“This program was created to raise funds to help the restaurants stay in business but at the same time we can provide food to the frontline workers, who are really doing all the work,” said Johnson.

So, when Coto heard what Johnson was doing, she picked up the phone.

“I connected with what the mission was and felt compassion toward that,” she said. “We connected, and I told him what I’d like to do is take pictures for my community.”

And what happened next took Donna by surprise.

“I didn’t know how receptive people would be, but I’d ask for a $10 donation with all funds going to Feed the Frontline Heroes and I had an overwhelming response,” said Coto. “I thought I’d raise a couple hundred dollars but in the first 45 minutes I met my goal and raised over $1,000. I just gave him a check for $1,120, which goes to this food that we picked up today and we’re delivering to the hospital.”

Linda Watson, director of marketing and public relations for Sky Ridge Medical Center, said the deliveries have meant the world to them.

“Every one of our employees is grateful, humbled and we feel extremely honored and thankful to everybody that’s shown such great support to us,” Watson said.

Just as the saying goes, one good deed deserves another. One of Coto’s good friends and fellow photographer Lara Mark, of Castle Rock, wanted to help. The money she’s raising to feed the frontline heroes comes from helping high school seniors preserve their memories.

She said she wanted to bring joy to those students, who won’t have a senior prom, may not have a graduation, and won’t have those last days of high school to say goodbye.

“For me, a photo session with them would bring so much joy to the kids who are really suffering right now,” she said.

Castle View High School senior Ethan Parks said he thought the idea was cool, even though he doesn’t usually like being photographed.

Valor High School senior Erika Lamb said she’s sad she can’t spend this time with her friends, but the photos meant a lot to her.

“I’ll never forget this because so many things were taken away from me this year and it’s great that it is giving back to people,” she said.

Jason Amoroso, the father of a Castle View High School senior, said this should have been the time of his daughter’s life.

“So, just looking back, having anything to grasp onto like these pictures is a good thing,” he said.

Coto said she’s grateful to everybody who has helped the cause and allowed her to photograph them.

They say a picture is worth a thousand words. There aren’t enough pictures to describe kindness like this during the most trying of times.