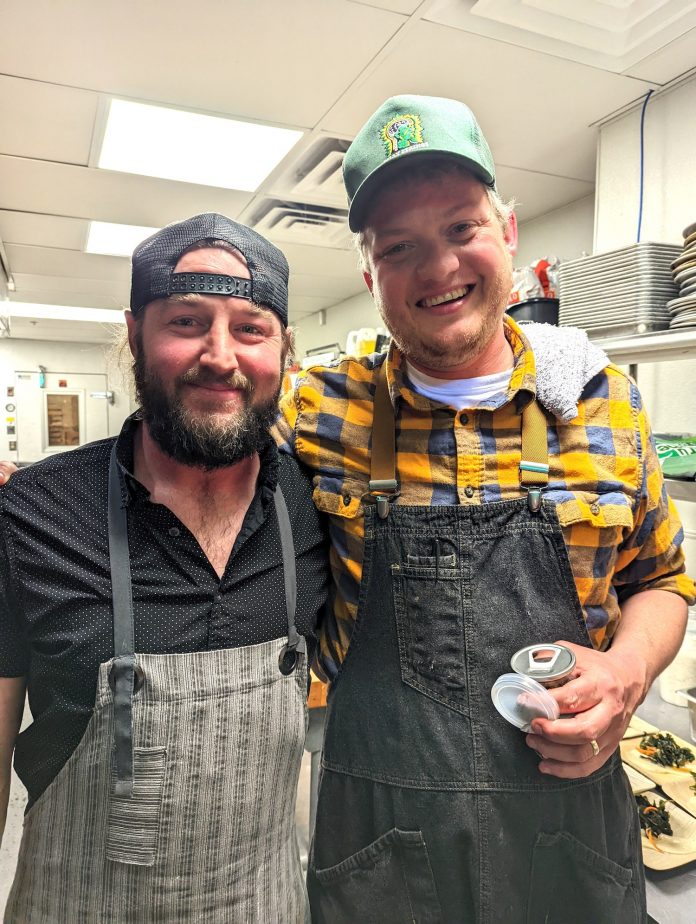 While many businesses didn’t survive through the pandemic, many new ones were created out of necessity. Those that worked in the restaurant industry were hit especially hard and had to get extremely creative in order to make it through. It was out of creativity and a drive to thrive that T.S.R. was born. Now operating out of the kitchen at American Bonded, T.S.R. offers an elevated, eclectic version of street food that keeps you on your toes. 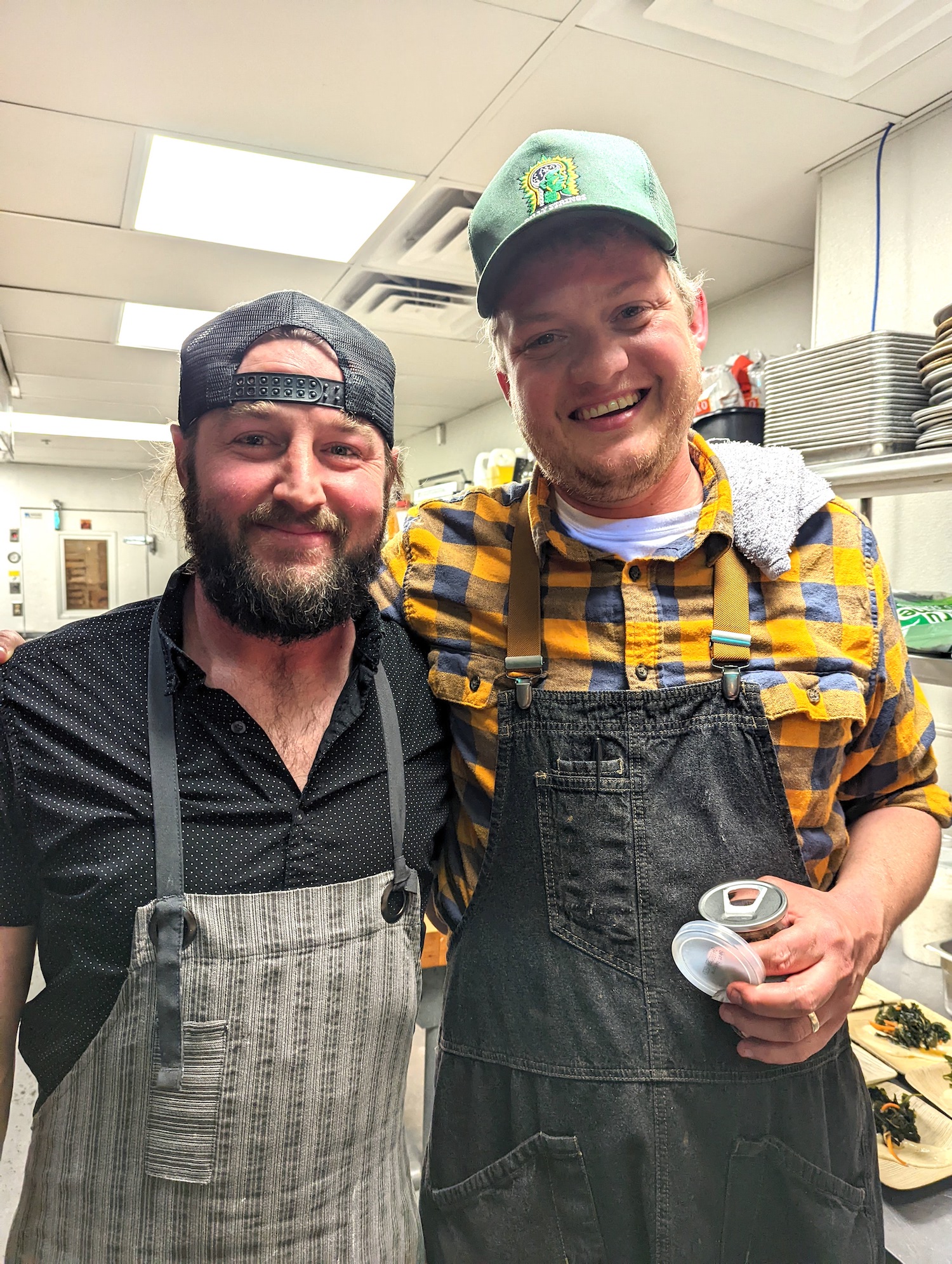 When restaurants were ordered to shut down during the beginning of the pandemic, many chefs, servers, line cooks, bartenders and restaurant managers were out of a job. Two of those people were Forrest Bayne and Austin Hume. “When we lost our jobs I didn’t know what to do with myself. I was ready to go. I don’t sit around. I love being in the kitchen and planning events,” said Bayne. “One day, we were hanging out at Austin’s house and talking about what we could put in a bottle and sell. We weren’t sure what was going to happen to the restaurant industry, so we wanted to create something that we could bring into people’s homes. We landed on chimichurri.” 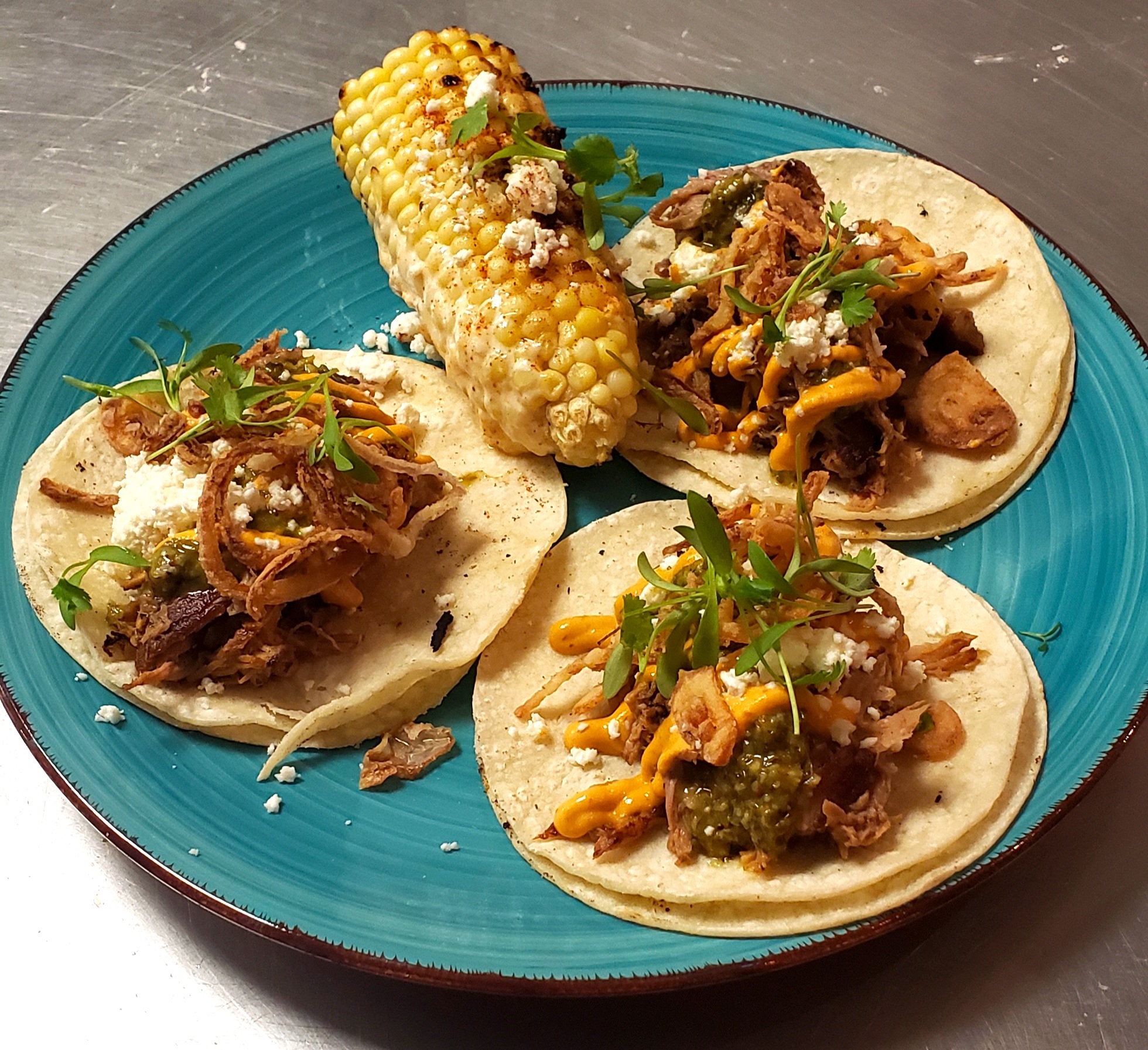 Bayne had back-of-the-house experience as the former head chef at Vine Street, and Hume had front-of-the-house experience as the previous general manager at Sushi Ronin, which made for the perfect combination. “We created 60 versions of chimichurri until we got it exactly right, down to the gram,” said Bayne. The duo began bottling and selling their chimichurri under the name “Chimichurri Bros” at farmer’s markets and pop-ups around town and eventually began to cook street food at festivals and events. “We got really good at cooking street food,” said Bayne. “When we heard that the space at American Bonded was opening up, we jumped on it and started working out of that kitchen in less than a week.”

Now that they were cooking food and not just chimichurri, they needed a different name. “We ended up naming it after the first song on the Against Me! album ‘As the Eternal Cowboy’ — T.S.R. or This Shit Rules,” said Bayne. Designed like a good mixtape, with hit after hit, T.S.R.’s menu consists of two “sides” — side A is for shareables and side B is for mains — and all items are named after artists, albums or songs. The shareables include things like I’m So Fancy Toast ($12), Sex and Candied Brussels Sprouts ($7), Drop It Like It’s Hot Pockets ($6) and Poutine On The Ritz ($14). The mains include MMM My Perogies ($15) — one of Bayne’s specialties — with pork belly, brussels, pickled mustard seeds, chive crema, beer cheese and crispy shallots; Forbidden Love ($13) with forbidden rice arancini, red curry, sweet potato, charred broccoli, pickled fresnos and a coconut milk reduction and a Lil’Kim Cheesesteak ($15) with bulgogi marinated ribeye and kimchi gochujang cheese wiz on an amoroso roll served with fries. 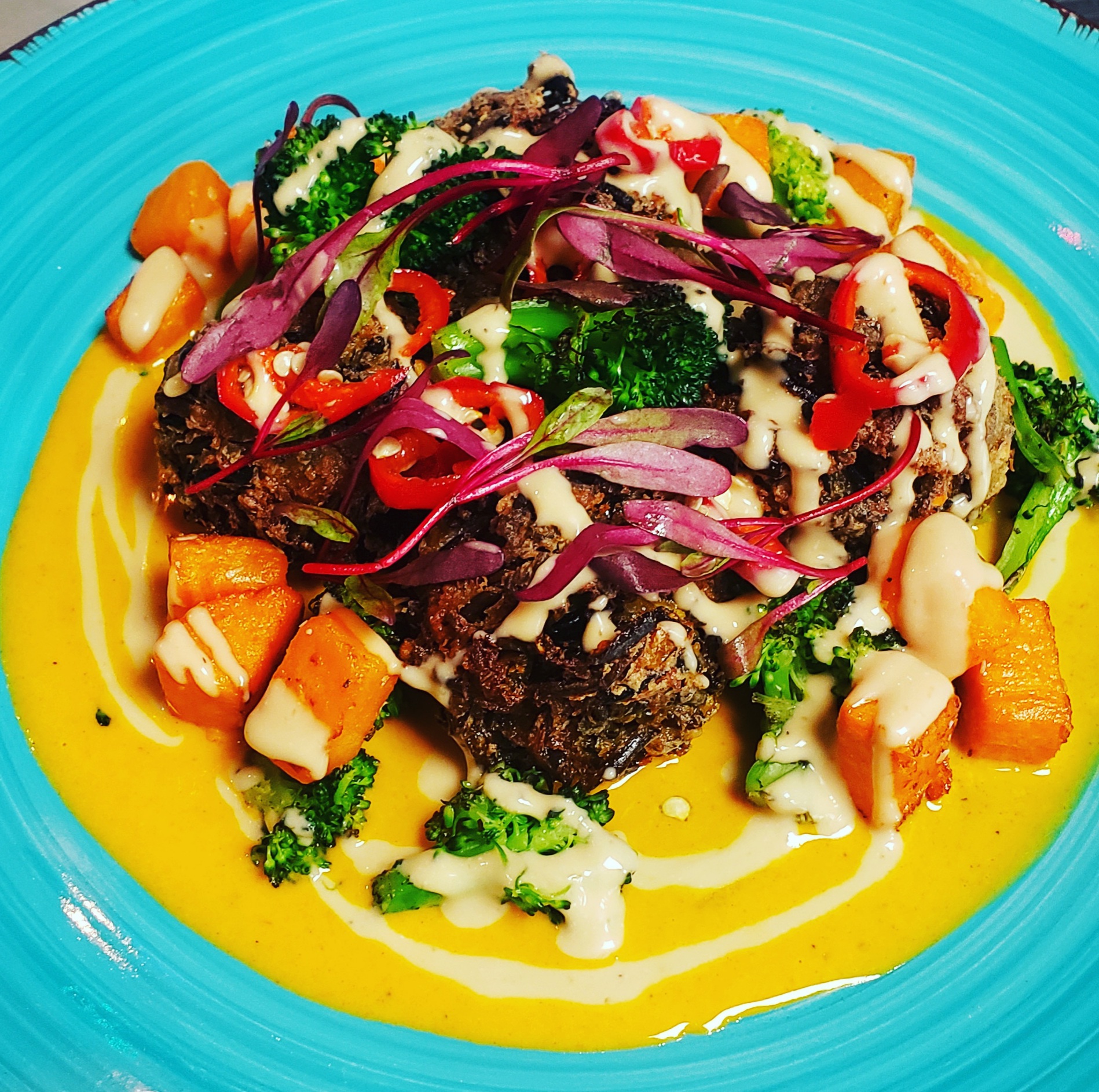 American Bonded should be opening its rooftop soon, so next time you’re looking for a good drink head on over to get some good food with it and enjoy the rooftop patio. Keep an eye out for T.S.R.’s latest menu and stay up to date on events by following them on Instagram.