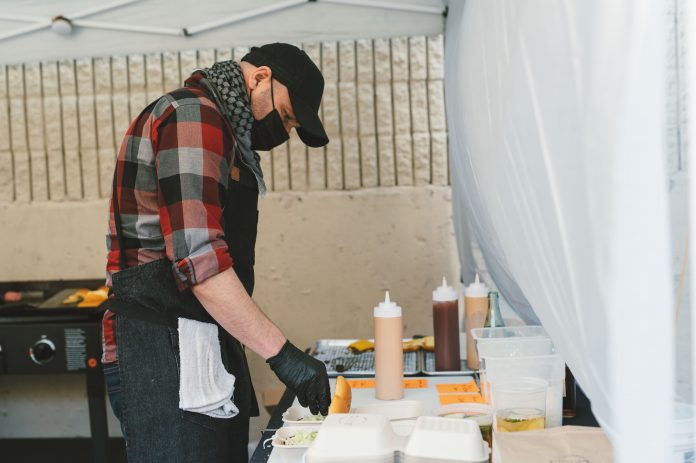 They say it’s important to love what you do. For Antoine “Twan” Villaume — an Uncle team member who formally founded the splendid pop-up Twansburger early this year  — the decision to commit his destiny to smashed beef patties came as a result of hours of thinking, writing, philosophizing and envisioning a more noble future for the quintessential American staple. For Villaume, Twans is more than just about making great burgers — and great they are. Instead, the project is designed to tease the culture in a direction where ethics outperform crass profiteering and burgers are produced and consumed with the respect they so obviously deserve. 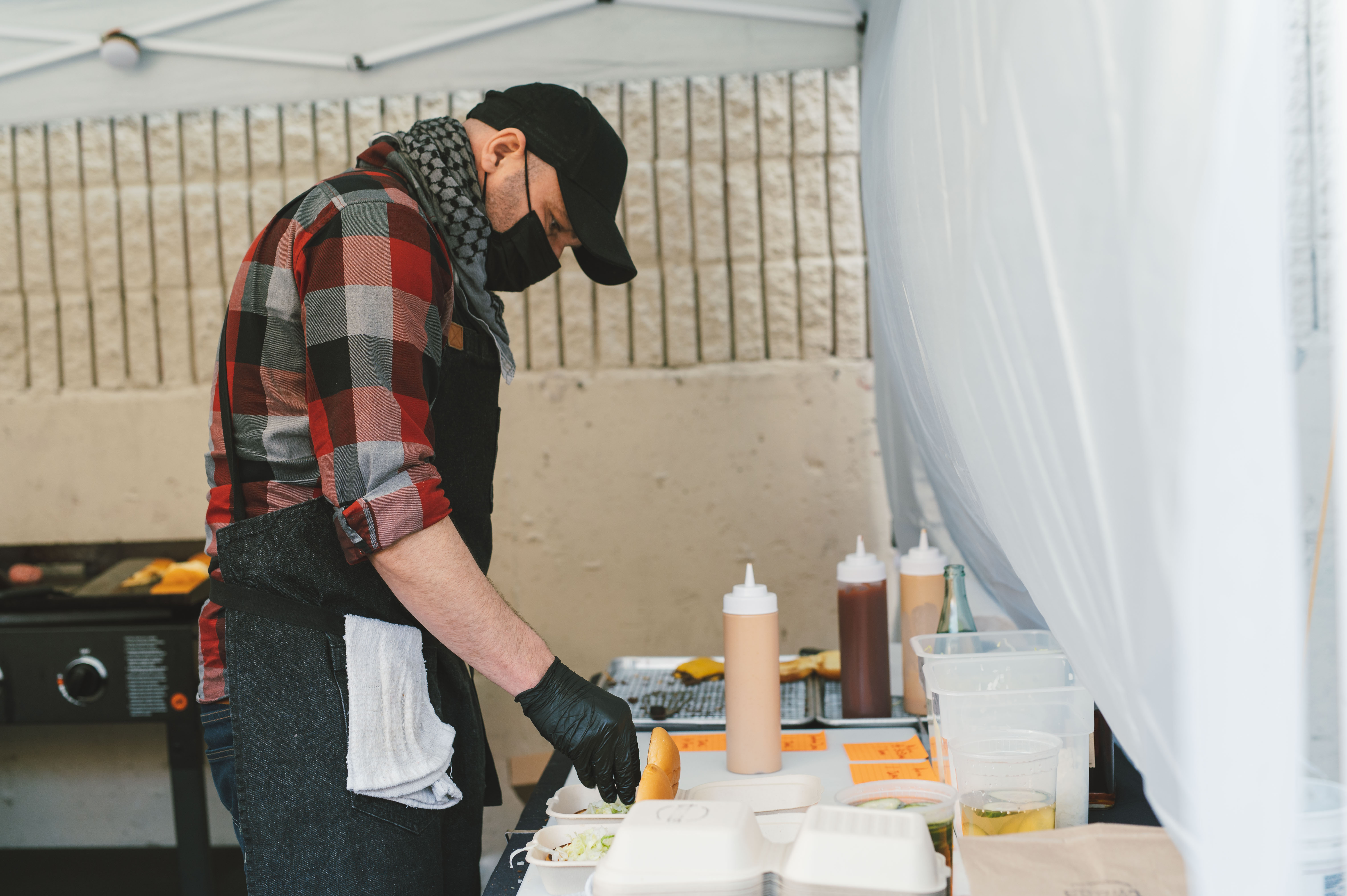 “I’ve eaten food from everywhere in the fuckin’ world and I seriously think the cheeseburger is the best culinary invention ever,” said Villaume. While still in its infancy, Twans has all the makings to join an existing vanguard of virtuoso ground beef futurists — a national cast that includes Chicago’s Au Cheval and LA’s Goldburger, the spot from which Villaume directly drew a good portion of his inspiration. He is a believer — that burgers are their own finger-licking gospel.

Villaume — a self-described food-service jack of all trades — was born in Annecy, a lakeside town in the French Alps. He grew up mostly in Paris, where he began his career trajectory at Le Fumoir, an early subscriber that helped to introduce the latest era in cocktails across the cultural metropolis. “What are you talking about fresh juice? What are you talking about making your own simples?” reminisced the former bartender. After meeting a California girl who was studying in Bordeaux, Villaume relocated stateside, originally landing in Santa Barbara in 1999.

Following a move to Venice, Villaume started what would be a decade-long tenure at Gjelina, where, under famed chef Travis Lett, he would help to introduce farm-to-table cuisine to the Hollywood upper crust. “We changed Venice. We turned ghost town into Rodeo Drive,” he said nostalgically. While there, he produced well-applauded cider, dipped his toes in the wine business and continued to ride the crest of the state’s cutting edge fine-dining scene. It was also during this period that he met August Poehls, Uncle’s current GM.

Villaume arrived in Denver in late February 2020, enjoying a few weeks of unfettered optimism before the world imposed an abrupt and unexpected hermitage. He spent a period at The Wolf’s Tailor prior to relocating his talents to Uncle. New to the city, he spent time that may otherwise have been used socializing on house-bound undertakings — reading, scrawling and developing the robust conceptual roadmap that stretches Twans from the stall to the horizon. “If I didn’t write shit down there would be no Twans,” he said. After spending months tinkering, he debuted the burger last spring to a panel of Uncle chefs at an informal dinner at Poehls’ house.

“If you’re writing the script, the story was there. You might change a costume or character or two,” grinned Villaume, noting that the recipe has remained largely unchanged since. This year, he launched Twans at NTMRKT after Uncle and Hop Alley founder Tommy Lee introduced him to flea organizer and KREAM Kimchi mastermind Virgil Dickerson. The stall has since graced both Infinite Monkey Theorem and Fort Greene with two subsequent appearances.

Villaume’s vision has always been many steps ahead, the ideation dramatically eclipsing the current scope. Even so, he intentionally chose the pursuit of burger perfection for the modesty inherent to the craft.

“I want to put out the best product I can but I don’t want to seem elitist,” said Villaume. “The burger is very pedestrian. I want to be the rock and roll,” he continued. “Everyone has a primal relationship to food.”

At the pop-ups, Villaume plays the back, allowing what is basically a single-dish menu to speak for itself. The convictions are evident in the flavor, not overtly advertised. Though the maestro says a website is coming soon, with well-displayed supply chains sitting front and center. “Whenever I’m working on this project it makes me happy — the sense of responsibility,” he smiled.

Owing much to the same school of thought espoused by Au Cheval and Goldburger, the burgers themselves succeed by doing simple well. Villaume personally grinds a blend of two-thirds chuck and one-third brisket at Uncle’s LoHi location. The organic Angus beef is currently sourced from a local farm in southern Colorado, though a discussion with fellow NTMRKT affiliate The Boozy Botanist‘s Katie Green may soon see a connection with her cattle ranching family in northern New Mexico.

Each double cheeseburger ($10) comes with house-made pickles, diced white onion, shredded organic iceberg lettuce, American cheese and house sauce — a balanced amalgam of a clean mayo, ketchup and potent French mustard — atop a Martin’s potato bun. Though the Surgeon General still has yet to recognize American cheese as a pillar of clean eating, its use is deliberate — a balanced acknowledgment of nostalgia’s place in the genre. “If you eliminate 75% of the garbage you still win,” smiled Villaume.

Villaume says a brick and mortar is inevitable, with the biggest and nearest goal being a few shops around the state or possibly the country. He’d like to own a ranch, and sooner than that, cattle of his own. “You can actually raise cattle and be carbon negative,” he mused. “I’ve always wanted to be my own boss and do something meaningful and impactful.” Over the years, the burger has sadly been pushed into becoming the glossy emblem for food’s plasticization. Twansburger is helping to bring a bit of the soul back.

Ambitious? Sure. But what in this world is more worth doing than a burger done just the way it should be?

Twansburger is slated to appear at the upcoming NTMRKT events at Infinite Monkey Theorem on Saturday, March 20, and Acreage by Stem Ciders on Friday, March 26. Further updates on where to find the pop-up next can be found on its Instagram.

All photography by Alden Bonecutter.