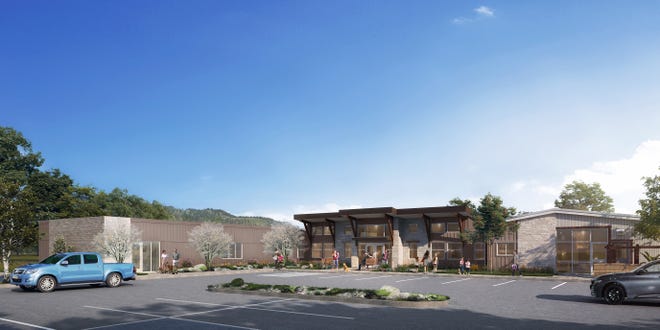 The room’s cream-colored cinderblock walls were lined with kennels of just more than a dozen cats and kittens, from the very vocal 10-week-old Dash to the reserved and respectful 10-year-old Marty — a blue-eyed siamese cat known for a distinctive meow that makes him sound like rapper Cardi B. Appropriately, his nickname around Animal Friends Alliance is Marty B.

Over the past 15 years, thousands of cats like Dash and Marty have filtered through this facility at 2321 E. Mulberry St. — a sprawling but squat 1970s strip mall where Fort Collins Cat Rescue first got its start in 2006. Last year, the cat rescue and spay/neuter clinic merged with fellow no-kill Fort Collins shelter Animal House Rescue & Grooming to become Animal Friends Alliance.

The expansion is expected to cost around $2.3 million and will include the construction of a brand new centralized lobby and cat adoption center, which will house all of the shelter’s adoptable cats in the future.

‘Quite healing’:Pet adoptions increase in 2020 as Northern Coloradans cope with COVID-19

The project includes the renovation of a currently unused building at the Taft Hill campus. The building will be transformed into office space for shelter staff, according to Animal Friends Alliance Executive Director Sarah Swanty, who is serving as a co-chair on the capital campaign board alongside Julie Piepho.

An existing shelter facility at its Taft Hill Road campus, which was renovated when Animal House moved there in 2017, will remain as is.

After the new shelter facility opens, the Mulberry Street facility will remain open as the hub for Animal Friends Alliance’s community pet resource program, which includes a pet food pantry; provides behavior resources; and vaccinates and returns cats safely to the community through its Community Cat Program, Swanty said.

After a seed gift of $600,000 from an unnamed donor, Animal Friends Alliance has been  accepting donations for the expansion project since October. It’s collected just under $1.5 million total and hopes to break ground on the new shelter and building renovation in August, according to Swanty, one of the co-founders of Fort Collins Cat Rescue.

“Both our parent organizations started about 15 years ago in rentals that were not facilities in any way built to house animals,” Swanty said.

The shelter’s Mulberry facility was built in 1979 as a strip mall, and Animal House, which was founded in 2007, was originally housed in a West Vine Drive facility once occupied by Gallegos Sanitation before its move to Taft Hill Road.

“That we help 14,000 animals a year working out of retrofitted old facilities … is phenomenal,” Swanty said, noting that after the 2020 merger, Animal Friends Alliance was able to place more than 1,000 dogs — a record — in adopted homes last year using its newly pooled resources.

“… Use your imagination to think what we can do with a shelter that was actually built for animals,” Swanty said.

A daring rescue:City employee saves man who fell through ice trying to save dog

The new centralized lobby and adoption area will likely ease confusion for the public. With its cats and dogs almost entirely housed separately between its two campuses, it’s fairly common for people to visit the Mulberry Street facility looking for dogs while others visit its Taft Hill campus in search of adoptable cats.

The new building will give the shelter’s adoptable cats roughly 45% more room than they have now, Swanty estimated. Currently, the Mulberry Street facility houses 42 cats on average, with a capacity reaching up to around 57.

Instead of standard kennels, the new space will also feature a series of colony rooms — open-air spaces that will house up to five cats and kittens and allow potential adopters to interact with them more casually.

The planned renovation of an existing, unused building into office space will also give the Taft Hill Road campus badly needed work areas for its staff, who are currently operating out of just one office, Swanty said.

The new shelter’s capital campaign launched Wednesday with yard signs, social media messaging and volunteers out and about in the community advertising the campaign, Piepho said.

“After years of hard work and perseverance and tenacity, it feels pretty incredible” to see the process begin, Swanty said.

You can make online donations to the Animal Friends Alliance campaign at bringingpawstogether.org and savinganimalstoday.org. You can also text your donation to 50155.

Pledges to the capital campaign must me made by October and fulfilled through the end of 2022.