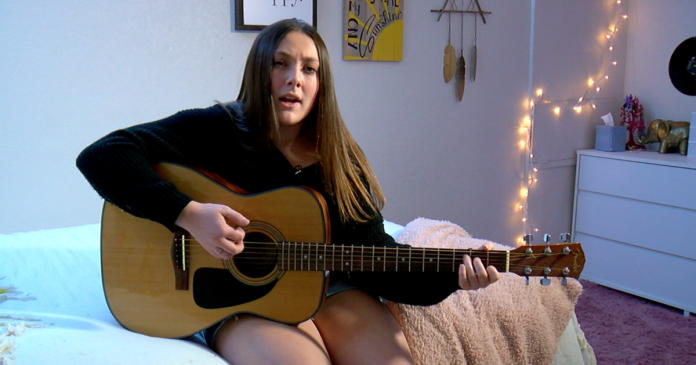 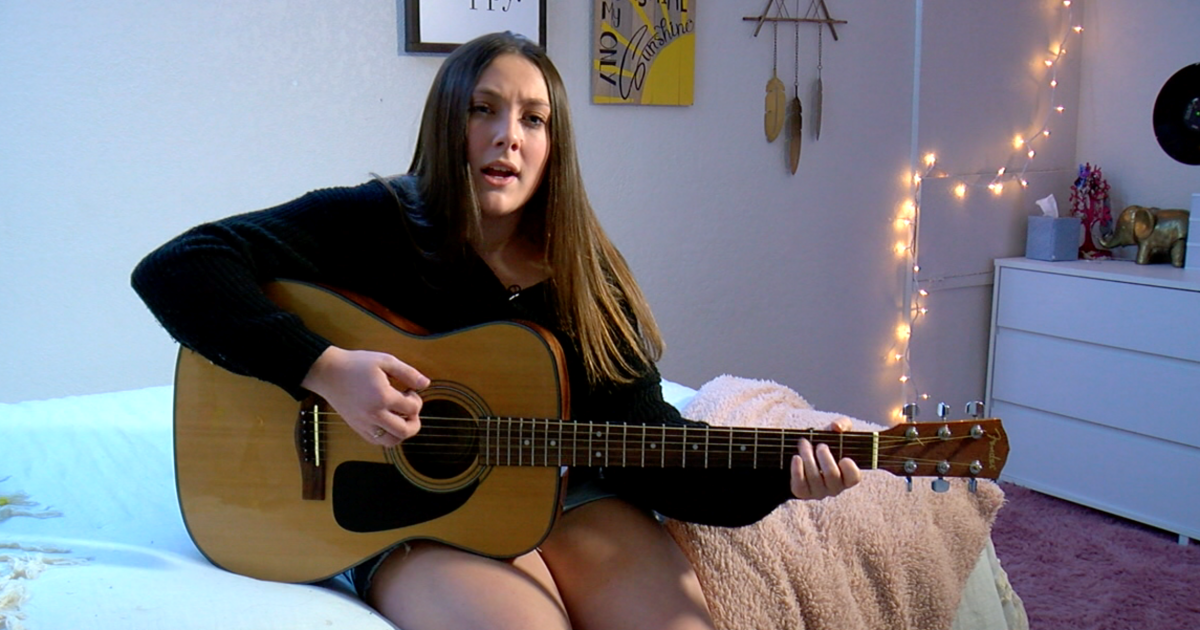 When she was 13, she received her first guitar and taught herself how to play.

Doucet outgrew her 3/4-sized guitar. With Christmas around the corner, she knew what to ask for.

“I just wanted something bigger and more fitting to who I am now,” Doucet said.

Doucet’s mother, Kendra Connell, said that, “for Christmas this year, she wanted a full size guitar and we couldn’t afford it.”

Connell said the family fell on hard times and she was unable to buy her daughter a new guitar. Instead, she posted to a Highlands Ranch Facebook group in hopes of buying a used guitar, posting a video of her daughter singing and playing guitar on the same post. The whole time, keeping the search a secret from her daughter.

Connell said she “was blown away” by the response from the page.

The post has more than 100 comments either praising Doucet’s abilities or offering to give their used guitar to the family for free. There was one offer Connell couldn’t pass up, a fender guitar. The same instrument Bella called a “dream guitar of mine.”

Connell met the donor, who chose to remain anonymous, a week before Christmas. On the holiday, her daughter unwrapped the gift she will always remember.

“I looked at it and said, ‘This is the most beautiful guitar I think I’ve ever seen,” Doucet remembered.