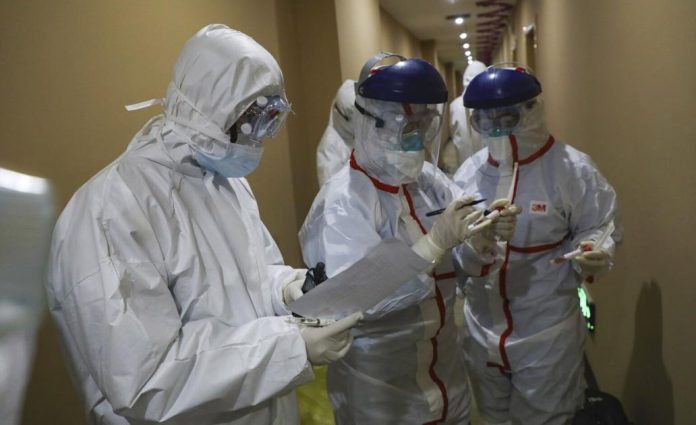 An additional case of the new, more infectious COVID-19 variant has been identified in Colorado, the state’s Department of Public Health and Environment said Thursday night, bringing the state’s total to three.

Another possible case was identified and is pending confirmation, the department said in a press release. On Wednesday, the state announced a second confirmed case. The third confirmed and the suspected case are both staff members at Aurora’s Veterans Community Living Center at Fitzsimons. The strain, known as B 1.1.7, was first identified in the United Kingdom, where it’s spread rapidly.

No other cases — suspected or confirmed — have been identified at the facility. The new cases come a week after the state identified its first case, in a member of the state National Guard who’d been working at a Simla assisted-living facility. A second soldier was suspected of having the new strain, as well. The Simla facility had an ongoing outbreak when the soldiers were deployed to help in a non-clinical role.

Though the initial patient had no history of travel, which indicates he contracted locally, officials said they don’t think he contracted the virus from his time at the long-term care facility.

“Scientists in the United Kingdom believe the B.1.1.7 variant to be more contagious than previously identified strains of the SARS-CoV-2 variant, though no more severe in symptoms,” the health department wrote in its Thursday night press release. The state’s health lab is testing all of its samples for characteristics of the new strain. “In addition, the currently approved vaccines are thought to be effective against this variant.”

The first case of this new strain in Colorado was also the first confirmed in country. According to the Centers for Disease Control and Prevention, it’s since been identified in four other states: California, New York, Georgia and Florida. California has 26 such cases, while Florida has 22. Local media reports in Texas said officials there have confirmed the first case in the Lone Star State.