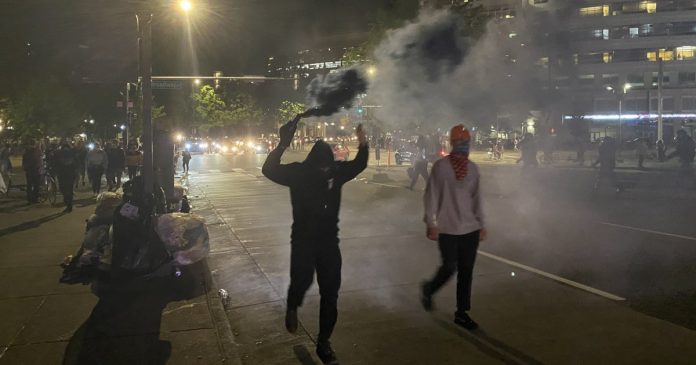 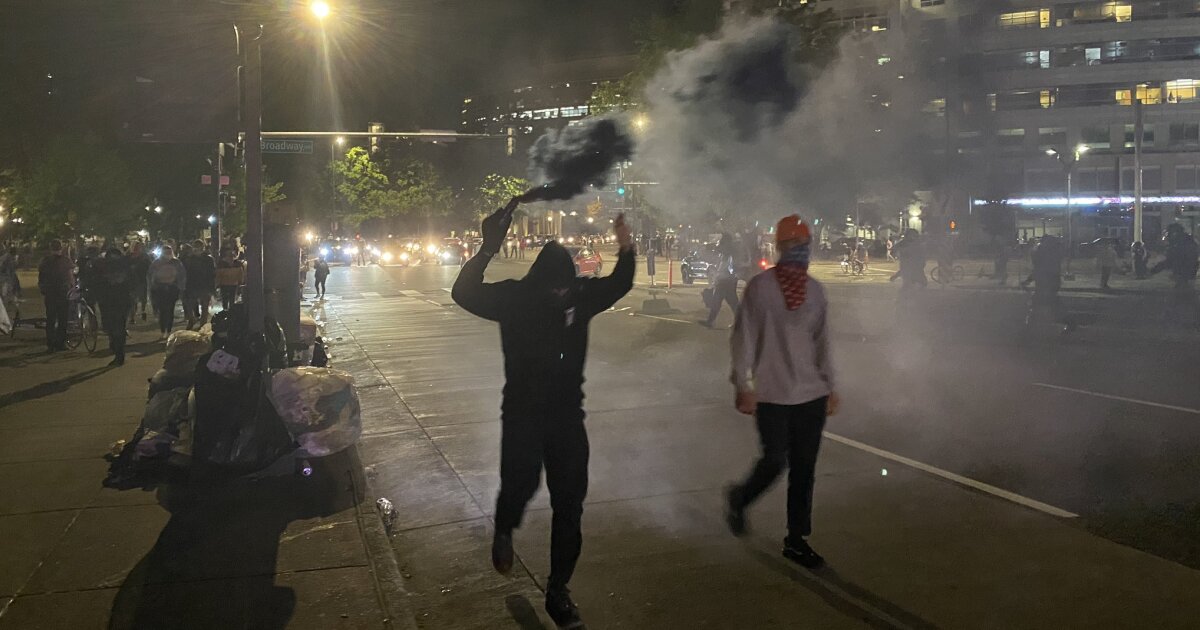 Standoffs between demonstrators and Denver police have taken a violent turn at times, with demonstrators throwing rocks and other projectiles and officers dousing crowds with tear gas, pepper spray and flash-bangs.

“These are rubber bullets,” said one protester who only wanted to be identified as ‘Jack.’ “They hurt a lot more.”

At least one city leader is now calling for an investigation into the use of force by the DPD during the protests.

Kashmann says he doesn’t doubt Chief Paul Pazen’s abilities, but if mistakes were made, he says the public should know about it.

“Was this the time that tear gas needed to be employed?” Kashmann said. “That is the discussion that I want to have.”

What we know is police are using what they call less than lethal force, but the effectiveness of police in riot gear and armed with those less lethal weapons is up for debate.

“When people are oppressed and abused and killed just because of the color of their skin, it’s no wonder they are pissed off and they act on it,” civil rights attorney Mari Newman said. “And when police act like a military occupying force, it causes more violence, not less.”

But the executive director for the Denver Department of Public Safety, Murphy Robinson, sees the DPD’s response as adequate, just and part of its mission to protect the public and its officers.

“The first day we did this, the police did not show up in riot gear,” Robinson said. “The result of that was a police officer took a rock to the head and was transported to the hospital. That’s what happens when you don’t wear riot gear. Riot gear is designed to protect officers, not incite violence.”

In fact, because of the rock throwing, Denver then moved in and bulldozed over the rocks at Civic Center Bus Station.

“We brought in dirt to cover up those rocks, so that it’s not even an option,” Murphy said. “But it’s not just rocks. People that bring guns to the table. People that bring knives, machetes, bats, even explosives out here in Denver for the last five days. That is not normal. We don’t see that in the city of Denver, ever.”

Capitol Cigars on Colfax had its windows busted out and nearly all its liquor stolen, just as they were opening up from the Covid shutdown.

“We were getting ready to gear up and everything just kind of got busted again,” Miranda Udelhoven said.

While Capitol Cigars support the protests, they also understand the need for certain police tactics.

“You have a really good common core cause that is valid, and then you have people that take advantage and use that opportunity to cause more pain and trauma,” Udelhoven said.

Robinson says the DPS fully supports any investigation into its actions which he says have been appropriately restrained at times and forceful at others.

“We’re always in the vain of wanting to learn from the things that we do,” Robinson said. “We have to remember that our police officers are our families, our cousins, our neighbors.”