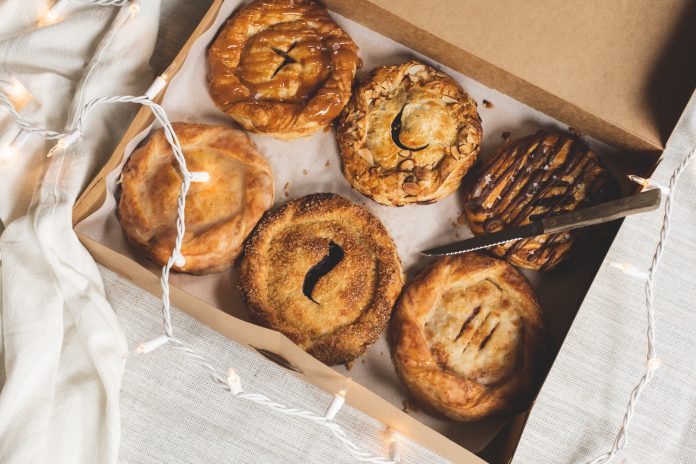 In a city full of small-scale bakeries with hand made treats, it can be hard to stand out. However, Bubby Goobers owners Jennifer Tom and Corrie Sharp do just that. As a wife and wife team and proud members of the LGBTQ+ community, both Tom and Sharp mimic their love for each other with a flavorful and approachable menu. Working out of a shared kitchen space, this bakery offers an intimate selection of hand pies with both seasonal and classic flavors.

Most traditional to the West, hand pies are typically flaky pastry dough — either baked or fried — with a sweet or savory filling. Some local renditions of this conveniently handheld meal include My Friends and Pie, Maria Empanada or the Pasty Republic. For Bubby Goober’s, sweeter flavor profiles have captured their hearts and creative minds.

As both Tom and Sharp grew up in the midwest, it was only natural for those same heartwarming flavors like cherry amaretto ($6) and salted caramel apple ($6) to grace the menu. When it comes to seasonal items, some of the most popular are peach bourbon ($6) — fresh local peaches mixed with bourbon and topped with a brown butter cinnamon glaze — and verbena berry ($6) — fresh blackberries, blueberries and raspberries with a fresh lemon verbena and vanilla bean glaze. 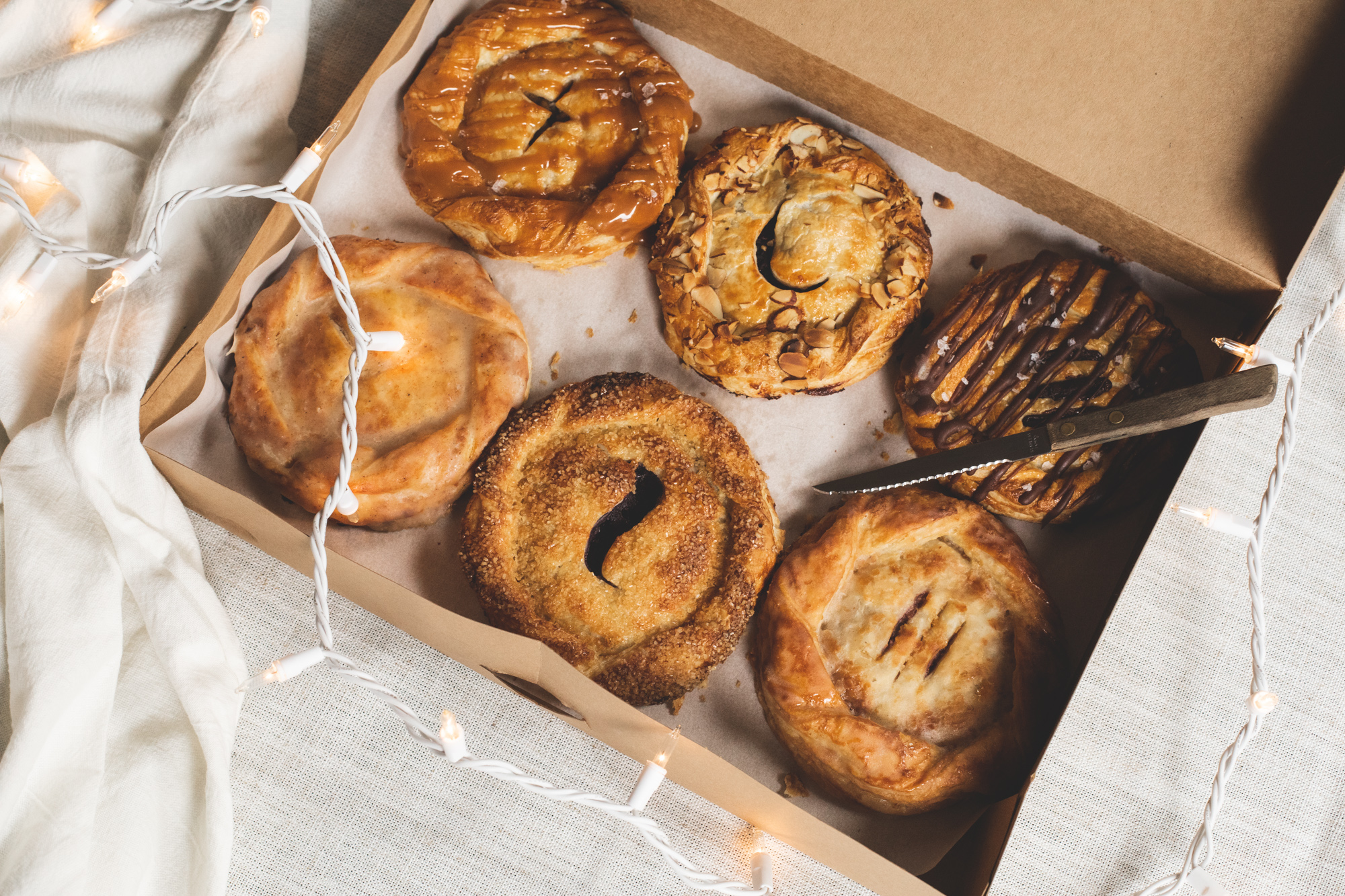 A selection of pies from Bubby Goobers

Reading Bubby Goobers, one might wonder what it means. Images of Spongebob’s Goofy Goobers episode may come to mind but in reality, the word pairing also doubles as nicknames for both Tom and Sharp. Tom, who previously worked in public relations and was the fashion editor at 303 Magazine, goes by Goober and Sharp, who is the general manager at Chook Kitchen, goes by Bubby.

As there’s no real correlation between the Spongebob universe and bakery name — the team does like to create a welcoming atmosphere where customers can “be a goober and be yourself,” Tom said.

READ: 16 Individuals Who Turned 2020 Side Hustles into Successful Culinary Businesses

Though owning and operating a successful bakery in Denver may seem like it comes with years of experience covered in flour and peaking into a high-temperature oven, Tom actually learned from scratch without an ounce of culinary experience. Other than her great grandmother’s famous gooseberry pie and grandfather’s classic cherry pie, it was a New Year’s Resolution and inability to successfully bake Tollhouse cookies that committed her to this new hobby turned business venture. As family recipes were lost from generation to generation, those nostalgic flavors from her childhood still peak through like the black and bluebarb ($6) or strawberry ginger pie ($6).

“We wanted to take something classic and approachable and make it our own,” Tom said.

While the summer months don’t usually call for warm baked goods, the team at Bubby Goobers continues to feel the warmth from their community, especially around the holidays.

“It’s been overwhelming how much our community has embraced us. Since Thanksgiving is like the Super Bowl for pie makers, we sold over 500 pies thanks to local food influencers on Instagram. The support has been invaluable, especially from the LGBTQ+ community. Since we decided to be open about being a queer-owned business, it just feels like a tight-knit community,” Tom said.

Pastries can be ordered online here or at various locations including the café at Heirloom Catering, Leever’s Locavore, Pinwheel Coffee and Crush Wine Bar. When ordering online please allow 48 hours.