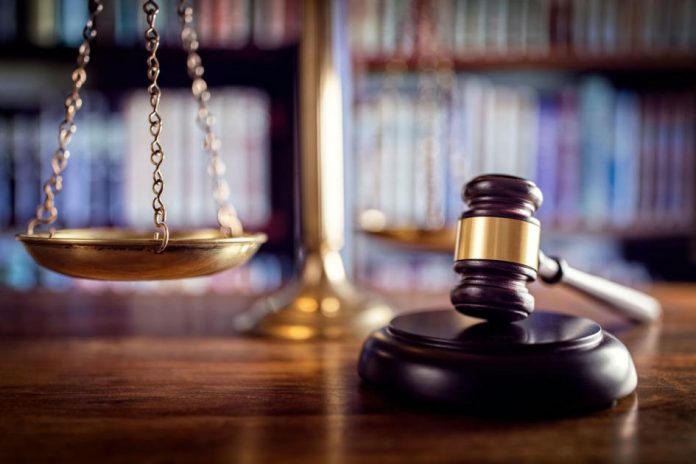 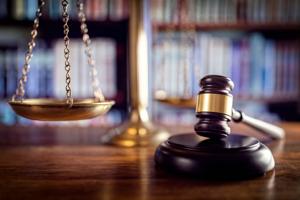 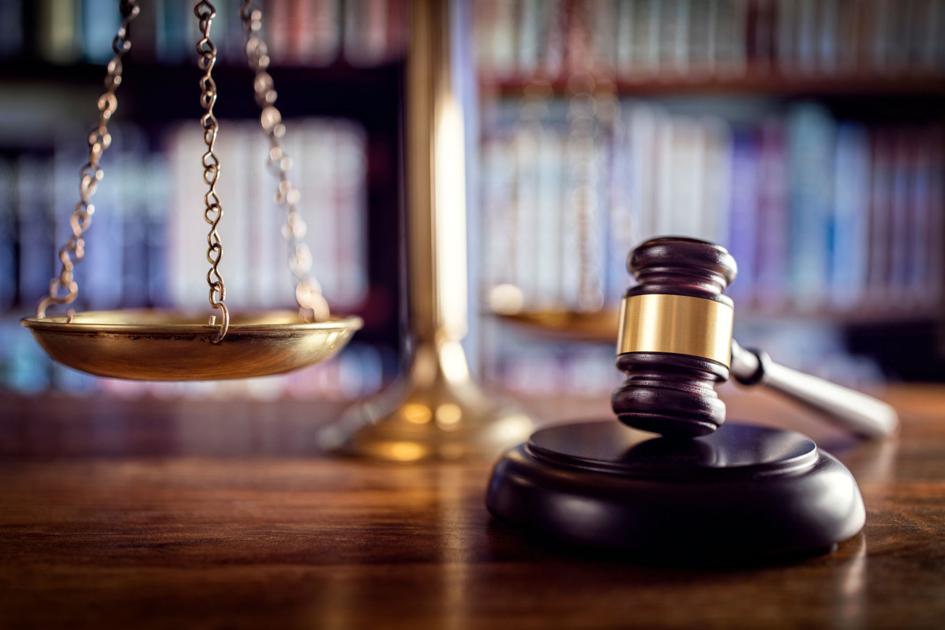 Jury trials in the El Paso County Combined Courts resumed last week after a more than three-month pause — only to hit an early hiccup in which a prosecutor tested positive for COVID-19 one day after completing a trial.

A defense attorney, a judicial worker and at least one other District Attorney’s office employee are now in quarantine, and roughly 60 other people, including jurors and members of the public summoned for jury selection in the case, were being notified of their possible exposure, court administrators confirmed.

The prosecutor’s positive test highlights renewed health concerns about resuming court business at a time when the coronavirus vaccine remains difficult to obtain for some of the attorneys and workers involved.

“Obviously, I’m not happy that I’m exposed and sitting at home quarantining for the next 10 days or until I get a negative test,” said Eric Anaya, a defense attorney who was in close contact with the sickened prosecutor during the trial, only the second to be conducted in district court following a shutdown in November amid a countywide spike in coronavirus infections.

Although court workers, prosecutors and public defenders became eligible to be inoculated Feb. 8, supply shortages have some of them scrambling to find providers.

For the Colorado Springs branch of the Office of the Colorado State Public Defender, that means “scanning the internet and trying multiple sites for an appointment,” or else traveling to rural areas where vaccines are more available, said spokeswoman Maureen Cain.

“Our office continues to be concerned about jury trials starting up again, and we try to do our best to keep our clients, our witnesses, families and our own staff safe,” she said.

Courthouse administrators emphasized that COVID-19 precautions remain in place at the El Paso County courthouse, including a mask requirement and social-distancing rules that limit how many people can be present in courtrooms and where they stand or sit while waiting for appearances. Roughly 30% of the courthouse’s 400 dedicated employees — judges, clerks, reporters and probation officers — say they have received the vaccine, said 4th Judicial District Administrator Scott Sosebee.

“I understand that the prosecutor that tested positive never removed their mask during the proceedings and was socially distanced from most in the courtroom,” Sosebee said. “As a result, the exposure risk to other judicial employees and jurors is considered low.”

Although the El Paso County courthouse reopened to the public earlier this month, many hearings are still being conducted virtually, and many services are being offered online rather than in person. The total number of daily visitors is roughly 10% of the pre-pandemic average of 3,000 visitors per day, administrators say.

Jury trials resumed Feb. 22 at a sharply reduced pace. Just two juries can be picked per day — one for district court and one for county court — allowing for four to five trials per week in each court system, said 4th Judicial District Chief Judge Will Bain. Before the pandemic, the county courthouse could convene up to 30 jury trials per week. The courts will “make it easy” for prospective jurors worried about coronavirus exposure to defer their service, he added.

The reduced schedule limits the courts’ ability to chip away at what Bain called an “eye-popping” backlog after nearly a year of setbacks and delays because of the pandemic.

By mid-January, there were 14,700 trials scheduled across the state, a fivefold increase from a year earlier, Bain said. El Paso County alone accounted for more than a quarter of the statewide backlog, with roughly 4,200 trials pending in the District and El Paso County courts, according to figures he provided.

“Not only are we dealing with backlog from the pandemic, but our felony filings never slowed down,” he said.

Bain pointed out that the first trial to be held after the hiatus involved a deadly drunken-driving crash dating to April 2019, illustrating how matters of public importance have been drawn out by the pandemic.

Trials at the El Paso County courthouse have been on hiatus since early November, and the courthouse was largely closed to the public through Feb. 8, when it reopened for some in-person services.

As chief judge in the district, Bain has wide latitude to direct court operations in El Paso County’s district and county courts by order of the Colorado Supreme Court’s chief justice. He said the courthouse will resume services “slowly and very incrementally” to avoid concerns about overcrowding.

Sosebee said he was encouraged by the number of inoculations among court staff within the first two weeks of their eligibility.

“We’ll continue to encourage our staff and our goal is to get 70% of our staff vaccinated over the next couple of months,” he said.

Michelle Hewitt, a county health spokeswoman, told The Gazette the county health department has no plans to facilitate vaccinations for courthouse workers.

“At this point in time, there are not any clinics/points of dispensing (PODs) planned for specific occupational groups,” she said, referring questions about vaccine distribution to individual employers, who she said are responsible for advising their employees under the state’s rollout plan.

Sosebee said he sends a weekly email to courthouse personnel with updates about where they can seek vaccines, and has provided employees with letters attesting that they are eligible to receive a vaccine under Colorado’s phased rollout.

“The challenge has been getting an appointment going through the pharmacy providers,” Sosebee said.

A Colorado Springs public defender who asked not to be named described “frustration everywhere,” and said that one colleague who sought the vaccine at a pharmacy was turned away after erroneously being told they were not eligible. Two other legal workers interviewed by The Gazette said appointments to receive vaccines at pharmacies and other providers were becoming more available in the past week, and both said they had no problem obtaining vaccinations.

Cain, the state spokeswoman for the Public Defender’s Office, said that in some jurisdictions, “the community has been very supportive and gotten our folks vaccinated with DAs and some other law enforcement. For example, Mesa County and Pueblo County lawyers got lots of support.”

No data was available on how many public defenders, prosecutors, and private attorneys have been successful in getting vaccinated.

“It would not be appropriate for us to ask employees and there are numerous venues for the vaccination,” said Howard Black, a spokesman for 4th Judicial District Attorney Michael Allen. “Receiving the vaccine is a personal decision.”

Black said that the prosecutor’s positive test result last week led only one other DA employee to quarantine. Anaya said the sickened prosecutor sat next to a second prosecutor at the same table, and that a DA paralegal was “in and out” during the trial.

Anaya, a private practitioner, said he hasn’t been vaccinated. Private attorneys were not among the judicial and executive branch attorneys who became eligible to receive the vaccine on Feb. 8, a group that generally comprises prosecutors and public defenders. However, private attorneys who represent indigent defendants through the state Office of the Alternate Defense Counsel were put on the eligibility list in mid-February after lobbying by the ADC, Anaya said. The ADC appoints attorneys to defendants who cannot be represented by public defenders because of various conflicts.

Amid the anxiety about the health consequences of resuming court business, many involved in the court system are likewise apprehensive about what happens when the coronavirus threat subsides.

“I think everybody is freaked out about the avalanche of trials that are going to land when all this is over,” said retired Denver attorney Phil Cherner.

Said Colorado Supreme Court Chief Justice Brian Boatright: “We are eager to get everyone vaccinated so we can begin to work through the huge backlog of cases awaiting trial.”