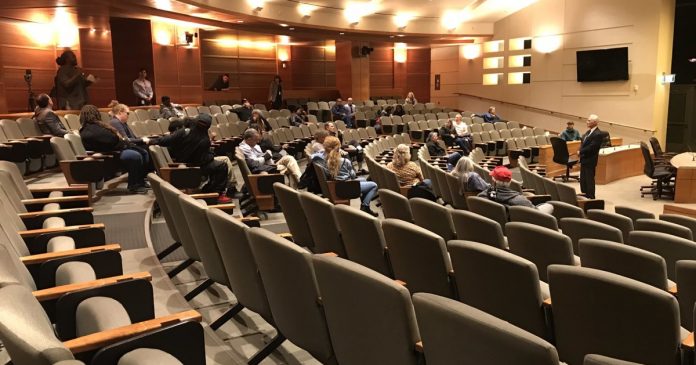 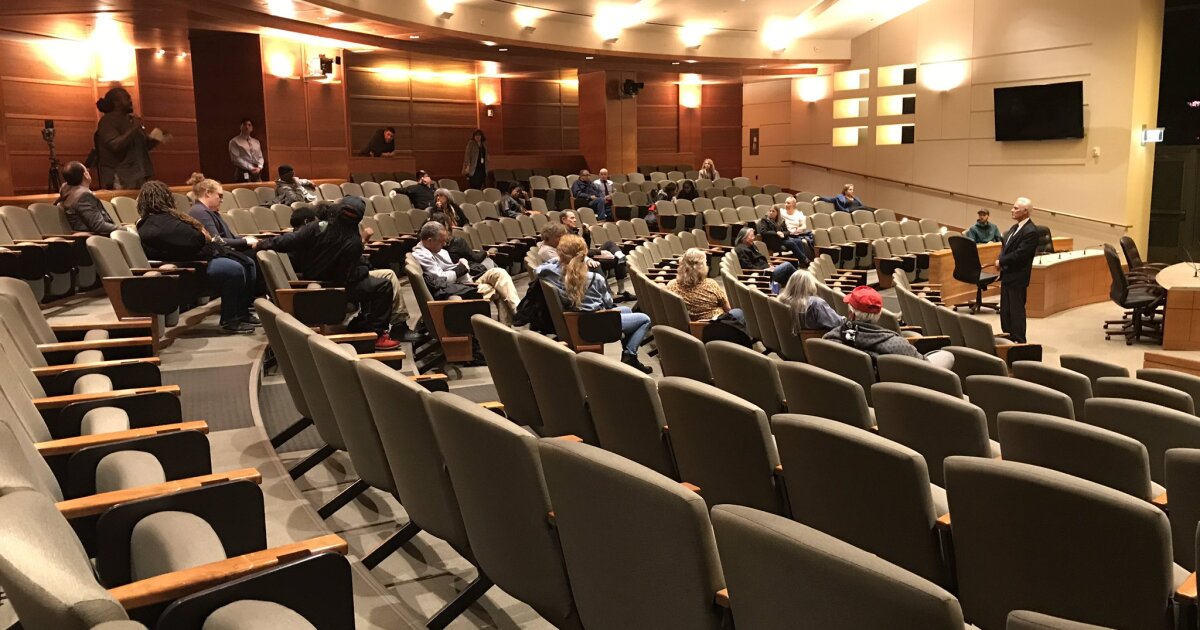 AURORA, Colo. — Aurora residents turned out to voice their concerns and to give input on the traits they are looking for in the next Aurora Police Chief.

An executive recruiter hired by the city to identify candidates for the position held a town hall meeting on Tuesday at the Aurora Municipal Center.

On Jan. 1, Vanessa Wilson was appointed as the interim police chief for the Aurora Police Department and plans to apply for the police chief position. Wilson has filled a variety of roles within the
department during a 24-year span.

Many community members said at the town all that they did not feel safe, lost trust in the police department, and wanted more transparency.

Carolanne Mayne has lived in Aurora since 1967. She lives in a community for people 55 and older.

“It appears to me as if the crime has increased in our area, and I think there is a lot of concern in the community,” Mayne said.

She said she wants a leader that can make her feel safe.

Michael Berumen said he supports the police department but feels like they are no longer part of the community.

“We often see that our police force is no longer to protect and serve, it seems to be more of a military organization, with an us and them mentality,” Berumen said.

Kathy Dickson, who was also present at the town hall, has called Aurora home for the last 40 years.

“I’m appalled at how often now I hear about shootings,” Dickson said. She wants the new police chief to be more transparent and be more integrated with the community.

The Aurora Police Department came under recent scrutiny when Officer Nathan F. Meier was found passed out drunk behind the wheel back in March of last year, didn’t face criminal charges, and kept his job.

Mayne, Berumen, and Dickson were all upset about how the department handled the situation. Mayne said Meier should have lost his job.

Another recent mishap involving the department happened on Jan. 9, when a judge sentenced Annette Brook after pleading guilty for having a weapon and being drunk.

She said she understands that the community has lost trust in the department and said she’s working to fix it.

“This is a very good police department,” she said. “We have had incidents that are shocking, incidents that have angered the community, but that is a few handful of people, and we have 1,000 employees. We have honorable men and women.”

Wilson said the city is looking into the Meier case. She called it “shocking” and “disturbing.”

“I will say that Nate Meier cannot help how that case was handled,” Wilson said.

Wilson also described the community backlash as “hell” for officers.

“They’ve had people calling them drunks on the street, yelling at them, cursing at them. I understand the community’s anger, but I’m saying that those officers that you are yelling at aren’t the officers involved, and it takes a toll on them and their families.”

Wilson said if she’s working on rebuilding trust, getting a hold on teen crimes, and providing adequate help for officers. Since she took on the role of the interim police chief, she has selected a sergeant to launch a domestic violence unit in 2021. By the end of the month, she will implement a new mounting system for cameras, so they don’t fall off. Wilson pointed to the Elijah McClain case when an officer’s camera ended up on the ground during critical moments.

Wilson admits she does not have all the solutions but said she knows what does and does not work and adds that with the community’s help, they can tackle issues in the community and come up with solutions.

A nationwide search is underway for the next Aurora Police Department Police Chief.