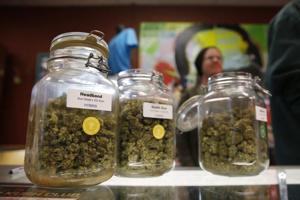 The Colorado Department of Revenue on Monday announced that the average market rates for marijuana have increased in six of seven categories, with the price of buds rising by nearly one-third since October.

The Taxation Division and the Marijuana Enforcement Division calculated the average price for purposes of levying the state’s excise tax. The figures are quarterly, and a new calculation will take place for the quarter beginning April 1.

A tax of 15% is applied to the average market rate of retail marijuana.

Since the last calculation, marijuana seeds stayed constant at $5 each. Buds, trims, immature plans, whole plants, and buds and trims allocated for extraction all increased. The state noted that this is the fifth consecutive quarter in which bud rates have risen.

Each category represents unprocessed retail marijuana transferred from cultivation facilities to stores. While the current price per pound for buds, $1,316, is the highest average calculated since Jan. 2017, the highest recorded average was $2,007 per pound, in effect on Jan. 1, 2015.

Retail stores that sell items other than marijuana, such as T-shirts, only charge the retail sales tax on those purchases.