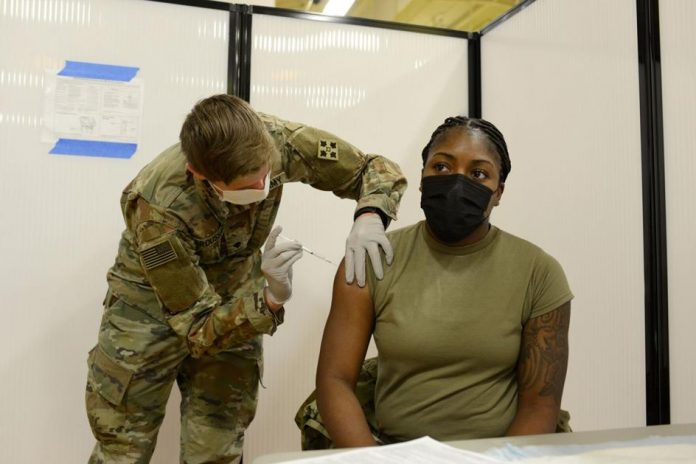 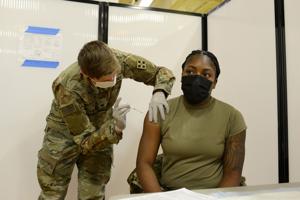 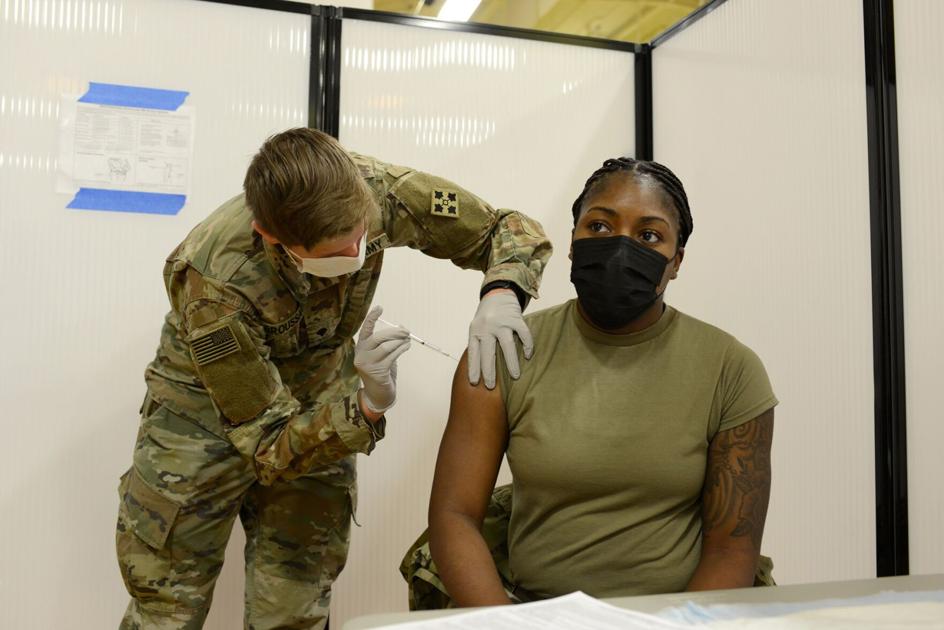 Military leaders across Colorado are still rushing to vaccinate troops, but it remains unclear how many are opting out of vaccines and how that could impact operations at home and overseas.

For months, inoculations for troops, retirees, civilian workers and family members have been a top priority for bases from Aurora to Colorado Springs.

Figures on those vaccinations, though, are difficult to decipher because each base provided different information on how they are tracking vaccinations. But the goal of all the bases is clear.

“We want to vaccinate the entire community,” said Col. Kevin Bass, Evans Army Community Hospital commander and director of the Colorado Military Health System. “For us, it is about operational capability. This is a tool in our toolkit to make sure that our soldiers remain ready and that their families are protected as well.”

Still, it is difficult to tell what those numbers mean because any military member can be vaccinated at any Colorado military facility and could also choose to get their shot from civilian providers.

The numbers are just as unclear at Buckley Air Force Base in Aurora, where more than 2,100 doses have been administered across a population that includes more than 3,100 active-duty troops along with 4,000 members of the National Guard and reserve components of the various military branches.

Vaccination is voluntary for troops.

“There has been an encouraging response here on Buckley,” said Capt. Kenneth Hicks, a Buckley spokesman. “Our service members are digesting the facts, talking about it, asking questions and making informed decisions.”

No area base has seen a bigger impact from the coronavirus than the Air Force Academy, which sent around 3,000 freshmen, sophomores and juniors home last March as the pandemic took hold. Seniors stayed on base, graduating early for the first time since World War II.

For the 4,000 cadets, retirees, staff, faculty and family members, the academy had administered more than 7,800 doses as of March 23.

“Academy leadership remains focused on commissioning the Class of 2021 and maintaining academic and training progress for the lower classes, while keeping the health and safety of the cadet wing, USAFA staff and faculty, and the academy community the number one priority,” said academy spokesman Lt. Col. Mike Andrews.

Some of the cadets who graduated early were bound for the newly formed Space Force as guardians under Space Command, currently located at Peterson Air Force Base.

More than 4,200 doses have been administered at Peterson and Schriever Air Force Bases, Cheyenne Mountain Air Force Station and Thule Air Base in Greenland as of last week according to spokeswoman Meaghan Dorroh.

“Our medical group personnel efficiently process people as they arrive to receive their scheduled vaccinations,” Dorroh said. “We are continually expending our vaccine stock and being resupplied, and are distributing the vaccines as quickly as we receive them.”

Across the Department of Defense, 1.8 million doses have been administered at 343 sites worldwide with about 600,000 service members or nearly 30 percent of the force, according to Lt. Gen. Ronald J. Place, director of the Defense Health Agency, who shared an update during a Pentagon briefing on March 26.

In Colorado Springs, not counting its five military instillations, more than 250,000 residents had been vaccinated by March 31.

According to the Colorado Department of Public Health and Environment, roughly 1.7 million residents – about 30% of the Colorado population – have received at least one dose and more than 1 million are fully vaccinated.

Overall, state officials want to see 70% of the population vaccinated, creating “herd immunity,” which stops the spread of the virus because it cannot find an adequate number of hosts.

The military has similar goals.

“We’ve seen a lot (of soldiers) that were really anxious to get the vaccine and then we’ve seen quite a few that were what we call the wait-and-seers, that said, ‘I’m not ready to get it now. I want to wait and see.’ A lot of those folks have circled back around and got the vaccine,” said Bass, Fort Carson’s hospital commander. “At the rate we are going now and the amount we are getting in, we hope to open it to everyone by summer and hopefully sooner than that.”