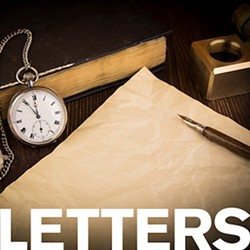 Bernie Sanders has no realistic chance of being elected president. If you actually want to see Medicare for All implemented, vote for Elizabeth Warren. Senator Warren can win, whereas Bernie Sanders is a sure loser.
Until these myopic, naive Bernie Bros. can provide a satisfactory explanation as to how Sanders would be able to successfully handle the following four issues which would certainly be highlighted by the GOP in a general election, their irrational insistence that Democrats vote for non-Democrat Bernie Sanders should fall on deaf ears.

1. Bernie Sanders is on the record repeatedly having unreservedly and uncritically lauded lavish public praise on anti-American communist dictators like Daniel Ortega and Fidel Castro. (Have you ever watched Bernie’s infamous videotaped interviews on these subjects from August 8, 1985 and from June 13, 1988? You should.) In fact, Bernie Sanders is the only prominent American politician to express more love and respect for totalitarian communist tyrants than Donald Trump does!
2. Then of course there was Bernie Sanders’ still inadequately explained 1988 marital honeymoon in the Soviet Union, where upon returning to Vermont the Marxist socialist Sanders predictably and pathetically voiced his unabashed praise for the Soviet system. One would think that a reasonably intelligent man who is at least nominally Jewish would know better than to openly and unapologetically congratulate an anti-Semitic totalitarian regime for making their trains run on time! But no, Bernie is not nearly as intelligent as advertised. And furthermore, could you ever possibly imagine saying to your fiancé, “We’ll be spending our honeymoon in North Korea with the Dear Leader.” I didn’t think so.
3. Less well known is the fact that in 1963 Bernie Sanders lived and worked for several months on a Stalinist commune near Haifa in Northern Israel that explicitly saw the Soviet Union as its political role model. Sanders’ communal Israeli kibbutz actually flew the red Soviet flag over its compound, the very same red Soviet flag prominently displayed in Bernie Sanders’ office when he was mayor of Burlington, Vermont during the 1980s.
4. And then there’s that bizarre, incredibly disturbing “rape fantasy” article that Sanders wrote which was published in 1972 when Sanders was a 30-year-old far-Left Marxist gubernatorial candidate in Vermont. Where does one even begin in attempting to explain just how awfully atrocious Bernie Sanders views were on the subject of rape? Well, how about this quote from Sanders’ asinine article: “A man goes home and masturbates his typical fantasy. A woman on her knees, a woman tied up, a woman abused. A woman enjoys intercourse with her man – as she fantasizes being raped by three men simultaneously…”
Why would you vote for someone like that to be President of the United States? We already have someone like that as President! We certainly do not need to replace one foolish, misogynistic, geriatric Russophile with another. There are more qualified, much less crazy Democratic candidates to choose from.
Get a clue, Bernie Bros. Senator Sanders is a sure loser in a general election, which is why (in addition to the 78-year-old’s recent heart attack) Bernie Sanders should drop out of the presidential race immediately.
Losing in 2020 is not an option. Democrats must nominate a candidate who can actually win.