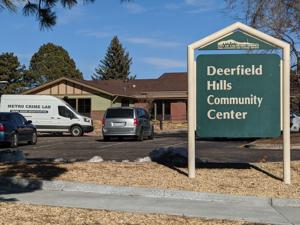 The death of a man who was found at the Deerfield Hills Community Center Saturday morning is being investigated by Colorado Springs police as a suspicious, authorities said.

Police responded to the center, at 4290 Deerfield Hills Road, about 9:30 a.m. The man was found “in a public area on a field” by a citizen, said police spokesman Jim Sokolik. The man’s identity has not been released.

A man’s body was found at the Deerfield Hills Community Center this morning. So far, police said it’s being investigated as a suspicious death. @csgazette pic.twitter.com/Rab6OXSHii

This is a breaking news story and will be updated as more information becomes available.