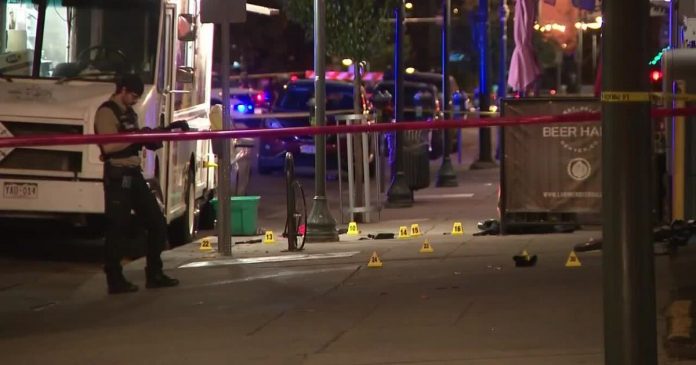 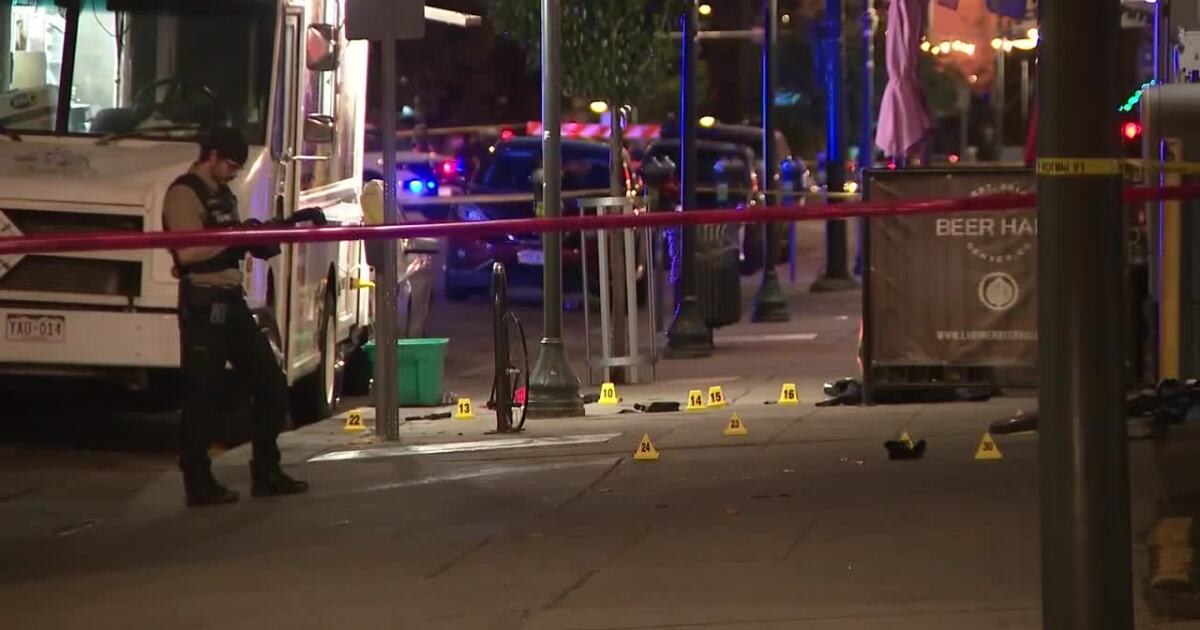 Denver7 asked Stacey Hervey — a former patrol officer, mayoral appointee to the City of Denver Crime Prevention and Control Commission, and associate professor of Criminal Justice at Metropolitan State University of Denver — to react to the released body camera footage and explain how officers are trained to process and react to these situations.

“I think the tough thing, when someone reaches for a gun and you spot the gun, is just how short a time period that can occur in,” Hervey said. “The perpetrator has to act, the officer focuses in on the gun, and the brain tells the officer to react. I think what people don’t realize is it then takes the brain a second or two to tell the officer to stop that action… I think that’s where it can get really tricky when these things are, “He threw the gun,” because we can watch this video three or four times, versus the officer seeing it in real time.”

Hervey said it takes the human brain between one and four seconds to process and recalibrate in intense situations. She said this explains why officers continued firing, even after 21-year-old Jordan Waddy had dropped his gun and had fallen to the ground.

“The protocol is to stop the threat, or what you perceive to be the threat,” she said. “What some people don’t realize is your brain can’t stop on a dime.”

Growing violence in downtown Denver and high profile mass shootings have put pressure on officers to react quickly when they perceive the potential for gun violence among crowds of people, Hervey said, which can, at times, create “a little bit of tunnel vision.” She hopes the city will work to decrease violence in LoDo, and also stagger bar closing times to prevent large groups of people from congregating on the street late at night.

In the meantime, there are important questions she wants answered by police.

“What the officers’ perceptions were. I would want to know what was going through their mind when they took those shots, and what the saw,” Hervey said. “Also, if it was bullets or ricochets that hit bystanders. I think that’s going to be a really important question, too.”

During the July 20 press conference, Denver police defended their actions, sharing a single photo of Waddy holding a gun.

“The subject pulled out a handgun and held it in a manner that the muzzle of the handgun was pointed in the direction of the two officers,” Denver Police Department Commander Matt Clark said at the time. “He was pointing that firearm at the officers.”

Video released Tuesday shows Waddy tossing the weapon and putting his hands up before before being shot.

“The muzzle of the handgun was pointed in the direction of the two officers,” Clark said during the previous press conference.

Body camera video appears to show Waddy grabbing the gun by the muzzle — not the handle — as he threw the weapon, something that was immediately apparent to Julia Richman, chair of the Denver Citizen Oversight Board, which is tasked with looking at police accountability.

“Looking at the video, not only is it clear that he was trying to throw the gun, but the gun is upside down at some point,” Richman told Denver7 Tuesday.

During the July press briefing, Denver PD defended the choice to shoot near a crowd.

“The officers were pretty clear that they had a clear shot, and that the backdrop was the brick pillar or the interior of the Beer Hall, which had been cleared out because the bar closed,” Clark said at the time.

But video inside the bar shows the Larimer Beer Hall had not been completely cleared out. There was also a crowd of people standing in front of the bar when shots rang out.

“Officers are trained to use their weapons when there’s a hard backstop. And so, you know, you shouldn’t be firing into glass or, you know, something that’s soft. A crowd of people would be considered soft in this case,” Richman said.

The shooting took place in a matter of seconds — there was only 1/6th of a second between the time Waddy released the gun and the first shot by officers.

When asked why the department only released a still image of Waddy in their initial briefing, Denver police said, “The initial briefing was intended to provide the public with information about the actions of Mr. Waddy and the officers leading up to the officers discharging their weapons.”

Denver District Attorney Beth McCann announced Tuesday that she is opening a grand jury investigation into the shooting.

Following the bodycam video release, Denver PD released the names of the officers involved — Meagan Lieberson, Brandon Ramos and Kenneth Rowland. All three remain on modified duty, according to the department.