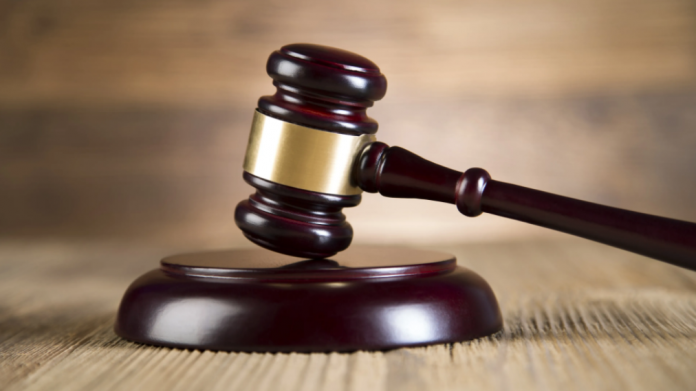 Cash bonds have been set in two cases against a Fort Collins woman who was recently arrested in New Mexico after missing several court appearances.

Susan Holmes last appeared in court in August when she was on trial for alleged perjury and attempting to influence a public servant. The trial ended in a mistrial after Holmes was accused of having contact with a potential juror during the first day of jury selection.

Since then, Senior Deputy District Attorney Robert Axmacher said Holmes has missed four court appearances: two appearances in misdemeanor cases, one in her perjury case and another in her contempt of court case. Warrants were issued for her arrest in all four cases.

Holmes was arrested in Logan, New Mexico, in early November, Axmacher said. When she was contacted by police, Axmacher said Holmes gave law enforcement her maiden name and, when asked, said she had never been to Colorado “in an apparent attempt to avoid detection.” He added Holmes appears to have “abandoned her permanent residence” in Fort Collins.

During Tuesday’s court hearing, Holmes refused to appear on video and “said she is not participating,” a jail deputy told Judge Stephen Jouard via video. A webcam pointed at a Larimer County Jail cell didn’t show Holmes and she did not respond to questions from Jouard.

Jouard said this is the second court appearance since Holmes’ recent arrest on multiple warrants in which she refused to participate.

Holmes already had a $5,000 cash bond set in her perjury case, according to court records. On Tuesday, Axmacher asked Jouard to set a $10,000 cash bond in her contempt of court case. While Axmacher said Holmes’ charges are nonviolent and don’t show she is a threat to public safety, he said her actions show she is a flight risk and that justifies setting a high cash bond.

The attorney was legally obligated to report the allegation to the court, which  “understandably” upset Holmes, according to court documents. The conflict immediately forced a separate hearing held in front of a different judge — Judge Juan Villaseñor — outside the presence of the jury pool and prior to the mistrial being declared.

Villaseñor ruled the incident resulted in “irreconcilable conflict” between Holmes and her attorney and allowed her attorney to withdraw.

During that hearing, Villaseñor wrote in his order, Holmes allegedly continuously interrupted Villaseñor and others despite several warnings to stop, and acted in “a disrespectful and disruptive manner.” For that, Villaseñor found Holmes in contempt.

A mistrial was declared because of Holmes’s alleged contact with a juror, the conflict between Holmes and her attorney, and because Holmes failed to return to the courtroom, Jouard previously said.

Holmes was charged with perjury for allegedly lying on a red flag petition she filed in January 2020 against a Colorado State University police officer who fatally shot her son in 2017. The officer was cleared of any wrongdoing in the shooting, but Holmes filed the petition — in which she claimed to have a child in common with the officer — because she believes the officer is a threat to himself or others, according to the petition.

The red flag law allows law enforcement, a family member or household member to petition to have a person’s firearms removed if they are deemed by a judge to be a threat to themselves or others.

A judge denied Holmes’ petition shortly after it was filed.

Jouard said Holmes is required to appear at her next appearance Dec. 7 in person and jail deputies should “use reasonable means” to get her to the justice center.