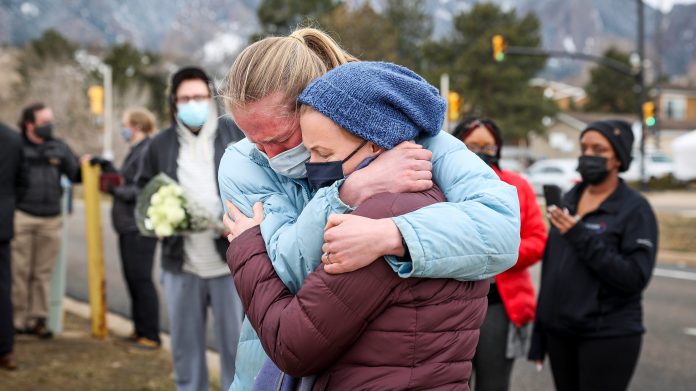 Ten people were killed Monday, including a police officer, when a gunman opened fire at a supermarket in Boulder, Colorado, the second mass shooting in the U.S. in a week.

The police officer who died was identified as Eric Talley, 51, an 11-year veteran on the Boulder force. Talley was responding to the King Soopers grocery market when he was gunned down.

Boulder Police Commander Kerry Yamaguchi said a suspect has been arrested. No motive for the attack was disclosed.

Here are links to the latest coverage from the Coloradoan and USA TODAY Network journalists covering the story from across the nation.

Live updates: What we know so far from Boulder grocery store shooting

‘We have to act’: Biden calls on Congress to move fast on background checks, assault weapon ban

How to help victims’ families, organizations supporting them