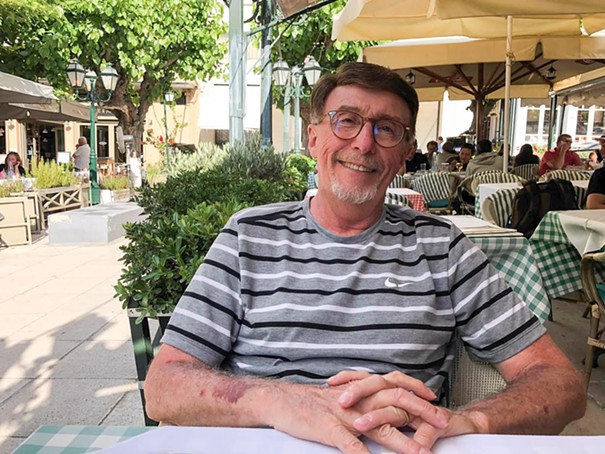 Brad is a somewhat-retired choral conductor. He serves as a judge for Colorado All State Choirs and is a frequent adjudicator and choir clinician. He retired from Colorado Springs School District 11 after 30 years of public school teaching: eight years at Irving Junior High School and 22 years at Mitchell High School as Choral Conductor/Music Chair.

He has served as chairman of the Colorado All State Choirs, received honorable mention as Teacher of the Year, and was the first winner of the Governor’s Award for Excellence. In 2001, Brad was honored with the Distinguished Arts Educator Award.

Brad co-founded the Colorado Springs Children’s Chorale and retired from that organization in 2017, after 26 years as director of their high-school-age Summit Ensemble. Under his direction, the Summit Ensemble performed throughout the community, the state of Colorado, nationally and internationally, including two performances at Carnegie Hall, and in Japan, Scotland, Wales, England, South Africa and Australia.

First record I bought with my own money: The Dave Clark Five’s Glad All Over, 1963. Weekend dance parties at friend’s houses, bringing new and favorite vinyl records to play.

“Wish I could unhear that” song: “Heart and Soul”

Artist more people should know about: Eric Whitacre is well respected and considered a “rock star” of the choral world. It is not often one has the opportunity to observe a living musical genius in action. In 2010, the Summit Ensemble performed the concert version of “Paradise Lost: Shadows and Wings,” directed by the composer, at Carnegie Hall in New York City.

The style of the work includes musical theater, opera, electronic music, cinema and Japanese taiko drumming. That alone was an awesome experience. Then, during rehearsal, Eric cut off the choir and said, “This does not sound right; give me a minute to look this over.” He walked over to the rehearsal piano (did I mention he was wearing fuzzy slippers?), sat down, and started to play, rewriting vocal parts for a short, four-measure phrase.

The 400-plus member choir sat and watched in silent amazement as the composer recreated his own work. The rewrite was totally different, yet melded perfectly with the rest of the movement. It was a moment I will never forget. Eric was humble, genuine and passionate about music, and made it a point to be kind and generous to our group, the only high school performers in the mass choir.