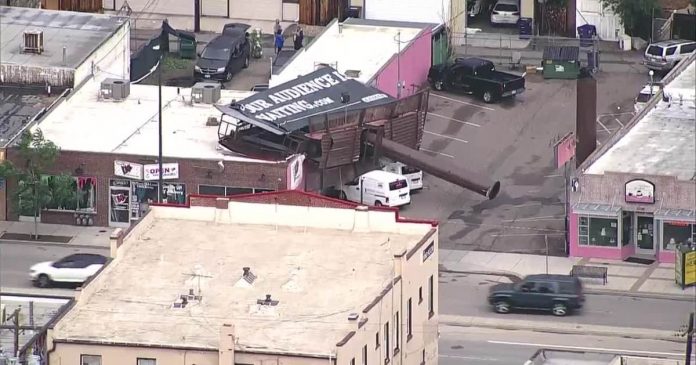 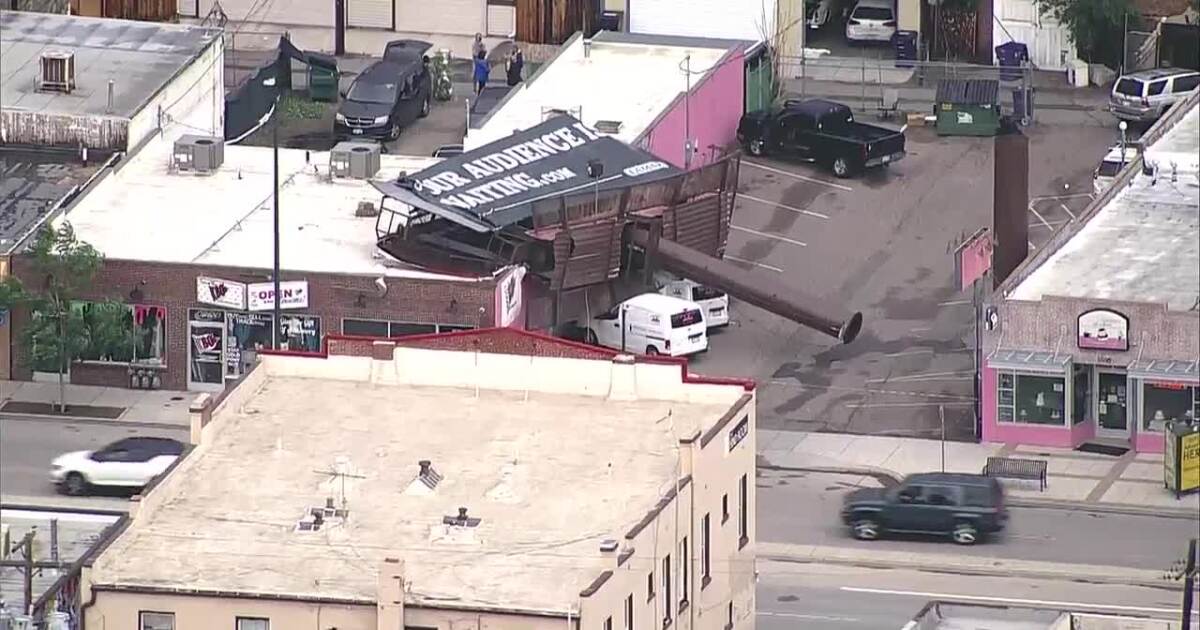 DENVER — A strong line of thunderstorms moved through the Denver metro area around 3:30 p.m. Saturday, bringing strong winds, hail and rain. Winds knocked down trees and limbs around the area and cut power to thousands.

A downed billboard damaged a South Broadway business, and large trees were uprooted during the storm that produced winds upwards of 70 mph. No injuries were reported.

Storm damage was seen from video and photos shared on social media immediately following the powerful storm. Denver police warned that debris may be in the roadway, and various traffic control devices may not working as intended.

The storms moved out of the area just as fast as they hit, moving east over the plains.

Dry and hot weather will return Sunday, and winds will blow strong from the southwest. The heat, wind and drier air will increase fire danger over much of the state.