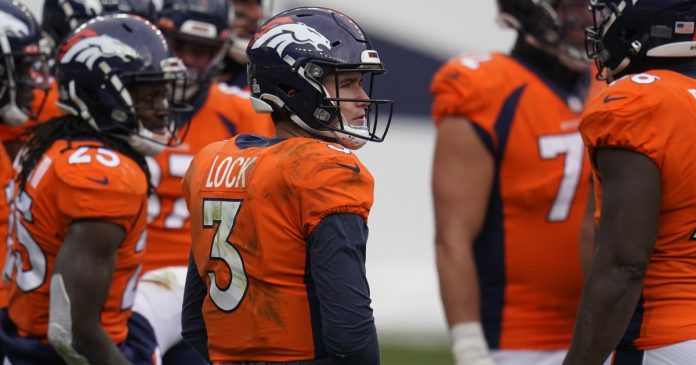 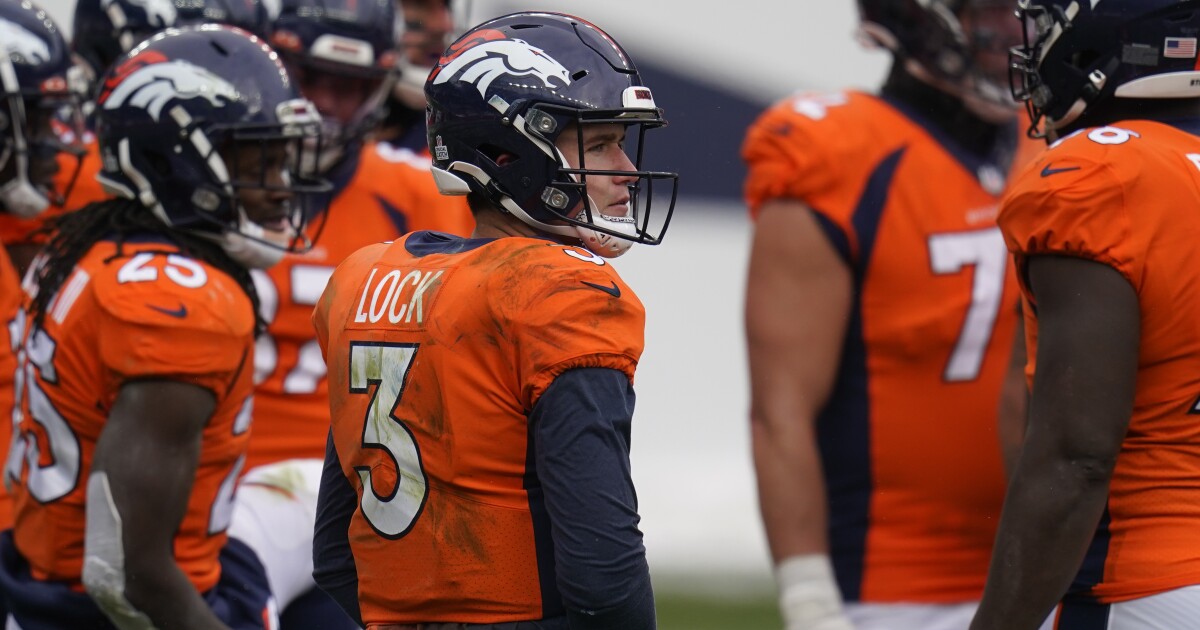 John Elway is the Broncos general manager. He also boasts a resume that makes him one of the greatest quarterbacks ever. His opinion on Drew Lock, the former Missouri star the Broncos committed to this season, matters on multiple levels. So how does Elway think Lock is doing during his roller-coaster second season?

“I think one of the bright things he’s done, he’s very resilient. He’s continued to bounce back. You are going to go through growing pains. We are excited about what we have seen,” Elway told DenverBroncos.com, resuming his weekly appearance after recovering from COVID-19. “The consistency hasn’t been there where we wanted to be. But you look at everything going on (no offseason, no preseason, new offensive coordinator and quarterbacks coach), he has hung in there.”

Wednesday, I asked Lock about Elway’s comments. He appreciated them. But truth is, he wants praise for winning and performing, not competing.

“It means a lot to hear from a guy like that — to hear from technically your boss. But, I want him to be able to answer questions about how good we were in the first half and how good we were all game, instead of those resilient answers, pushing through the tough stuff at the end,” Lock said. “It’s time for us to go out and play four quarters and get this thing rolling.”

Lock and Elway have developed a relationship over the past two seasons, with Elway offering advice. And Lock talked when Elway when he was cleared to return to work.

The Hall of Famer struggled early in his career, but benefited from strong teams that posted winning records. Lock is leading a Broncos team that is attempting to avoid its fourth straight losing season and fifth year without the postseason. It has magnified the pressure on him.

For his part, Lock recognizes the difficulty of playing this position for this team in this league. Lock ranks last in completion percentage (55.6) and has thrown seven touchdowns with 11 interceptions. However, he is coming off one of his best performances. After an ugly first-quarter pick, he showed a skill present last season — the ability not to repeat a mistake. Following an 0-for-6 start, Lock completed 18 of 24 passes for 270 yards and scrambled for a critical first down on the team’s first touchdown drive.

“Our biggest thing was to stay on the field as long as we can,” Lock said. “Obviously, the run game did a tremendous job in doing that but being able to bounce back from adversity was another thing that we did well — but we’ve been doing that well pretty much all year in those end games. I feel like we did it earlier in this game and that had a lot to do with us staying on the field and me taking what they gave us. I feel like that was a big improvement from weeks before.”

For Lock, the advice is not limited to Elway. He continues to use Peyton Manning as a resource. Manning was named a finalist for the Hall of Fame this week — he’s a lock to enter on the first ballot during Super Bowl week.

“Yeah, me and him talk here and there. Definitely text after games,” Lock said. “I had a call with him earlier in the year when I was hurt — again just another pointer call on what to do while you’re hurt, watch the extra film, here’s some drills. Just kind of keeping me on my feet kind of deal.”

Shelby Harris at practice
Shelby Harris attended Wednesday’s practice, but did not practice. He must clear some physical tests before being permitted t practice and ultimately play. Harris told Denver7 last week that he “feels normal” as he recovers from the COVID-19 virus. He has missed the past three games due to close contact with someone with the virus, then his subsequent infection.

Footnotes
Justin Simmons is the top AFC vote-getter at free safety, the only Broncos player to lead at his position in the first round of Pro Bowl voting. Simmons earned second-team All-Pro honors last season, but did not make the Pro Bowl, a notable snub. …

The Broncos activated linebacker Mark Barron and waived running back LeVante Bellamy. Barron has yet to play this season because of leg issues. Former Denver tackle Jake Rodgers was claimed off waivers by the Ravens. …

Defensive coordinator Ed Donatell, out for the past three-plus weeks after testing postive for COVID-19, might return on a part-time basis this week.