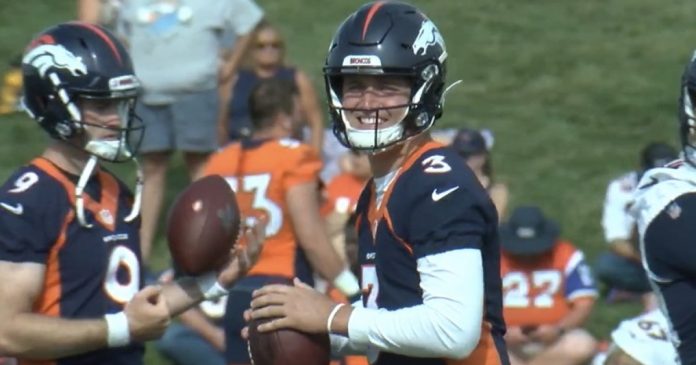 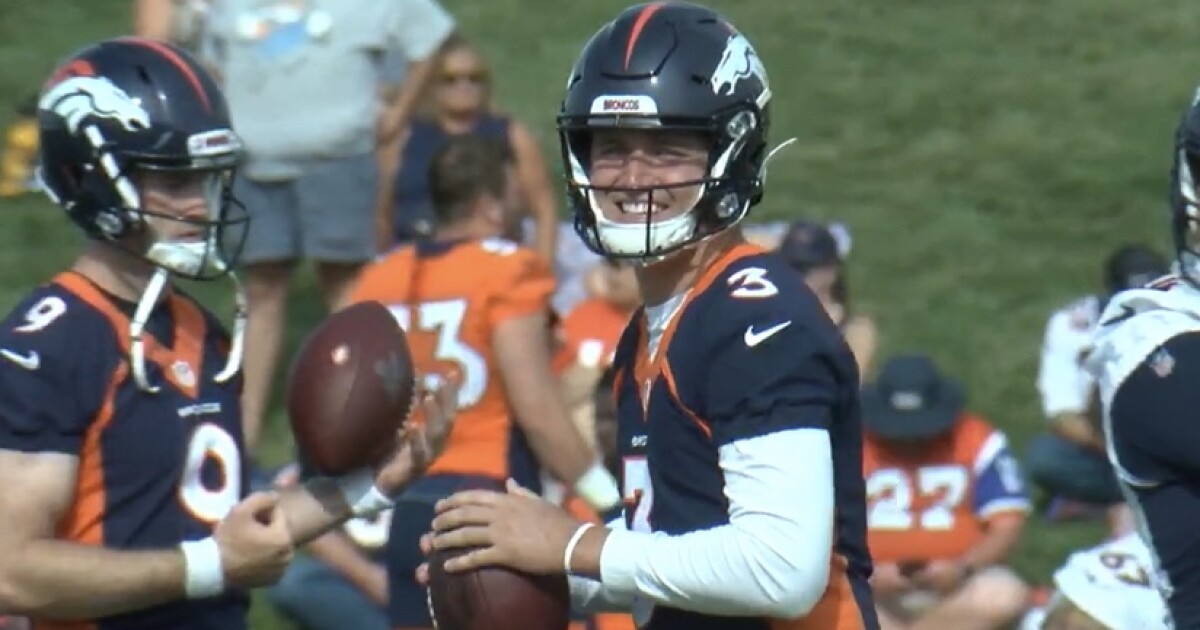 ENGLEWOOD — Drew Lock played college football like he was skydiving. He led the FBS in touchdown passes (95), but took took more risks than Evel Knievel. With an undermanned Missouri team in the SEC, Lock could not afford to play conservatively. It his part of why so many are eager to see him make his NFL debut. It will be a series of cheers and cringes befitting a rookie making his debut against a solid Chargers defense.

But that’s OK. The Broncos are 3-8. It’s time to begin the evaluation process over the next five games. See it through the prism of a December callup. There will be struggles. How Lock handles adversity will help microwave his development next season if he becomes the future, which is entirely possibly if the Broncos draft left tackle Andrew Thomas or receiver Jerry Jeudy in the first round. My Denver7 keys to a Broncos victory:

Lock it in
Lock boasts athleticism and elite arm talent. Teammates have been impressed with his confidence. They promised to rally around him just as they did when Brandon Allen made his debut against Cleveland. Here’s the key for Lock, who was activated on Saturday with Brett Rypien placed on waivers with the hope of re-signing him to the practice squad. Mistakes will happen. Don’t turn one into three. Don’t make a bad play worse. Don’t be afraid to throw the ball away or take a sack, especially if in the red zone. Lock has to be himself, but wear a seatbelt for this ride.

Run for it
Running games are to quarterbacks what double plays are to pitchers: their best friend. The ability to loosen the middle of the field, to force defenders to make tough choices helps give a quarterback a margin for error. Lock will not be afraid to take chances. But it comes with extreme risk with safety Derwin James returning to the lineup. The Chargers rank 20th in rush defense, allowing 112.3 yards per game. If the Broncos rush fewer than 30 times Sunday, then they are not doing it right. Phillip Lindsay has rushed for 100 yards once this season — in the road win over the Chargers. An 18-carry, 110-yard effort would set up Lock for a win.

Rivers runs through it
Philip Rivers could be making his last appearance in Denver as a member of the Chargers. He is everyone’s favorite heel. The sanitized trash talker. Rivers has not broached retirement. He will be a free agent and has not exactly embraced the Chargers move to Los Angeles. Rivers will throw picks. He has 14 — seven in his last two games — second only to Jameis Winston’s 20. The Broncos need to slow the run, tempting Rivers to force throws.

Harris wins matchup
Chris Harris Jr. plastered Keenan Allen earlier this season, holding him to four catches. He was a non-factor, then he bragged after the game. Odd flex after a loss. Harris had a tough game last week against the Bills, allowing a long score to John Brown. The Vikings’ Stefon Diggs scored as well, but that was Kareem Jackson’s assignment in the middle of the field. Regardless, Harris is geared up for this matchup. A pick could be the difference.

Austin Powers
Austin Ekeler received 16 targets and made 15 receptions for 86 yards in the first game against the Broncos. The former Eaton High and Western State star is a difficult matchup for linebackers. Alexander Johnson needs to tackle well in space while dealing with a shoulder injury.

Miller Time
Von Miller sits at six sacks. He has 3.5 sacks and five quarterback hits over this last four games. And Miller delivers some of his best moments against Rivers. That said, his right knee is compromised. He sat out snaps late in last Sunday’s game and missed two practices this week. Miller would love to post double-digit sacks after a slow start this season. However, his health must be closely monitored over the next few weeks.

Avoid history
Players don’t think about this. But there’s an ugly number lurking. The Broncos have never lost 13 games in a season. As in ever. Win Sunday and that stain is removed from coach Vic Fangio’s first season.