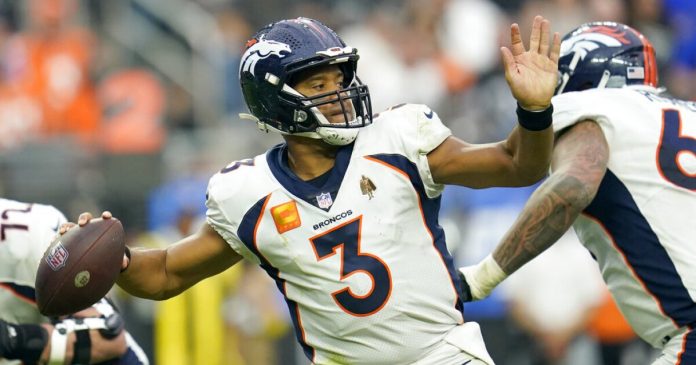 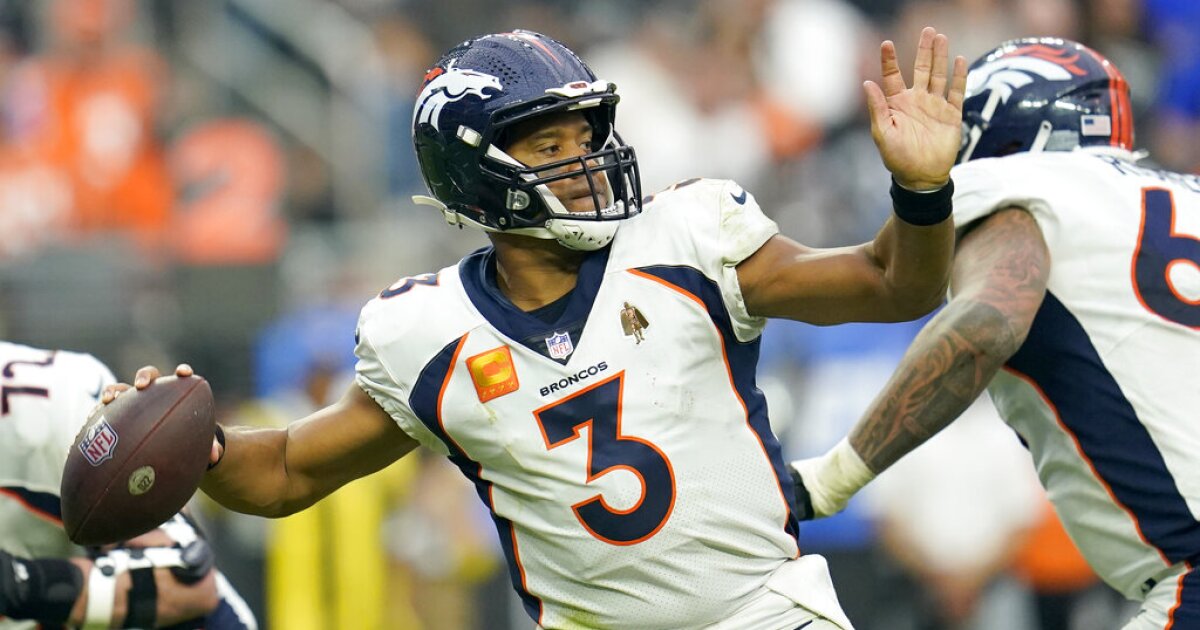 ENGLEWOOD, Colo. — The calendar pleads for patience. It is October, Halloween exists as a rumor.

But when it does it become late early for the Broncos?

They are 2-2 with an underwhelming offense and a wounded defense. They rank first in a single regrettable category: penalties with 37, three ahead of the Saints.

Being adequate brings softer judgment because no AFC team remains undefeated. But average wasn’t the idea with a new owner, new coach and a new quarterback. Russell Wilson, however, remains impervious to panic.

“There’s a lot of teams 2-2. There’s a handful of teams 3-1. We’re within striking distance,” Wilson said when I asked about the sluggish September. “We got ’em right where we want them.”

That starts on Thursday night on Denver7 against the Colts. This feels dangerously like a must-win game when widening the lens. The Broncos’ final nine games include two against the Chiefs, one vs. the Chargers and the Titans, Ravens and Rams on the road. Mulligans don’t come with elasticity. You can’t keep losing to teams like the Seahawks and Raiders, not viewed as contenders, if you want to reach the playoffs for the first time since 2015.

The offense must improve. Denver ranks 29th in points (16.5) and last in red zone touchdown percentage (30 percent). Wilson takes care of the ball — his one interception is lowest in the league — but will need more big plays moving forward without running back Javonte Williams and receiver Tim Patrick, both starters lost for the season with torn ACLs.

Wilson, who said he will have no limitations with his sore right shoulder, has four passing touchdowns, leaving him on pace for 17. His career low is 20 in 2014. He has averaged 32 the past few years, so history suggests he will start simmering. But this offense, this team needs to shift into fourth gear. And soon.

“There’s been some really explosive plays, some really big runs. It’s just been the consistency,” said coach Nathaniel Hackett, who is 2-0 at home in his first season. “We have had a good third down week, then a bad third down week. We’ve had a good red zone week, and a bad red zone week. It’s about putting it all together. Looking at our entire team, we have not played our best football in all three phases. There’s so much to improve on. The best football is still ahead.”

Historically, weeks 5 through 8 have been the most challenging of Wilson’s career. He is 21-15-1 with 65 touchdowns and 26 interceptions. While Wilson is capable of putting on a cape, the Broncos are best when balanced.

That is a dicey proposition this week. The Colts boast the sixth best rushing defense (89.5 yards per game), and Melvin Gordon has fumbled in five straight games. The Broncos brought in veteran Latavius Murray as insurance as a backup along with Mike Boone. Murray played in London on Sunday, making it uncertain whether he will be active Thursday.

“Anything is possible,” said Murray, who rushed for 57 yards and a touchdown last Sunday.

Simply put, Gordon has to protect ball. He will likely have a short lease. Teammates expressed support.

“I love Melvin, you know that,” left tackle Garett Bolles said. “You are going to see the best of him.”

Footnotes
With Randy Gregory (knee surgery) on the injured reserve, knocking him out for four weeks, Baron Browning moves into a starting role. Rookie Nik Bonitto will get more snaps along with Aaron Patrick.

Tight end Greg Dulcich and cornerback Michael Ojemudia are eligible to play this week, but did not practice Tuesday so they are not expected to be activated.

Colts QB Matt Ryan has fumbled a league-high eight times. They will look to lean on their run game. But Jonathan Taylor is dealing with an ankle injury and might not be able to go.

Former Broncos standout cornerback Chris Harris Jr. signed with the Saints practice squad and will likely be active next week.