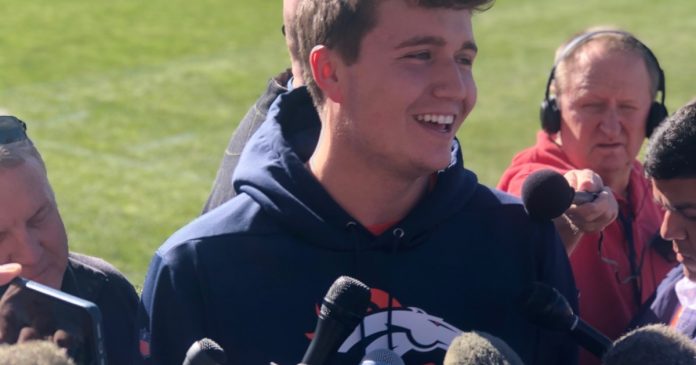 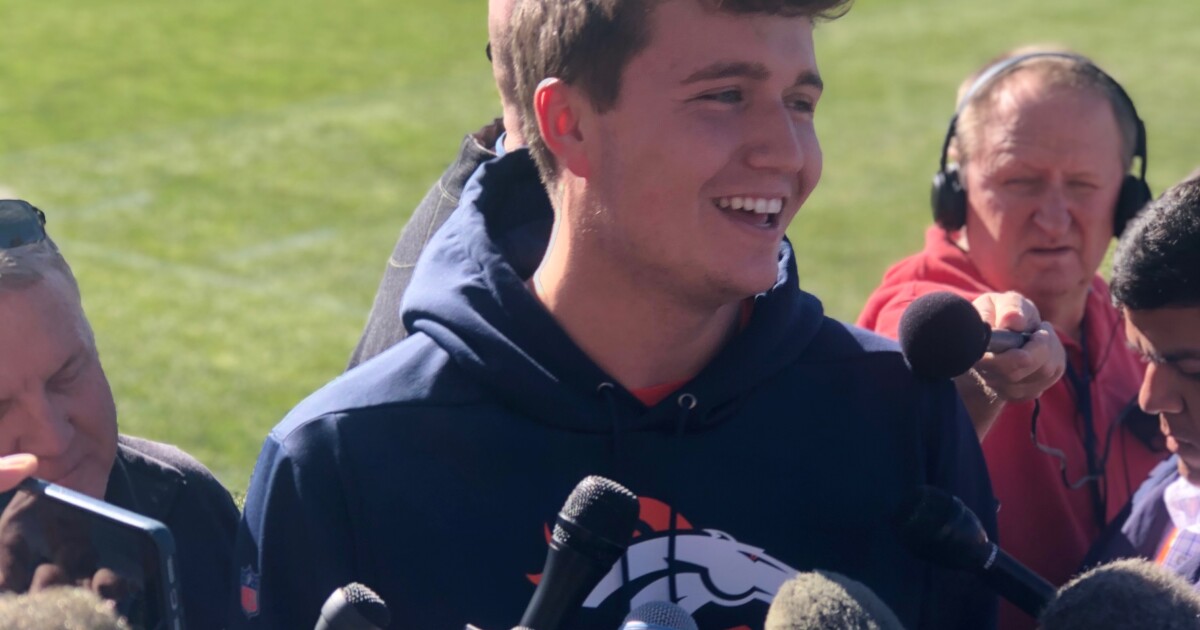 “As far as this week goes, all options are on the table,” Fangio said of Sunday’s home game. “We could activate him. We will make that decision in the next few days.”

Ever since veteran Joe Flacco landed on injured reserve with a season-ending neck injury three weeks ago, eyes fixated on Lock. The fans’ whispers became roars Sunday as the shine dulled on Brandon Allen. After winning his debut, Allen has struggled over his last six quarters. He has completed 20 of 47 passes for 218 yards over this stretch as the Broncos have scored six points. He bottomed out against the Bills as the Broncos posted 134 yards. Allen went 3-of-14 for four yards in the second half. The Broncos finished the game with five consecutive three-and-out drives.

I asked Fangio one of the 16 questions about Lock on Monday, specifically what he would need to see from the former Missouri star to advance from off the roster to tops on the depth chart.

“He just needs some more practice and practice this time of year is limited. It’s like 40 plays a day. We just need to make sure he’s OK physically, which he is, and that he’s prepared to go out there mentally and emotionally to go out there and play,” Fangio said.

Lock told Denver7 last week his comfort level has increased. After two practices, he felt like he was adjusting back to the speed of the game after missing two-plus months because of a sprained right thumb. Lock would be starting after nine practices if the Broncos go with the kid. It’s not ideal, especially given the leaky offensive line, but offensive coordinator Rich Scangarello could help him by tweaking the attack to his strengths. That could include more shotgun or pistol formations or short drops. The Broncos will need to run the ball to create balance to give Lock a chance.

“You always have to do that anytime you’re going with a new player, particularly a quarterback,” Fangio said to my question about adjusting the offense. “You know, call and play what you feel the guy is comfortable executing.”

With Lock, the transition has been challenging. He played in a college system where they almost never huddled and ran spread formations. He was rarely under center and the verbiage is totally different. However, he spent the last three months using virtual reality to watch practices, and has worked hard to accelerate his learning curve. He might not be ready. But if he can protect himself against the Chargers, who boast dominant rushers Joey Bosa and Melvin Ingram, it’s worth starting the evaluation process before entering the offseason draft meetings.

“Every rep is one you put in the bank, and it always helps. So, there’s limited opportunities in practice,” Fangio said. “All defenses seem to have some good players. It’s something you talk about (regarding playing him), but ultimately it’s not as big (a deal).”

Von on injury list
In the fourth quarter Sunday, Von Miller favored his right knee. Trainers inspected it on the bench, and Miller did not return, a coat placed over his shoulder pads. He underwent an MRI on the knee on Monday, and Fangio hopes Miller will be fine. Miller missed practice two weeks ago with a right knee issue that has surfaced on-and-off over the last few years. The Broncos are thin at outside linebacker following the season-ending knee injury to Bradley Chubb against the Titans.

Return of James affects Bolles
Fangio did not rule out trying options at left tackle with Garett Bolles continuing to struggle. For that to happen, he admitted the Broncos need Ja’Wuan James to return from his MCL knee issue. James has played 32 snaps this season because of the injury, which happened in the season opener and surfaced against the Colts a month ago. He has been cleared physically, but must clear another hurdle in his mind.

“He’s just got to have confidence that he can go out there and play with his knee coming off an injury. I don’t think he had that the last time he tried to play when he came back,” Fangio said.

Footnotes
Three Broncos suffered ankle injuries against the Bills: Courtland Sutton, Josey Jewell and Shelby Harris. All three are expected to play this Sunday. … The Broncos own the fifth draft pick. … The Broncos are 3-8 or worse for the first time since 2010. No Broncos team has ever lost 13 games. … With Duke Dawson in the concussion protocol, the Broncos might need to add a cornerback for depth this week.