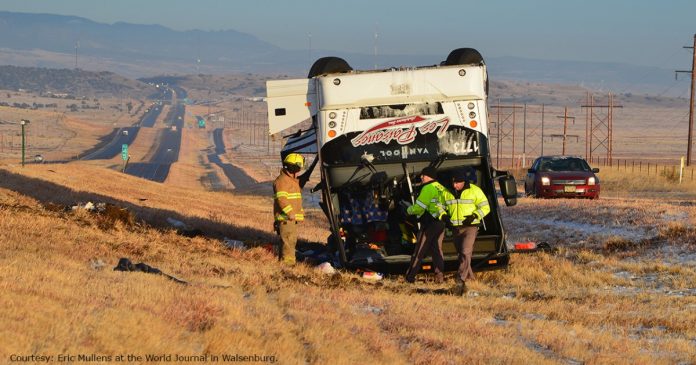 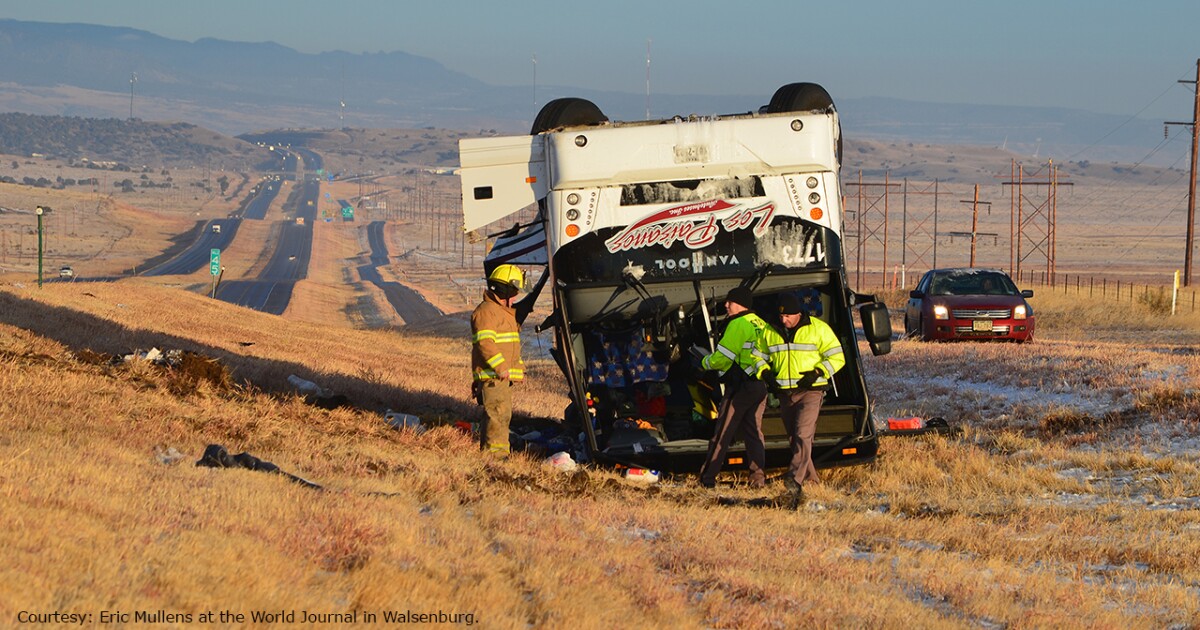 The Colorado Department of Transportation says a bus carrying 50 people crashed into a median south of Walsenburg on I-25.

The crash happened 4 miles south of Walsenburg early Thursday morning. Colorado State Patrol said the bus was headed north on I-25 when it rolled over into the median.

CSP said crews are working to get people out of the bus. They said passengers with moderate injuries were taken to hospitals in Walsenburg and in Pueblo.

There are no reported fatalities.

State patrol said there are lanes blocked on northbound I-25.

There are reported injuries, according to CDOT.