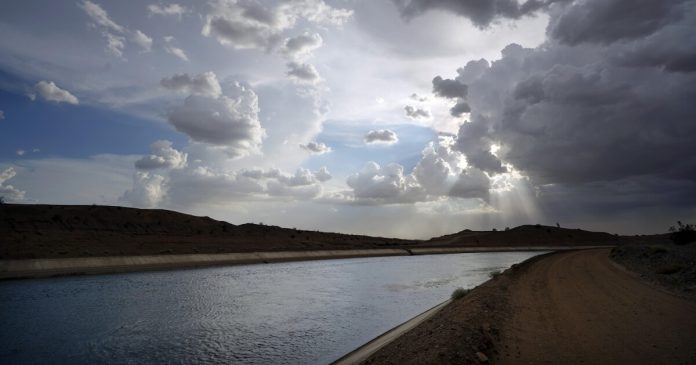 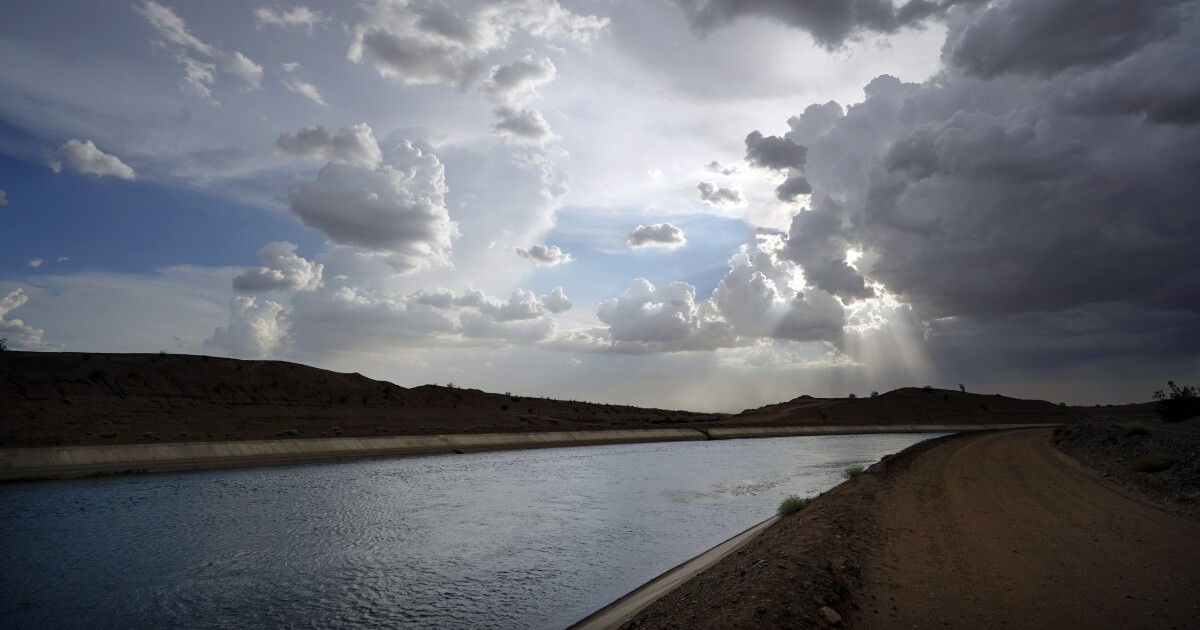 SACRAMENTO, Calif. (AP) — California water agencies that rely on the parched Colorado River said Wednesday they can reduce their use by one-tenth starting in 2023 in response to calls for cuts from the federal government.

The agencies, which supply water to farmers and millions of people in Southern California, laid out their proposal in a letter to the U.S. Department of the Interior. It comes as drought continues to diminish the river, and months after the U.S. Bureau of Reclamation first called on users to voluntarily limit their reliance on it.

California shares the river’s water with six other states, tribes and Mexico. It has rights to the single largest share and is the last to lose water in times of shortage.

The proposal to cut 400,000 acre feet annually marks the first time California water agencies are publicly and formally indicating what they’re willing to give up since federal officials demanded major cuts this summer. California has been under pressure from other states to figure out how to use less as river reservoirs drop so low they risk losing the ability to generate hydropower and deliver water.

An acre-foot of water is enough to supply about two households for a year. California is entitled to 4.4 million acre feet of Colorado River water each year.

The proposed cuts are contingent on the water agencies getting money from the $4 billion in drought relief included in the Inflation Reduction Act, as well as a commitment by the federal government to help clean up the Salton Sea, a drying lake fed by diminishing runoff from Imperial Valley farms.

The letter was scant on details. The agencies said they have “a collection of proposed water conservation and water use reduction opportunities” that would help keep more water in Lake Mead, one of the river’s key reservoirs. It did not list any specific projects, or specify the rate of payment the agencies are expecting.

None of the agencies immediately responded to emails seeking comment, including additional details about what each had committed to save.

The Interior Department did not have a comment on the letter, spokesman Tyler Cherry said. But the department has previously said the $4 billion could be used for short-term conservation measures, like paying farmers to leave their fields unplanted, and long-term efficiency projects such as lining canals to prevent water loss.

All eyes have been on California to offer cuts. Both Arizona and Nevada were told in August they’d get less water under earlier drought agreements.

Tom Buschatzke, director of the Arizona Department of Water Resources, declined to comment specifically on California’s letter. But he said earlier Wednesday that Arizona cannot be expected to contribute more than California, considering it stands to lose more under mandatory cuts because of the existing priority structure.

“We want more equitable guidelines, it’s not gallon per gallon,” he said.

In California, the Imperial Irrigation District receives a larger share of the river than any other entity. It’s the only source of water for crops in California’s southeastern desert, where many of the nation’s winter vegetables, like broccoli, as well as feed crops like alfalfa are grown.

The Salton Sea formed in 1905, when the Colorado River overflowed, and was once considered a destination. But the lake has been drying up in recent decades, exposing residents to harmful dust and hurting ecosystems.

In 2019, when the Lower Basin states negotiated a drought plan, the irrigation district refused to sign on because it didn’t come with money for the sea.

California’s letter said any conservation efforts would require a commitment by the federal government to help stabilize the sea.