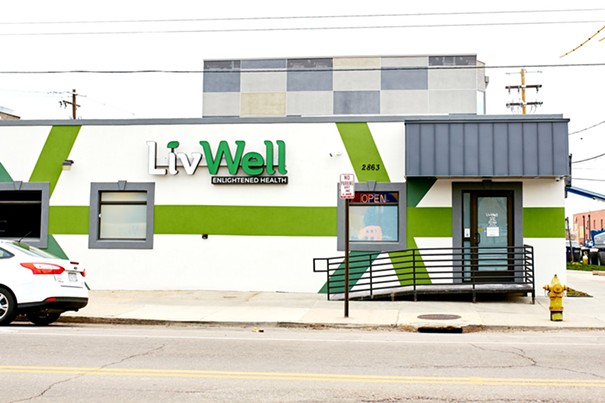 In April, Colorado’s third-largest cannabis dispensary chain, LivWell Enlightened Health, acquired Sweet Grass Kitchen, a pioneer brand in Colorado cannabis cuisine, reports Westword. This month, LivWell announced an agreement to purchase Mindful, another Colorado-based dispensary chain. Mindful operates five locations — in Colorado Springs, Aurora, Berthoud and Denver — all of which will transition to the LivWell brand over the next few months. This brings the number of Colorado dispensaries under LivWell ownership up to 22. Though the financial terms of the deal have not been disclosed, Michael Lord, LivWell’s senior vice president of business development, told Westword that 2020 is shaping up to be a year of “incredible and strategic growth” for the brand.

A recently published study, “(Pot)Heads in Beds: The Effect of Marijuana Legalization on Hotel Occupancy in Colorado and Washington,” suggests that the Colorado hotel industry saw a significant surge in revenue after the state began legal recreational marijuana sales in 2014. Monthly revenue increased by 6.75 percent ($9.33 million) after the change in possession law and approximately 11 percent ($23.71 million) after marijuana dispensaries opened. The study, published on May 7, 2020, is available online at jrap.scholasticahq.com.

No sale for Strawberry Fields

In 2019, Denver-based Schwazze, a publicly traded marijuana conglomerate formerly known as Medicine Man Technologies (MMT), agreed to purchase more than 30 dispensaries, including those run by Colorado Harvest Company, Mesa Organics, Starbuds and Roots Rx, as well as several cannabis-growing and infused-product businesses, as reported by Westword. In September, it was announced that Schwazze planned to purchase Colorado dispensary chain Strawberry Fields for a whopping $31 million in cash, plus MMT stock. However, in April Schwazze filed with the U.S. Securities and Exchange Commission to terminate the agreement after a request from Strawberry Fields. “Our team has major developments coming into fruition and new products being released. It’s not the right time for us,” Rich Kwesell, co-owner of Strawberry Fields, told Westword regarding the decision.