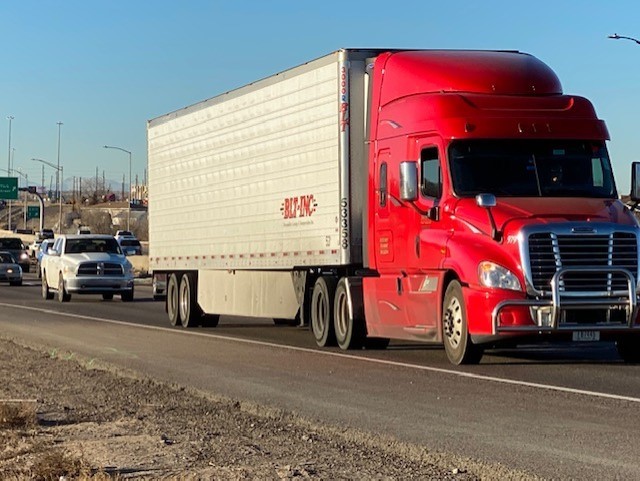 DENVER — With just two lanes in each direction, I-270 is one of the most congested highways in metro Denver.

It’s also one of the most critical roads for truck drivers and for people heading to the airport.

Some drivers don’t think it’s the safest highway in town.

“It’s in really bad shape,” said Chase Wittman. “The road is too narrow.”

“We need to add capacity to the roadway,” Rollinson said. “It needs safety improvements as well. It just needs to be brought up to modern standards.”

Without improvement, Rollison said drivers will be looking at substantial delays, higher than average crash ratings, deteriorating infrastructure and safety and operational issues for trucks.

CDOT is in the midst of an environmental assessment to determine the impact of widening the highway with an additional general purpose lane, or an express lane, in each direction.

CDOT also wants to replace six bridges along the freeway and one on Vasquez Boulevard crossing Sand Creek. The transportation agency also wants to build auxiliary lanes between select interchanges and redo the eastbound ramp off I-76.

In an online overview, Adam Parks, the manager of the project, said engineers also want to rebuild the road west of Brighton Boulevard. He said that section of I-270 was originally built over a landfill and that the pavement is sinking several inches a year, creating an undulating surface.

The other major item in the CDOT proposal is replacing the cloverleaf interchange at Vasquez Boulevard, adding standard off-ramps.

In a virtual tour of the project, Parks said congestion at the current cloverleaf would be improved with newly designed ramps. CDOT is asking the public to weigh in on the project through the virtual tour.

The entire project could cost upward of $.5 billion. CDOT says it has some funding to do the assessment, planning and engineering.

Once the assessment is finished, the Federal Highway Administration will make the decision on whether to move forward with the proposal. They expect a decision by the end of 2021.