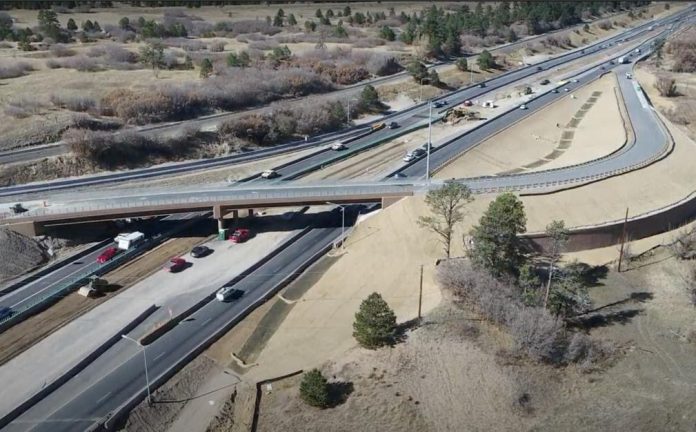 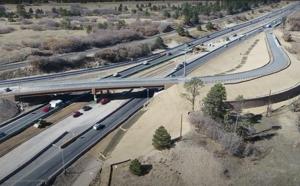 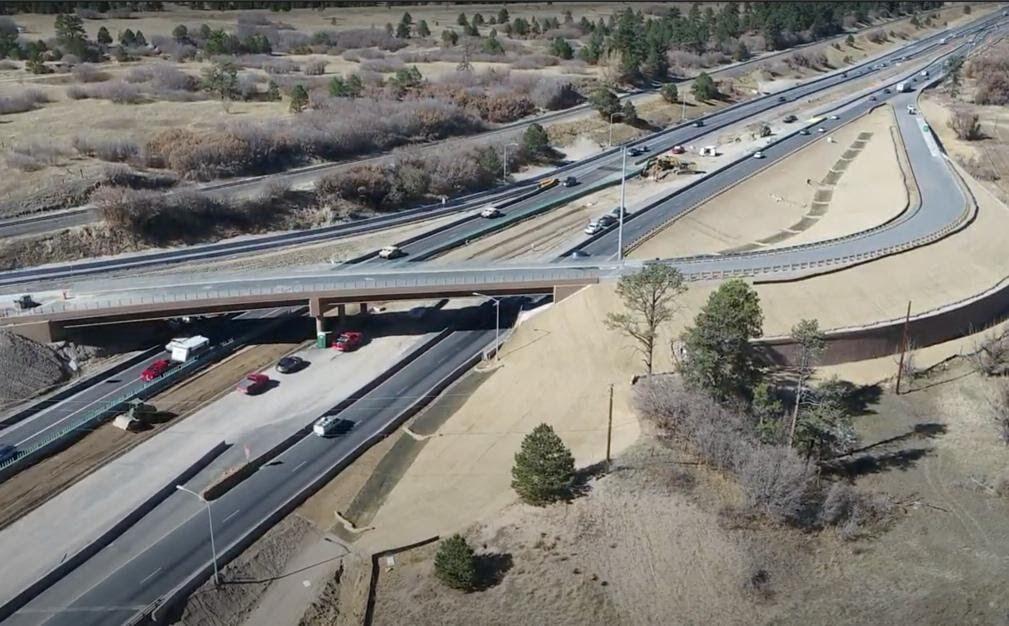 On Dec. 14, 2018 at 3:51 p.m. John Olson, an appraisal supervisor for the Colorado Department of Transportation, sent an email to an employee he managed.

At issue was the employee’s urgent complaint that proper appraisal procedures weren’t being used by “good ole boys” at the state agency, which spends billions of dollars in taxpayer money to build and maintain state highways and bridges. The employee had warned that taxpayers were on the hook for inflated costs due to inappropriate standards and ethics when the agency determines how much to pay to buy property when it widens or builds roads.

Olson emailed to the employee he managed: “So I won’t be forwarding your grievance as I don’t think your complaint has any substance behind it since you failed to revise it as I told you to. We don’t do things here that comply with the rules and that is how it’s always been done and were (sic) not going to change. Don’t worry as a state employee you have nothing to worry about as we always get away with doing things illegally.”

Olson continued that the Colorado Department of Regulatory Agencies, the agency in charge of licensing appraisers, “don’t (sic) police.”

He concluded: “Just a piece of advise (sic) keep your head down and do it as your (sic) told if you wanna make your one year … lol!”

Michael “Milo” A. Vigil did not keep his head down, state records show. Instead he warned his superiors at least eight more times of what he termed potentially illegal right-of-way acquisition procedures that he alleged were wasting as much as tens of millions of dollars over a 15-year period.

And Vigil did not make it past his one-year probationary employment term. A 20-year veteran of the appraisal industry, his employment with the Colorado Department of Transportation came to an end on March 1, 2019, when the agency fired him nearly six months after it had hired him.

Newly released documents filed with the Colorado State Personnel Board show that CDOT officials described him as a disgruntled employee who was condescending and arrogant and had poor work performance when they fired him. One sticking point, according to the agency, was that he continued to commute from Cheyenne, Wyo., instead of moving to metro Denver and didn’t always have proper computer access when he worked from home.

But a senior administrative law judge found that the whistleblower complaint Vigil filed seeking reinstatement to his job raised serious issues and “an inference of retaliatory motive.”

While acknowledging that the state Transportation Department may have had valid concerns about Vigil’s communication skills and work performance, Susan Tyburski wrote in her ruling that “the information submitted by both parties raises serious questions about whether complainant was targeted for retaliation as a whistleblower.”

Tyburski also found that Vigil, who filed a discrimination claim with the federal Equal Employment Opportunity Commission, had raised “valid issues” that also needed an evidentiary hearing to determine if he had been targeted for discriminatory treatment because he was Hispanic.

In March 2020, rather than continue to challenge Vigil’s whistleblower complaint, the Colorado Department of Transportation reached a settlement that paid Vigil $40,000 in disputed wages and changed Vigil’s termination to a resignation. The settlement, a copy of which was obtained by a Colorado Open Records Act request, requires Vigil to refrain from making any disparaging remarks about the state agency or its employees and from pursuing any litigation. He declined comment for this story.

CDOT specified in the settlement that it was not admitting any wrongdoing. As part of the settlement, CDOT agreed it would provide “neutral” job references to any prospective employers of Vigil.

Matthew Inzeo, a spokesman for CDOT, said the agency investigated Vigil’s accusations “and found his claims without merit.”

“CDOT encourages concerned employees to come forward with any concerns, whether through the whistleblower process, human resources, or through supervisory channels, and the department makes it a priority to investigate concerns fully and impartially,” Inzeo said in a prepared statement. “Under no circumstances does CDOT tolerate illegal behavior. Nor does the department tolerate behavior that violates basic professional standards, and we rely on the state’s performance management process to determine appropriate personnel actions in the event that issues emerge.”

Vigil’s former supervisor, Olson, did not respond to emails and telephone messages seeking comment. He remains employed by CDOT as a supervisor.

Vigil’s dispute with the agency while working there became severe, records filed in the case show. CDOT hired him in August of 2018 to work as a review appraiser in the region of the state encompassing the Denver metro area, stretching across Denver, Gilpin, Jefferson, Douglas, Arapahoe and Adams counties. Vigil began raising concerns after Olson asked him to help review 27 appraisals related to a federal-aid transportation project in Arvada, records filed in the case show. Vigil said he found substantial deficiencies in the appraisal work, which prompted a meeting between those who had done the appraisals and Vigil and Olson.

In one memo to Olson, Vigil detailed his concerns, touting 20 years of appraisal experience and a background with multiple years of litigation. He detailed in that memo that he had an obligation to “cure any deficiencies and accomplish corrections” when reviewing shoddy appraisal work and “should not have to worry about my credibility being destroyed” as a result.

When Vigil felt his concerns were being brushed off, he took them up the chain of command, meeting with Christine Rees, the Colorado Department of Transportation’s right-of-way manager.

He attached as an exhibit in his case a link to a recording of that meeting, which no longer can be accessed. He also provided a partial transcription of the recording, which shows Rees stated during the meeting, “Our culture is kinda twisted.” Rees also said during the meeting that “they drink like fish” in the appraisal program, and that she was “dealing with other issues with the appraisal program,” according to the partial transcription.

“They’re kind of like pit bulls that haven’t been trained right or raised well, you know,” Rees also stated, according to the transcription. And she told Vigil that she believed he was the agency’s first Hispanic appraiser and urged him to document when others in the appraisal program made him uncomfortable because of his ethnicity, the transcript shows.

Months later, in February 2019, Vigil raised concerns with Rees again, sending her four memos. In one he warned that he had found instances where CDOT appraisers had selected in-house higher price appraisals for purchase of property even when the property owner’s own appraiser had determined the property had a lower, more valid, value.

In one such scenario, the agency had gone with a $26,500 purchase value even though the owner’s appraiser had found the value was really just $9,800. While that may seem like a small difference, “if you consider every project, every acquisition statewide, over the past 15 years this number could easily be well in the tens of millions of dollars,” Vigil wrote to his superiors.

He forwarded to Rees an email from CDOT appraisal operations manager Mark Pope instructing his staff that it was better in such instance to have the state agency pay the higher land value instead of the owner’s lower property value.

“Appraisal is not an exact science,” Pope wrote to the staff, adding that choosing to pay the lower value, which actually would save taxpayer money, could cause the public to lose confidence in CDOT staff appraisals, which were finding the property to be worth more than property owners themselves were asserting.

In another memo, Vigil alerted Rees that appraisal staff weren’t keeping required documentation of their appraisal work in their files, and that not doing so was “extremely unethical.”

“Trial judges have very little patience for appraisers who change their reports after consultation with counsel and then claim to have destroyed the earlier reports,” he wrote to her. “Sanctions have been imposed and affirmed.” He detailed two court cases where that had occurred.

Two days after Vigil wrote his concerns to Rees, she looped in other managers at the Colorado Department of Transportation, writing to them in an email, “We have a probationary employee who would like to wag the dog.”

“His continuous written pronouncements and accusations of illegal activity by CDOT and fee appraisers are not remotely accurate,” she wrote, adding that Vigil “continued to malign individuals with his disrespectful, grossly inaccurate claims.”

In his filings with the state personnel board, Vigil recited the agency’s values as printed on posters displayed in the main entrance of the agency’s headquarters and throughout the building and posted on agency emails: Safety, people, integrity, customer service, excellence and respect.

“My intentions were never to ‘wag the dog,’ send out a barrage of emails, file a grievance, or withdraw from assignments,” his filing states. “My intentions were just to complete my working assignments according to the agreed to Scope of Work (SOW), by following federal and state statute, legally.”