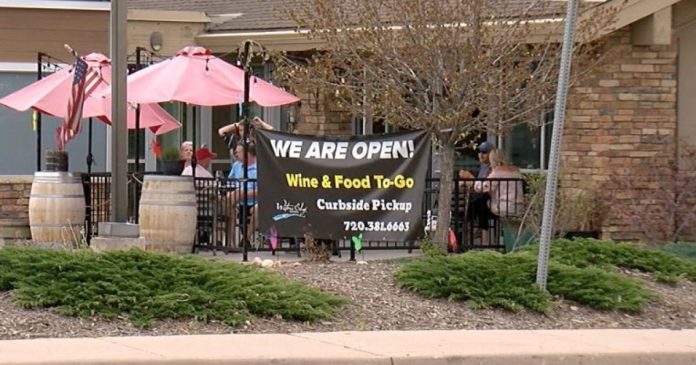 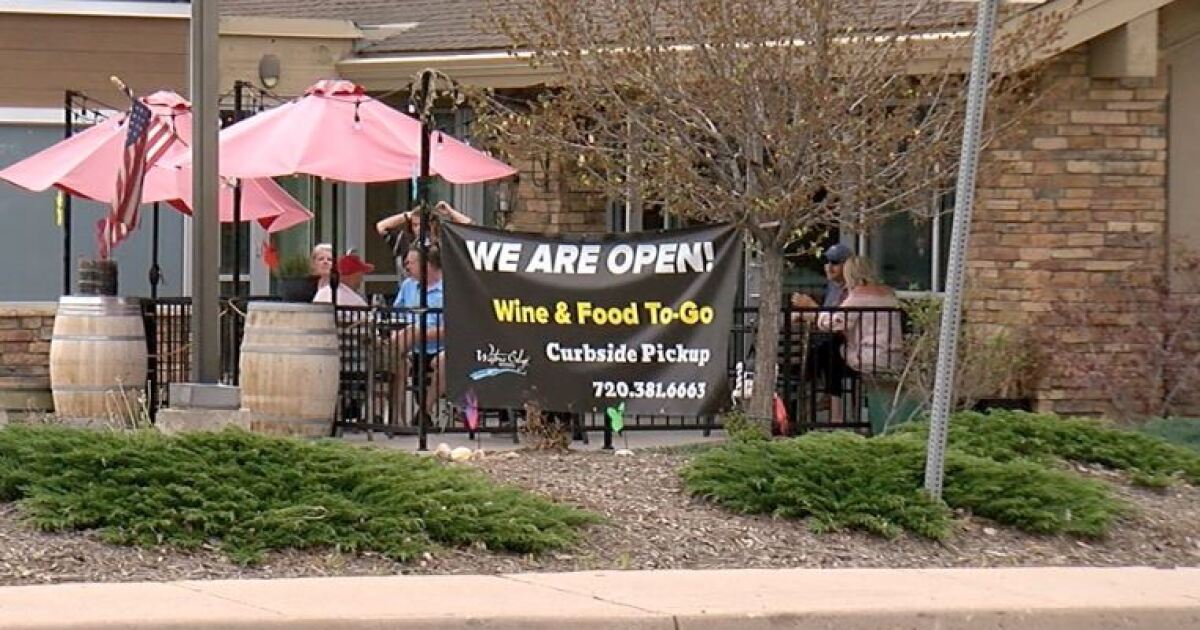 CENTENNIAL, Colo. – A Centennial bistro which remained opened even after receiving several warnings to comply with the Tri-County Health Department’s public health order was told to shut down operations Thursday afternoon.

Waters Edge Winery & Bistro was ordered to close immediately and to remain closed until the Tri-County Health Department determines the restaurant is following the department’s public health order, which does not allow restaurants to operate for dine-in service.

The measure followed more than a dozen complaints about the bistro, which boasted about their Cinco de Mayo celebration on their Facebook page.

On Monday, Denver7 went undercover into the restaurant and found the patio buzzing with patrons. At least nine people were sitting outside. A sign advertised “wine and food to-go,” but much more was offered inside.

“You are welcome to sit wherever, we do have seating in the back parking lot,” a waitress said.

As the minutes ticked away, more customers trickled in to dine at the restaurant and no one was wearing a mask.

Denver7 located the owner of the bistro, Jennifer Hulan, and asked if she thought it was too early to be open.

“We are about freedom here,” she said.

The owner openly admitted they opened their doors on May 1.

Hulan said she was, “doing it against the governor’s orders” and added that “the health department was calling me, the attorney general was calling me. I have been putting out fires.”

She initially offered to sit down and talk, but then backtracked.

“I’m a small business owner with my house on the line,” she said.

A Tri-County Health Department spokesperson told Denver7 they had contacted Hulan on Friday and issued a warning on Tuesday.

Hulan told Denver7 she had 24 hours to comply with the health department.

“We regret having to take this step at a time that we are proactively working with businesses across our three counties to help them open up safely under the Governors Public Health orders,” said John M. Douglas, Jr., MD, Executive Director of Tri-County Health Department.

He continued, “However, the choice of one business not to comply with rules by which others are abiding is unfair to the rest of the community and the sacrifices that so many are making to keep transmission of COVID-19 under control while we are taking steps to cautiously re-open our businesses. We sincerely hope that Water’s Edge will choose to cooperate with the rules under which they are allowed to operate so we can lift this closure order.”

In a statement, a spokesperson for the TCHD said that under state statue, Tri-County Health is responsible for enforcing the state’s public health orders as well as their own.