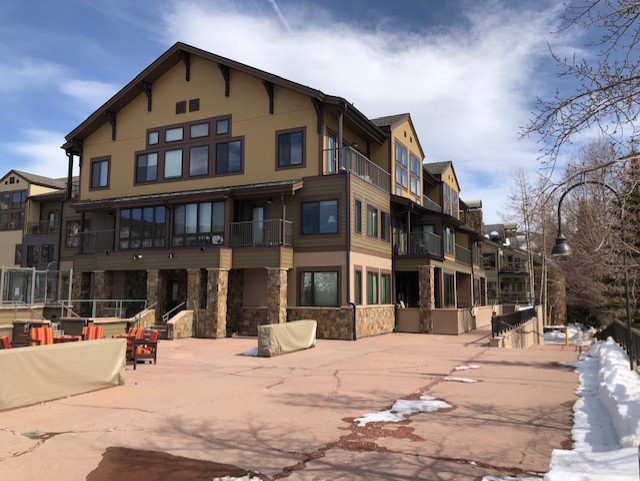 SUMMIT COUNTY, Colo. — A Centennial family staying in the same condominium complex where a skier who later tested positive for the novel coronavirus spent several days, says they’re concerned, but not enough to change plans.

Chad and Jenny Miller rented a condo in the Slopeside complex for a weekend of skiing with their two young children.

They were surprised to learn that one of the people who tested positive for coronavirus had stayed at the Slopeside in late February and early March.

The young mom said she’d heard one of the cases involved a young man who had been skiing in Summit County.

“I actually googled Keystone,” she said. “I didn’t know he stayed here, so we’re actually concerned knowing it was in our building. It’s worrisome.”

In a news release, the Summit County Public Health Department said they were “able to determine that the unit has not been occupied by any guests since the infected person’s departure. One cleaning worker entered the unit approximately 23 hours after the infected individual checked out. The worker’s risk of having contracting the virus is considered to be very low.”

The release also stated that “according to CDC guidance to in-home family members of people who are infectious with COVID-19, intermediary surfaces are generally not considered capable of transmitting the novel coronavirus after two hours following contact by the infectious person. According to CDPHE, there is not any risk of the worker passing on novel coronavirus infection by cleaning other units after cleaning the unit occupied by the infected person.”

Summit County Environmental Health Manager Dan Hendershott told Denver7 there was no health concern for folks who were staying in any of the adjoining units.

The Millers told Denver7 they’re not planning to cut their visit short.

“For what you pay for skiing and a condo, we’re going to go for it,” Chad Miller said. “You’ve got to keep living.”

A Denver7 crew spotted workers spritzing and wiping down surfaces in the common areas of the complex Friday afternoon.

Vail Resorts posted a release on its website stating that individual who tested positive for the new virus stayed in a unit at Slopeside that is not owned or managed by Vail Resorts.

“We manage the building’s Homeowners Association, which oversees the maintenance of all common areas,” the release stated. “We have followed all guidance from Summit County Public Health regarding the cleaning and disinfecting of all common areas.”

The Colorado Department of Public Health and Environment reiterated Friday morning that the risk to the general public is low.

Friday was a busy day at Keystone as skiers and boarders took advantage of the spring-like weather to get in a few runs.

When asked if he’d heard that one of the coronavirus victims had been skiing at Keystone, snowboarder T. Jacks said, “I’m not worried. You know, you’re skiing on the mountain, you’re really not interacting with any corona. I’m not going to change anything.”

Colorado Ski Country USA said many ski areas are getting calls from prospective guests, and that “most are still choosing to travel.”

Spokesman Chris Linsmayer said the ski areas are telling prospective guests what steps are being taken to clean and disinfect common areas.