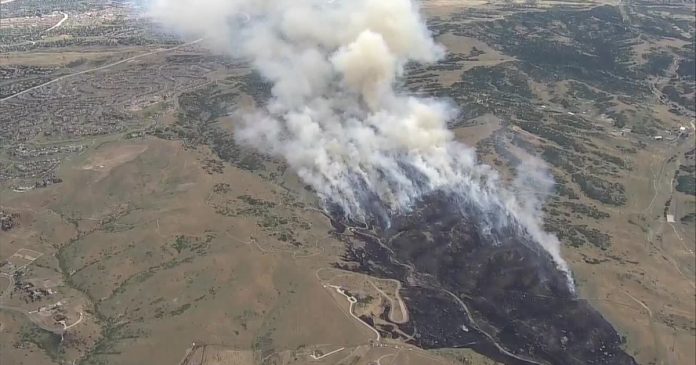 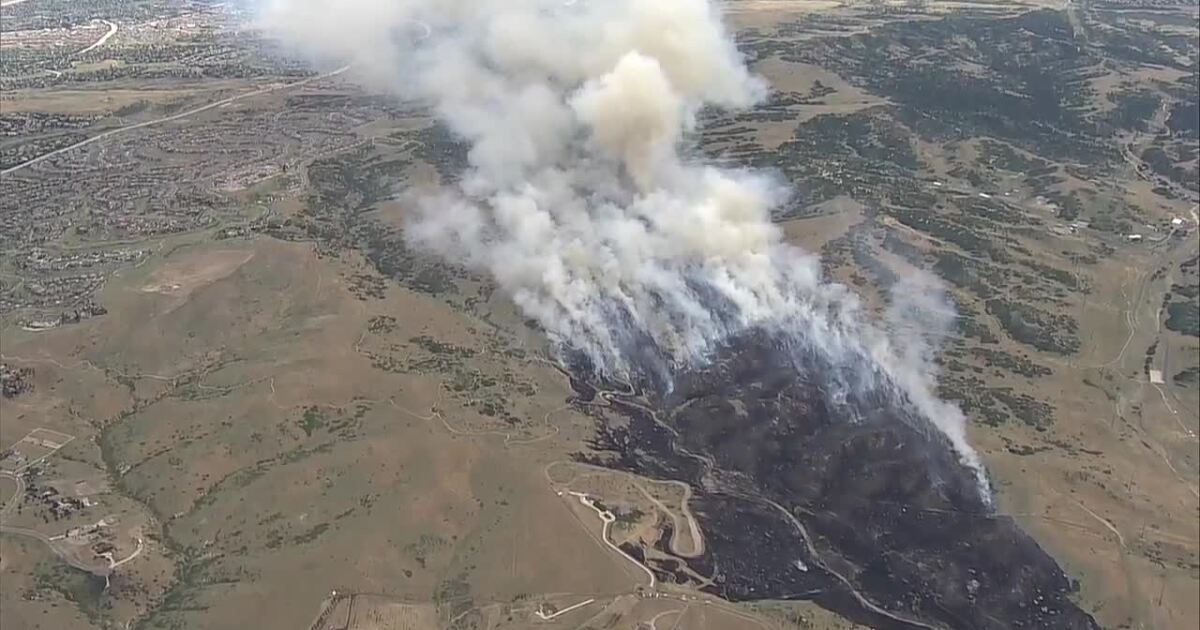 The fire, called the Chatridge 2 Fire, started shortly before 10 a.m. Monday north of Louviers and south of Highlands Ranch – in northwestern Douglas County. South Metro Fire Rescue brought in ground crews and a helicopter to try to limit the fire’s spread. It is in the same area as a fire that burned 205 acres in October 2016.

By 12:20 p.m., the fire had grown to 267 acres and was 60% contained, South Metro Fire Rescue said. The department said there is still “a moderate risk of forward spread.”

Two homes were protected from flames by firefighters, and just before 11:30 a.m., the Douglas County Sheriff’s Office ordered the evacuation of the BackCountry community and the trails south as a precautionary measure, which the sheriff’s office said included several hundred homes. The Highlands Ranch Law Enforcement Training Facility near Highway 85 and Ron King Trail was also evacuated as a precaution.

The sheriff’s office said that people who have been evacuated should go to ThunderRidge High School and remain in their cars awaiting further instructions. People with large and small animals that have to evacuate are asked to take them to the Douglas County Fairgrounds.

A total of 964 alerts went out to area residents, with 706 of the notifications being received, the sheriff’s office said.

Firefighters are dealing with gusty winds, dry brush and hilly terrain, and the fire department said around 10:45 a.m. that the fire was “moving at a rapid rate of spread.”

A second alarm was called for the fire to bring in additional resources, including firefighters and two brush trucks from West Metro Fire. By 12:30 p.m., there were two large air tankers, two small engine air tankers, one helicopter, one lead plane and one multi-mission aircraft that had been ordered to the fire.

The sheriff’s office said it did not yet know the cause of the fire.

There are fire weather watches in effect for most of the state Monday, and some red flag warnings in effect for southern and eastern Colorado. The state is also seeing its worst drought conditions in more than a year.