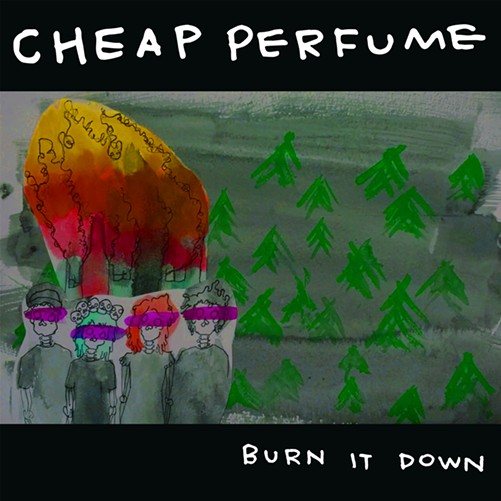 Cheap Perfume, Burn It Down (Snappy Little Numbers) – Colorado Springs-based Cheap Perfume has developed a national reputation as a proponent of the riot grrrl punk ethos. There’s been plenty of punk posturing over the decades, but the political wisdom of Crass, Bikini Kill or Bad Religion remains rare. This eight-track EP places the band in that category, with the wide dynamic range of clear engineering placing Stephanie Byrne’s and Jane No’s vocals on top of buzz-saw guitars. New tracks like “Fauxminimism” join such crowd pleasers as “Time’s Up” and “It’s OK to Punch Nazis.”

FKA Twigs, Magdalene (Young Turks) – British-Jamaican singer Tahliah Barnett carved a niche in the strange space of otherworldly storytelling inhabited by Janelle Monáe and Sophie. Yet where Twigs’ 2014 space epic LP1 was almost devoid of beats, the new album is rhythmically vivid and personally vulnerable in tracks like “Home With You.” But fear not, lovers of the offbeat — Twigs aims for the strange above all.

Editor’s note: The Cheap Perfume review has been updated with Jane No’s stage name, and the title of “Fauxminimism” has been corrected.