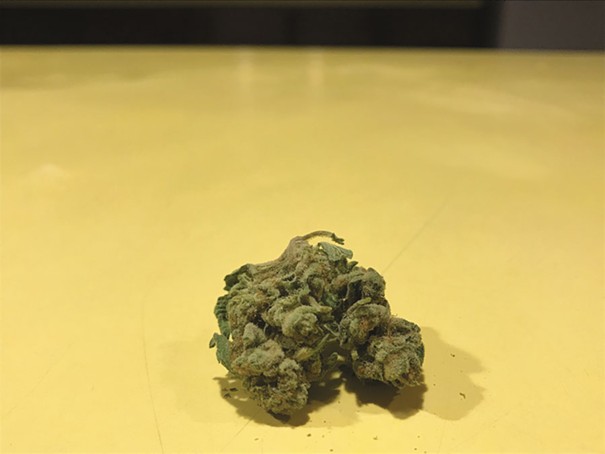 How does paranoia manifest post-legalization? I think it’s safe to say that at least part of what fueled many of those youthful swan dives into anxious thoughts while smoking was the pretty real and very scary possibility that the cops might show up and do what cops do — none of it good. A loud bang outside, a knock on the door and oh shit dude, hide it man, what if it’s the cops? Now, the paranoia remains even if the po-po coming for your pot is a thing of the past, and so where does all that anxiety end up?

For me, I’ve noticed it means my paranoia has amplified and widened. Mentally, I’ve raised the stakes — my mind jumps right to the worst stuff. Without the cops or parents to worry about, I think about the apocalypse. Some loud clang outside and here we go, it is The End, Trump’s gone and done it, said something super stupid, caused a war, launched a nuke. Even a little bit of Cindy 99 from a joint got me spinning, and by the time I left my house I was convinced I’d forgotten to put the joint out and I was going to come home to an apartment in flames.

Really, I was just very high in a freaked-out, tweaked-out way that felt almost novel in 2019: The weed was controlling me, I wasn’t controlling it. Which just doesn’t happen as much these days, because you can go to any number of places online or hey, your town’s alt-weekly, and learn maybe too much about a certain strain and somewhat predict how it’ll hit you.

So yeah, Cindy 99. It combines Jack Herer (from a previous review: “a narrow high, changing a little all of the time with pain relief coming in the form of a shooting calm touched by a dancing in your bones, and you’ll get really relaxed but engaged, when you’re up for it”) and Shiva Skunk, a beefy Indica with an appropriately destruction-related name. Cindy is Sativa-dominant, so it’ll make you a little jumpy and your mind will free associate — and as a result, you’ll be more than a little paranoid — and its cumbersome high eventually puts you out and lets your mind recline.

And it’s good for growing indoors because it doesn’t get tall — the plants are kind of frumpy-looking — and yields a lot, and I think that’s what unleashed a little bit of retromania in me. It’s a strain bound by some of those pre-legalization restrictions, back when dudes were growing more inside or were not quite tending to the buds as much as was necessary. This is really good stuff by 20-years-ago-and-illegal standards and by current standards, it’s in-the-pocket.